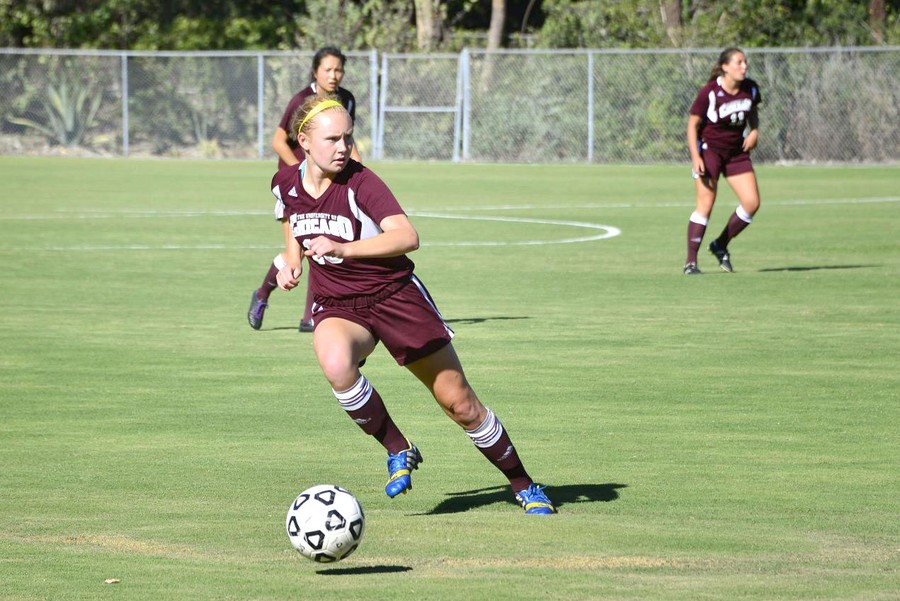 The Maroons may have begun their season with a hot start, winning nine of their first 10 matches, but now they find themselves in the midst of a tough stretch of opponents.

In a closely contested match, the No. 12 South Siders opened UAA play with a 2–1 loss against the undefeated Tartans of Carnegie Mellon last Saturday. Despite the outcome, it was a competitive contest; Chicago outshot Carnegie 13 to 12, while each side conceded six corners and put up an equal number of shots on target. The 2–1 loss was a disappointing result for the Maroons, but one that they hope to reverse in the near future.

However, the road doesn’t get any easier. Chicago’s next opponent will be the undefeated No. 4 Eagles of Emory, an opponent that the Maroons have not defeated in their last two meetings. In fact, in their previous match, Chicago managed only four shots on goal to Emory’s eleven, a major contributor to the Maroons’ bitter 2–0 loss.

Despite the recent misfortune, the Maroons, propelled by a strong year of preparation and results, will head into their October 11th contest with a renewed intensity, focus, and drive.

“We have to start the match a lot more prepared to battle and play physical,” said third-year forward Mary Bittner. “Emory is a tough team, and we need to be ready from the initial whistle.

“The attitude going into Emory is that we can and will compete with one of the top teams in the country. Emory is one of our biggest rivals, so we are ready to compete.”

A tough, physical match is certainly expected. Each team boasts a stubborn defense: Chicago has shut out seven of its 11 opponents, while Emory has shut out its foes in six of their 10 matches on the year. While Chicago hopes this upcoming match will improve its 9–2 record, the Eagles hope to keep their 7–0–3 record clean.

But for the Maroons, the coming weeks have greater implications, as the matches garner an increased significance as the playoffs approach. Each contest will be a chance for Chicago to fine-tune its defensive prowess, to improve its creativity in the midfield, and to measure itself against the nation’s most elite squads.

Certainly, there is increased apprehension and anticipation among the Maroons. Something greater looms on the horizon. The next match against Emory is perhaps the first step Chicago will take in achieving its paramount goal.

“All of our conference matches are very important. The UAA is the top DIII conference in women’s soccer, and our performance in these game will determine how prepared we are for the ultimate test, the NCAA tournament,” Bittner said.

The Maroons will head down to Atlanta to take on the Eagles at 12:30 p.m. tomorrow.