Dancing around the topic

How do we address cultural differences without being stereotypical? 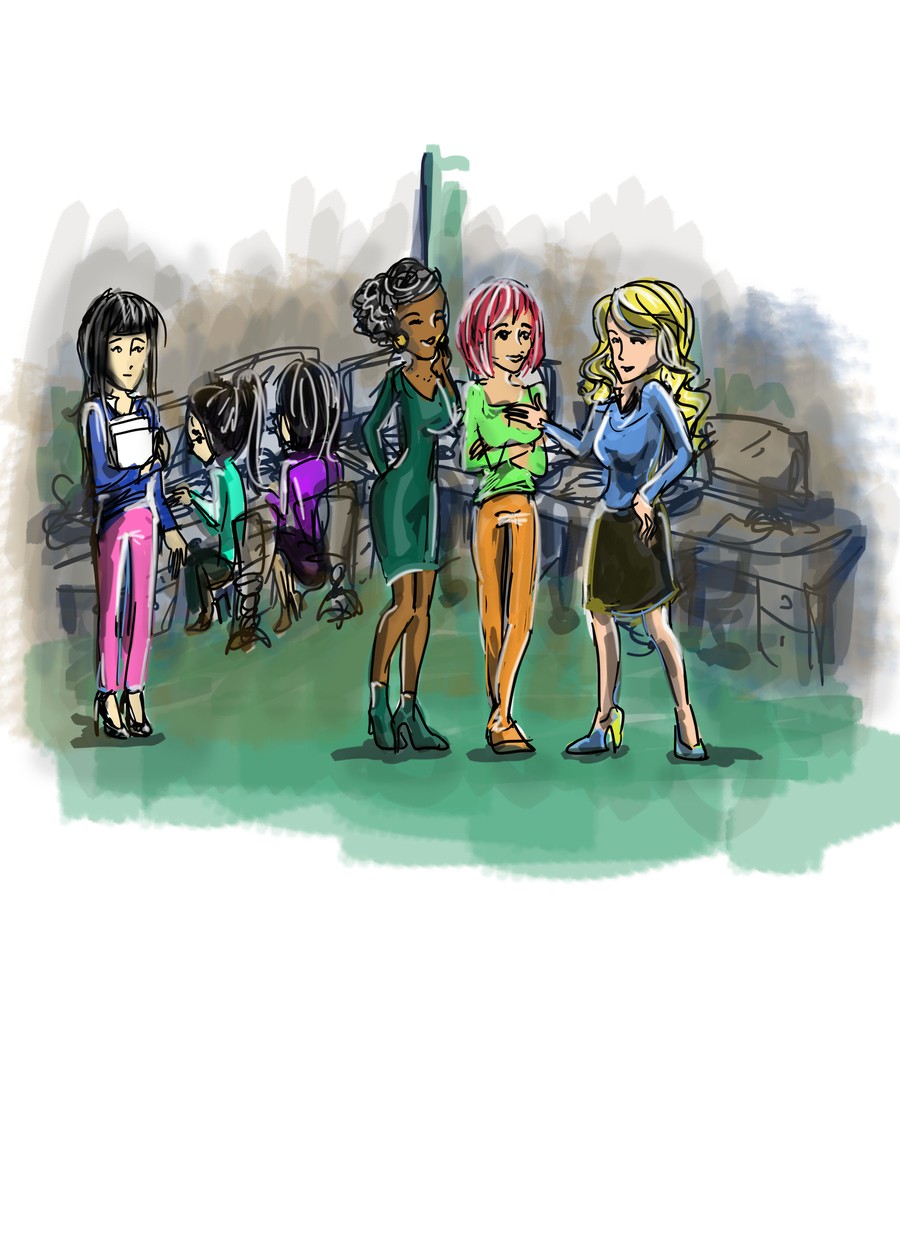 One premise that I’ve heard in pretty much every single class I’ve ever taken here at this university is that culture and environment play integral roles in shaping people. And yet identifying such trends in my own experiences as an Asian American has proven to be a complex dance of tiptoeing past stereotypes and maneuvering around overly general (and potentially offensive) semantics.

Watch. Let’s try dancing between two settings from this past summer that prompted me to consider how Asian-ness affected my social interactions.

The first occurred when talking with some friends; I casually mentioned that I tried hockey this past year. “I didn’t know you were doing that!” one of them said, shocked,  “How come you never told us?” almost as if I’d offended her. To me, the answer was simple—because she had never asked.

After starting school at UChicago, I spent a lot more time around people who grew up in culturally East Asian households. With these friends, I noticed most of our conversation was driven by questions: I ask them about their lives with a subconscious expectation of being asked back. There is a certain hesitancy to divulge details about our lives and opinions without prompting--a characteristic not shared with my other groups of friends, especially non-Asian ones. On the contrary, as my friend above demonstrated, there’s an expectation for me to inform them about myself proactively.

Let’s twirl out of this scenario into the second, at my workplace, where, as the only quarter–system student, I started work almost a whole month after everybody else. The other interns already seemed very familiar with each other, easily picking up on each other’s references and occasionally stepping out to coffee together. I assumed I would quickly catch up.

In that intern room, all the desks lined up along the sides of the room were facing the walls. Occasionally, all the other interns would converse by turning away from their computers and toward the center of the room—except, I realized, for the three Asian girls in the corner (literally—we were all assigned cubicles in one corner, next to each other), myself included, who remained facing our computers while the conversation went on behind us.

As I listened to the conversations flowing behind and without me, I found myself facing a degree of social anxiety that I thought I had grown out of since coming to college. I found myself hesitant to make comments and join the conversation, going over my words with an all-too familiar paranoia about how they would be received. I began to re-examine the social circumstances in which I felt comfortable being outgoing and circumstances such as these, where my E.Q. sinks to my middle -chool levels (atrociously low).

These observations triggered a series of connections for me between the off hand comments of my non-Asian peers about Asians being exclusive to my feelings of isolation in predominantly white settings. And I realized that, at my job, the other interns weren’t excluding me, I just wasn’t actively including myself.

But see how my dancing has become dangerous? I’m promoting the stereotype of Asian women as submissive and white women as outspoken. There is a lot of discourse that focuses on debunking stereotypes by showing real life exceptions, which is great. Showcasing an individual’s uniqueness, transcendent of all societal labels, is completely necessary. But how do I deal with the problem of stereotypes in real-life situations where they aren’t so loudly and clearly destroyed?

The fact that there are especially vocally assertive Asian females in American society is not sufficient reason to invalidate my observation that many of my female Asian friends are not. In the case of trying to understand my summer experiences, a focus on pushing back against a stereotype is relatively unhelpful, because I’m not trying to push against the character traits that others have ascribed to me as an Asian woman—I’m trying to work with the ones I do have as a result of my being an Asian woman.

Ultimately, people are people, but people are also inevitably shaped by the influences of the society around them. And while this view is so readily acknowledged and studied in academic discourse, it doesn’t seem as readily applied to constructively improving interpersonal relationships, probably because there are a lot of ways that could go wrong. At some point stereotypes are just stereotypes, and there are many dangers in assuming that one or two aspects apply to a multitude of personalities simply because people are of the same ethnicity. However, being able to observe this trend within myself led me to some insights about my interactions with others.

One group expects the other to speak; the other asks and expects to be asked back. And when these two types of conversationalists interact, the former leaves with the idea that the latter is closed off, while the latter leaves with the idea that the former is uninterested. But this isn’t the case, and realizing that communication was breaking down between me and my fellow interns because of different expectations of that communication enabled me to adjust and strengthen my relationships with them.

There’s no denying that discourse around stereotypes is a complicated and delicate balance, but if that effort can result in deeper, more genuine forms of integration and understanding across barriers, the dance is worth it.

Grace Koh is a third-year in the College majoring in political science.