The Bench with Will Dart 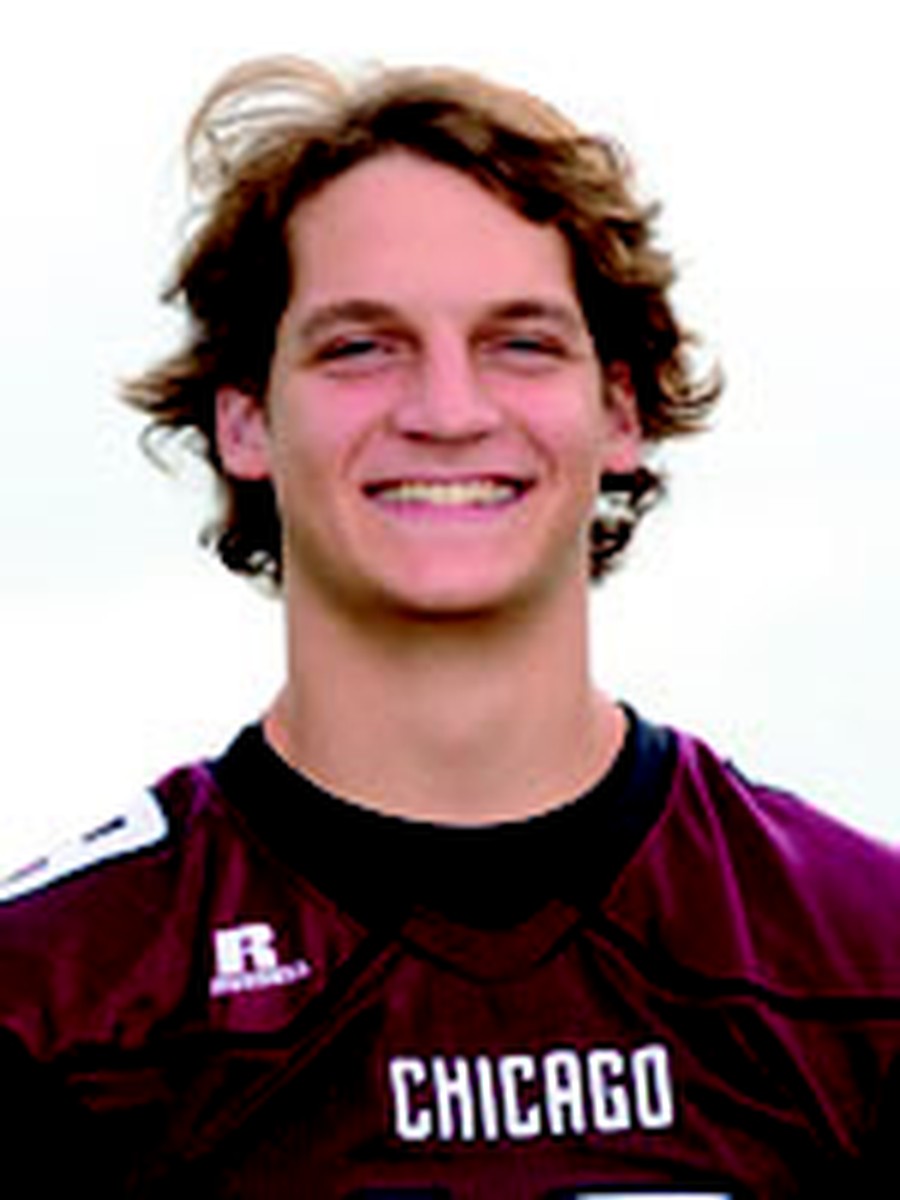 Chicago Maroon: So, what are some of the ups and downs of riding the bench?

Burke Moser: I think backup QB is a great position to be. You can still be a QB, but you don’t have all the pressure of the games. At the same time, though, you still have to prepare for the games just in case, so you pretty much have to study for the test, knowing you might not have to take it. It’s not always fun being a backup; early in the career, though, it’s fine.

BM: There’s a good chance that happened. I think there was a noon game once—a few too many cocktails were consumed, somehow, in the a.m. and I did hear a few “Put my boy in” yells, yeah. I had a good feeling that they were about me. So I’m gonna say probably.

CM: Do you secretly think of yourself as a deeply gifted athlete who the coach just misunderstood this entire time?

BM: Not really. The guys playing in front of me were good, and they were also my friends, so it was good to see them progress, see them succeed, and I don’t think I’ve been slighted by the coaches. There’s no chip on my shoulder.

CM: And how did you pass your time on the bench? Game Boy, perhaps? Yu-Gi-Oh! matches?

BM: Mainly just joking around and being a distraction, actually. I’d play a lot of jokes on people, steal their helmets, maybe. At times it would be funny to some guys…at times, not.

CM: Anything to lighten the tension of those tense UChicago games, right?

CM: Did your butt ever get sore while bench riding? And how did you deal with it?

BM: It did get sore, especially in the cold; that bench was just freezing. So it was important to move around, maybe use a jacket for more comfortable seating on that cold metal.

CM: You’re probably coming off the bench next year. Would you think about installing a replica bench as your desk chair, just to make the transition easier?

BM: Yes. Definitely a little model of a bench or something, just as a reminder of where I belong, and where I’m coming from. The bench will always have a place in my heart.

CM: You’ve been compared to a late-career Doug Flutie by some people in the past, and by “some people,” I mean the Maroon, and by “in the past,” I mean right now. How do you respond to that?

BM: I can accept that. Flutie certainly had some bright spots, and he’s well remembered for it. Obviously I’d like to be compared to someone better, but, hey, you’ve gotta take these things as they come; just take them in stride and move on.

CM: Fair enough. I understand you’re an economics major—how does that inform your style of play?

BM: I’m a very practical thinker out there. Sometimes you gotta cut your losses, cut the costs for a bigger gain. And, when the demand from the fans is there, I gotta supply them with what they need.

CM: You’re part of a unique subculture at this school, being a student-athlete. Basically what I’m asking is: Do you wear boat shoes?

BM: Definitely. I’m a big advocate of boat shoes any time of year. Even in these cold winter months, you’re gonna see me wearing boat shoes more often than not.

CM: And salmon-colored shorts: Yes or no?

BM: I do own a pair. But I’m going to start moving away from pastels in the future.

CM: Me too. And as for student cafes: Do you prefer Cobb or Harper?

BM: I love Cobb’s music, and I can respect their aggression on the volume side. But that’s about the only one I frequent, besides Einstein for Shake Wednesday, of course. (Editor’s note: Moser was consuming a shake during this interview.)

CM: Interesting. And who do you think eats the cake balls at the Div School? Anyone?

BM: There’s really no evidence I can provide that proves anyone eats those.

CM: Speaking of cake: Would you describe yourself as bulking or cutting at this point?

BM: I always try to stay fit, as opposed to putting on weight. At the same time, I wouldn’t really say I’m trying to cut, either. So I guess you could say I’m just maintaining.

CM: What’s a free Saturday look like for you? Bubble baths? Shower beers? Do you bake?

BM: For Saturday, shower beer is definitely the play. Sunday’s usually reserved for personal activities: you know, baking (cookies are my go to; gotta love the dough), cooking, maybe even catch up on some studying, or some Netflix.

CM: To that I would ask: when you’re shower beering, what’s the beer play? And what’s on the Netflix playlist?

CM: ...which is almost as watery as the shower itself.

BM: Right, it kinda blends in. I’ll usually wash the shampoo out with the Bud Light, actually.

CM: Finally: Who’s the sexiest player on the football team? And why is it [third-year] Jake Romeo?

BM: Romeo does have it going on, it’s true. I can’t explain it, really. When it’s like eight in the morning—we just finished a freezing practice—and everyone’s showered, kinda looking a little rugged, he’s just perfectly polished. It’s crazy. I think a lot of guys on the team are trying to catch him, and, moving off the bench, I do want to throw my hat in the ring, see what Jake’s got when the pressure’s on.

CM: You gotta get that hair gel that he uses.

BM: Some product is definitely going in the hair.