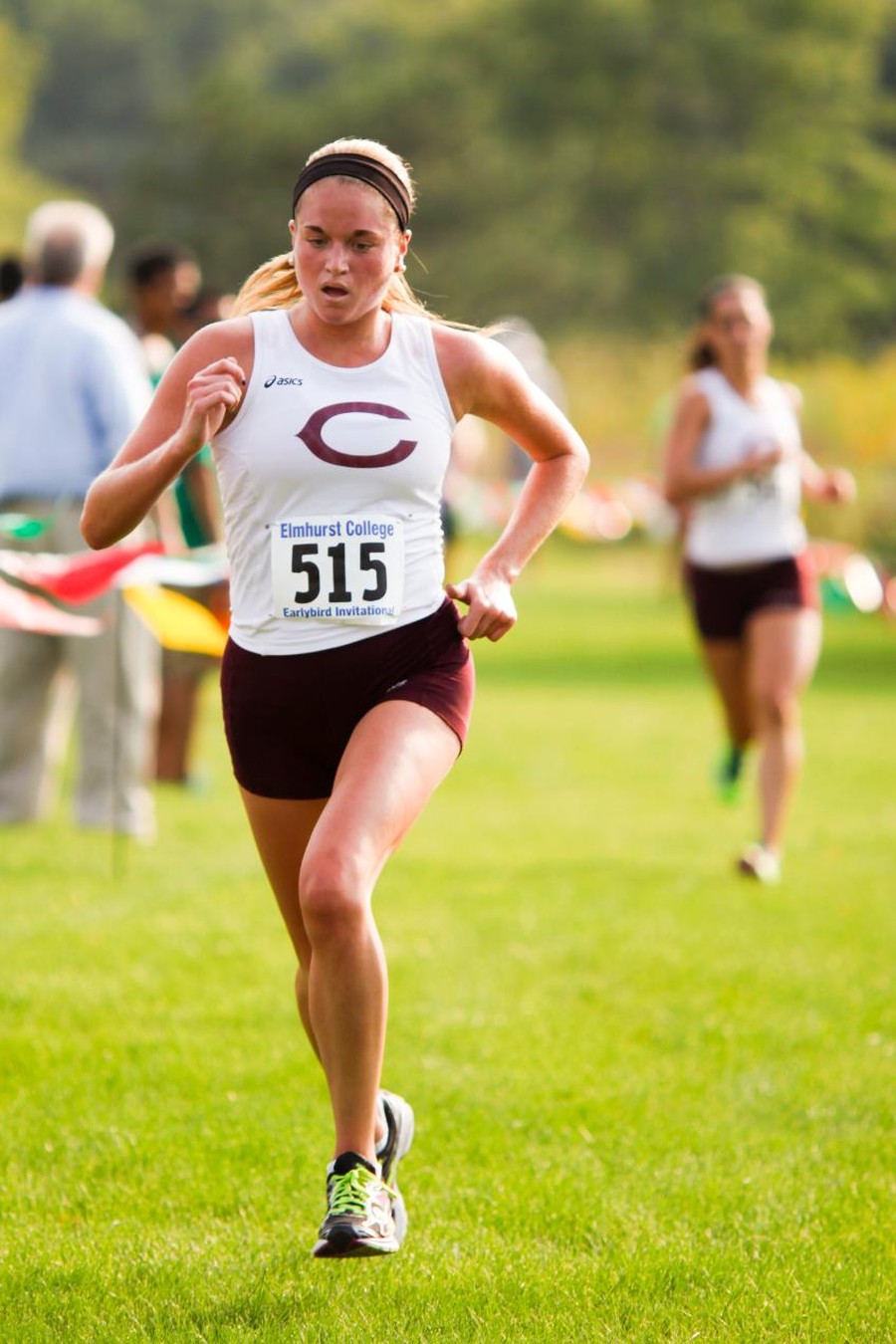 The Maroon women’s cross country team, along with men’s team individual third-year Michael Frasco departed to Mason, Ohio this weekend. They returned with with more than they arrived with, as they brought home strong finishes all around, including an All-American finish by third-year Catherine Young.

The women’s team put the finishing touches on their collective season with a 12th place finish among a field of 32 teams in the NCAA DIII Championships. Meanwhile, Frasco was the 61st runner to cross the finish line in the men’s race.

Young led the program as the 27th runner to finish the 6-kilometer women’s race, crossing the line with a time of 22:21.0, earning All-American honors in the process for the second year in a row.

“It feels pretty great,” Young said on her performance. “After a couple stress fractures last year took me out of running and competing, I really put in a lot of work and time in order to cross-train enough and not lose any fitness from not being able to run. It has been tough, but this weekend made it all worth it.”

Young achieved All-American status for the first time last year with a ninth place finish, with a time of 21:31.5. Fellow third-year Brianna Hickey finished second for the Maroons with a 59th place finish (22:52.5). Finally, third-year Maggie Cornelius and fourth-year Isabella Penido rounded out the top four for the South Siders.

Frasco, the only Maroon competing in the men’s 8K, was looking for his first All-American award. However, he fell short of the distinction as his 61st place finish out of 280 competitors was not enough.

“Unfortunately, I didn’t think I was able to tap into 100 percent of my potential,” Frasco said, “I believe I was fit enough to become an All-American, so I am a little disappointed with my performance. However, I believe that worrying about results is the wrong way to approach running and division III athletics.”

Frasco stressed that, at this level of competition, he is most proud of the quality of his work ethic and the team’s ability to endure such a strenuous competitive season, both physically and mentally. He also noted that defining one’s goal as winning a race, or becoming an All-American, was the wrong way to define success.

“Being able to stay mentally focused enough to consistently push yourself to extreme physical limits is what makes cross country so difficult,” Frasco said. “I am more proud of the consistent and high-quality training that I experienced since the first days of the summer. I am more proud of the positive attitude with which my teammates and I approached each run. And I am most proud of the quality of the friendships that developed throughout the season.”

The women’s team also benefitted from the cohesion that developed throughout their season, and they all hope to build on their successes when the season starts up again next year.

“I think the team did great this weekend and this entire season. To be the 12th best team in the nation is a huge accomplishment, especially with three freshmen racing for points in the national meet,” Young said of the team’s accomplishments. “With a year’s worth of experience under them now, I feel our team is primed for amazing success next year.”

The Maroons will spend the next few days reflecting on their outdoor season before beginning conditioning once again in the next few weeks in preparation for the indoor season during the course of the winter.