“The real question as an entrepreneur is not, ‘Are you the smartest?’ but [if] you can relate what you know....” 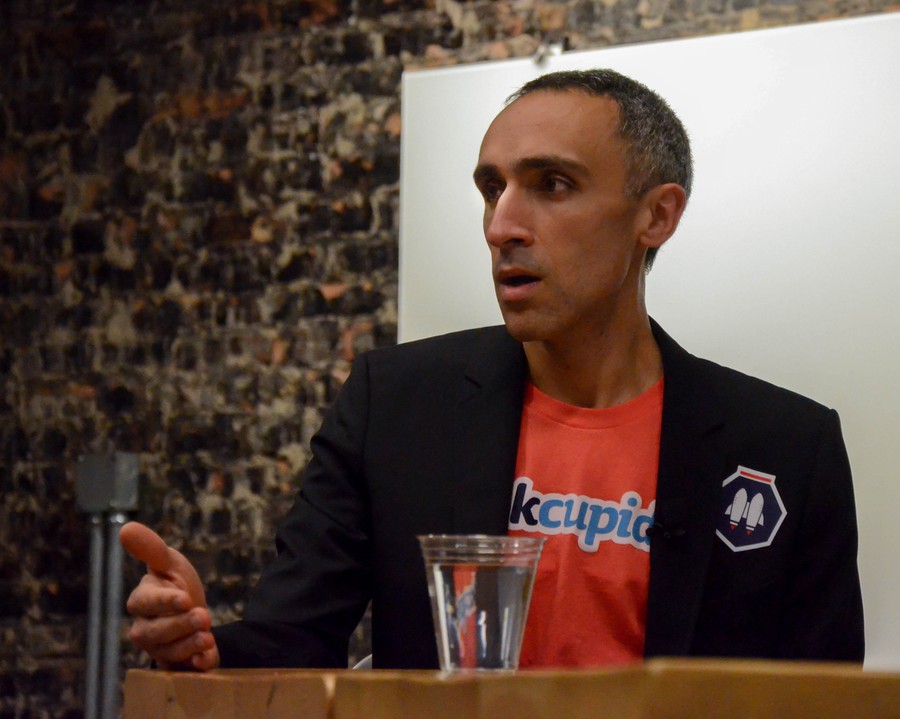 Match Inc. CEO Sam Yagan shared his experiences as a web entrepreneur at the Chicago Innovation Exchange on Monday evening. In his talk Yagan addressed his philosophy of entrepreneurship, beliefs on the finer points of online dating, and methods of dealing with difficult people.

Before his current work with Match, the parent company of Match.com, Tinder, and OkCupid, Yagan co-founded a series of online enterprises, including the dating website OkCupid, file-sharing network eDonkey, Inc., and SparkNotes, which produces literature summaries. Yagan was the acting CEO of SparkNotes in 1999, when he was a 22-year-old college senior at Harvard. He said that the principles behind SparkNotes were, in part, a response to his experience working in college as a T.A. for a computer science class.

“When I worked as a T.A., I learned that the real question as an entrepreneur is not, ‘Are you the smartest?’ but whether you can relate what you know to different types of people. The same applies to teaching literature,” Yagan said.

He added that SparkNotes found a niche in the study guide market by being more accessible to students than its competitors.

“One of my friends had a stack of CliffsNotes in his room. We hired some friends to write 10 summaries of the same books. They took themselves so seriously; we weren’t going to do that. Our brand was your friend—your fraternity brother,” Yagan said.

Yagan also said that the same principle of accessibility was a feature of OkCupid, which he co-founded four years later.

“We were cheaper, better, and more social than [eHarmony]. They had a Dr. Phil–style matchmaking model, while we wanted to make matches based on data. This was 2003, and the online dating industry was ripe for change,” he said.

Yagan views Match.com as a successful entrepreneurial venture because it was able to change public opinion of online dating. “Before [Match], dating people that you met online was not something that people talked about. The Match.com blog changed that—it turned into a situation in which if you didn’t know what was happening on the blog, then you didn’t know what was going on [in dating],” he said.

He recalled how the founding of OkCupid was also born along with some less than capital ideas.

“One of my friends—a business partner—called me one day, when he was drunk. He said that he wanted to launch a dating website that was just a ‘blind date button,’ in which you click it and it just tells you where to go to find your date. I told him that we would need to build up a site with a very large base of people before a blind date button could work,” he said.

At the end of the event, Yagan fielded a question from an audience member who asked how he “deals with assholes.” He said that his response to difficult people is highly situational.

“In dealing with assholes, it really depends on who they are, and what role that they play in my life. If I’m a CEO of a company and an asshole is asking me for something, I’d deal with that one way. But, for example, there was this one time when someone tweeted something really nasty at me, but then I noticed that he had zero followers. I wasn’t sure how to feel, because he had zero followers. It was some tree-in-the-woods kinda shit.”