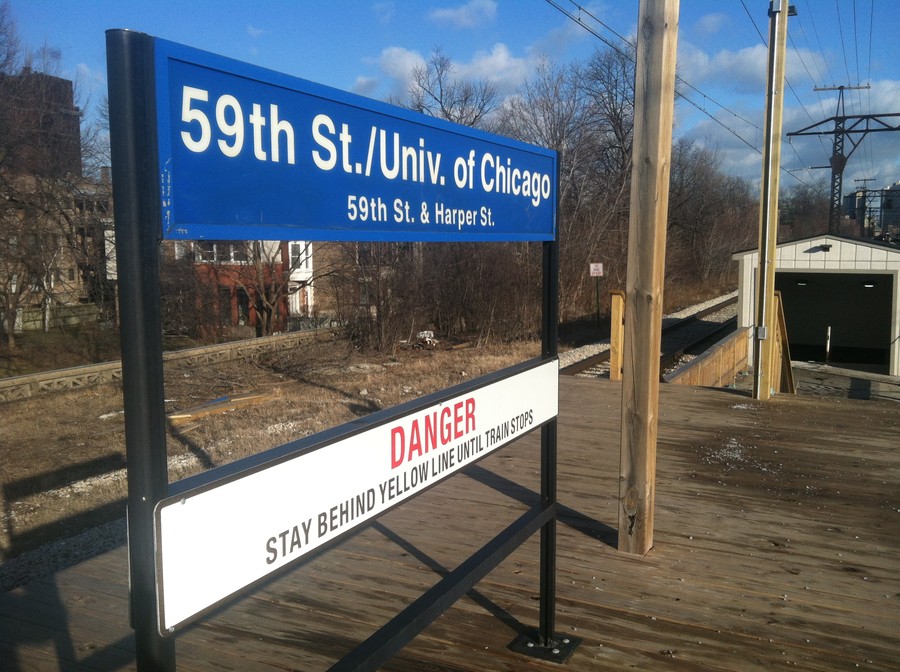 Members of the Trauma Center Coalition at a press conference outside the University of Chicago Medical Center (UCMC) Tuesday. The UCMC announced Monday it would raise the age limit to its pediatric trauma center.

The University of Chicago Medical Center (UCMC) will raise the age limit of its pediatric trauma care program, it announced Monday.

The UCMC is taking “formal steps” to allow 16- and 17-year olds access to its Level I pediatric trauma center at Comer Children’s Hospital. The Illinois Emergency Medical Services and Trauma Center Code defines the age of patients taken by ambulance to pediatric trauma centers as birth to 15 and 364 days. This is the standard the UCMC currently follows. The UCMC needs permission for an exception from the Illinois Department of Public Health (IDPH) to change the age limit.

"We decided that expanding trauma care to all minor children would help provide an important service to a particularly vulnerable part of our community," Sharon O'Keefe, president of the UCMC, said in the UCMC’s statement.

Trauma is typically defined as a blunt or penetrative injury to the body. A trauma center differs from the more general emergency room, which is a medical facility that specializes in acute treatment.

The UCMC is working with city, county, and state officials to raise the age limit, and will submit paperwork to the IDPH and hold meetings with stakeholders. The UCMC will also hire new physicians and staff, in order to accomplish the expansion within a year, according to the statement.

O’Keefe told the Chicago Sun-Times that the change in age limit will affect approximately 120 children a year. She also said that the cost of the expansion will not be significant.

The Trauma Center Coalition (TCC), a group of organizations working to expand trauma center coverage on Chicago’s South Side, held a press conference Tuesday, declaring the age raise a victory of the campaign.

According to TCC staff organizer and Fearless Leading by the Youth (FLY) member Veronica Morris-Moore, 22, FLY has lobbied for an age raise in pediatric trauma care since 2011.

Morris-Moore said that in an attempt to get the UCMC to raise its age limit, FLY and Southside Together Organizing for Power (STOP), another group in the TCC, contacted the IDPH. They received a letter from the IDPH stating that it would waive the age limit for pediatric trauma care at the UCMC, if the UCMC chose to ask for permission to do so. The UCMC announced Monday that it would ask for this permission.

“[This change] came at a time when we were really engulfed in this whole moment the country is having around black life and anti-blackness, and what that means and looks like,” she added. “So it’s almost therapeutic and healing that right now we’re being able to celebrate a victory which we wholeheartedly see as a victory for black people on the South Side of Chicago, especially black youth, the main facilitators, organizers, and leaders of this campaign.”

This announcement follows several other actions surrounding trauma care at the UCMC. At an Illinois Health Facilities and Services Review Board meeting in late August, O’Keefe said the UCMC was in talks with other medical centers about the issue of trauma, and had done an analysis from an operational standpoint on having a Level I adult trauma center.

In early September, the UCMC increased the age for pediatric emergency care to children younger than 18. This change, affecting the Comer Children's Hospital emergency room visits, is estimated to affect approximately 1,500 children a year.

Morris-Moore said the TCC was not expecting the increase in age limit in emergency pediatric care: “We weren’t expecting it, but we felt it made sense, and that was why we reapproached the IDPH and [asked] for the letter [waiving the pediatric trauma care age limit], and working to get that letter, because we felt like this was the next step.”

“I imagine that they were anticipating this age [limit raise] when they raised the age of caring for kids in the E.R. a couple of months ago, and that that was basically to make sure they could handle the capacity that would be brought in by doing so,” he said.