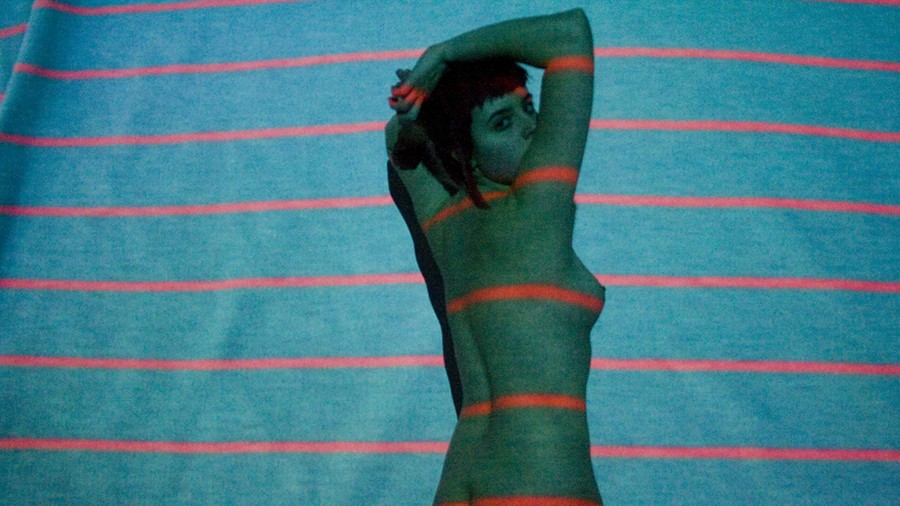 Photography is memory materialized, emotions crystallized, time condensed and made palpable. Like any material object, photographs are transferrable, disposable, and have the ability to store meaning and remake it. Maybe it’s simple in theory, but things get complicated—as always—when these objects move from private life and enter public culture. In the same way that photographs can contain the ultrapersonal, they can also unravel it, disseminate it, and expose their authors.

So imagine what might happen if some of these containers, meant never again to see the light of day, were to catch the attention of a young man passing by a dumpster. Perhaps the boxes are already open, giving a conspicuous show of what’s inside. Maybe they’re all shut tight or even concealed, and it just so happens that he is suddenly overtaken by some inexplicable urge to backtrack a few steps and open them all up. What’s the harm? he thinks. It’s clearly unwanted, and who knows, maybe there’s something worth keeping. In this case, the boxes are opened, yielding dozens of printed photographs with no stated author. The man passes off the photos to his friend, Paul-David Young, and half a year later, an exhibition opens.

To Perform, To Conceal, which opened last Saturday at Crowded House in Lincoln Square, is both a reflection and extension of that discovery: selecting just 30 photos from a cache of over 100, Young hoped to present this curated batch as “a visual experience worth having.” While Young conducted the selection process and the show at large primarily through a formal lens, emphasizing the content and visual links that could be made among the photographs, concepts of performativity, concealment, and identity also emerged, particularly invoked by the many self-portraits included in the ditched photos.

With all of these self-shots, it’s surprising that the identity of the photographer was not discovered until the show’s opening day. The photos belong to 24-year-old Molly Soda (real name Amalia Soto), queen of Tumblr and one of the first artists to have sold digital work for IRL cash at Paddles ON!, the world’s premiere digital art auction, last autumn. Soda was surprised—but more baffled—to hear that a collection of photos she had taken during her undergrad at NYU had been pulled from her trash, sorted through, and turned into an art show, all while escaping recognition: “I’m confused as to how it got this far without anyone recognizing me. I’m not a mystery or a lost figure,” she commented in an earlier interview with the Chicago Reader.

Regardless of the initial intent of the show, it has developed into an arena for intensely theoretical back-and-forth among reporters, artists, and anyone responding to the discovery of the identity of the once-anonymous owner of the photographs. The circumstances surrounding the show necessitate a conversation about the nature of authorship versus ownership, the difference between the anonymous and the unknown artist, and the potential dissolution of meaning for all four of those categories when the work in question is published online.

“We use the word ‘anonymous’ all the time,” Young told me when I asked him about the unveiling of Molly Soda’s identity. “It comes loaded with the idea that the identity of a person is in a sense known, but has to be without a name. But to say unknown—there’s no way to know who the person was.” He followed this distinction by informing me that he was aware of Soda’s identity early on in the project, but chose to withhold her name because he felt that to affix a specific identity to the exhibition would “be a distraction” and would “alter one’s perception.” In consciously removing the author from her work, Young wanted to let the material hold its own weight. For Young, the objective of the show was not to recast or expose a life once lived, but rather a pursuit of aesthetics: “The challenge here for me was: Can I make something worth looking at?”

Despite this philosophy, it’s hard to ignore the intimacy and simultaneous sense of exposure cultivated by the show, and I’m not speaking just of Soda’s nudes. The photographs reveal alleyways and apartments, found kitten advertisements and lingerie, bedrooms washed in dusty sunlight, and gazes so full of concealed emotion that it aches to know that you’ll never know the full story. But perhaps that’s all part of the de-authored fantasy: Free from specificity, from integrity to the truth, we can use these expired icons of feeling—memories once significant to somebody, now abandoned—to stitch together a desired story of our own, infinitely malleable. It floats above all the everyday anxieties, disruptions, and discomforts that punctuated the lives of the subjects appearing in these photos—and it doesn’t end up in the garbage, because it never has to leave our own headspace.

The process of removing both the hand and identity of the artist from the artwork has accelerated exponentially in our lifetimes, with the digital age finalizing the protracted breakup between art and artist. The Internet produces a new system of knowledge sharing, one that is immediately accessible and infinitely reproductive. We can all be a part of the fantasy, making and distributing without having to reveal our own identities; there is little risk.

As Soda suggests, once original content is online, it relinquishes authorship. And because nobody owns anything, we all own everything. The idea of using somebody’s photographs in an exhibit without crediting them becomes not only acceptable, but also an automatic reflex. The removal of the artists from their work is not so much a political statement as it is an aesthetic one—an alternate way of seeing, as Young’s exhibit seems to suggest.  But even then, I can’t stop myself from thinking: Is it really Young-slash-Soda’s models who are performing and concealing, or is it us?

To Perform, To Conceal concludes its run with a  closing conversation addressing found photography on February 28 at 7 p.m. The talk will be held at Crowded House Gallery on 4919 North Lincoln Avenue.