The Order of the PhiNix Reunites in Mandel Hall

Dance groups from all over Chicago will join the campus crew this Sunday for its annual spring showcase. 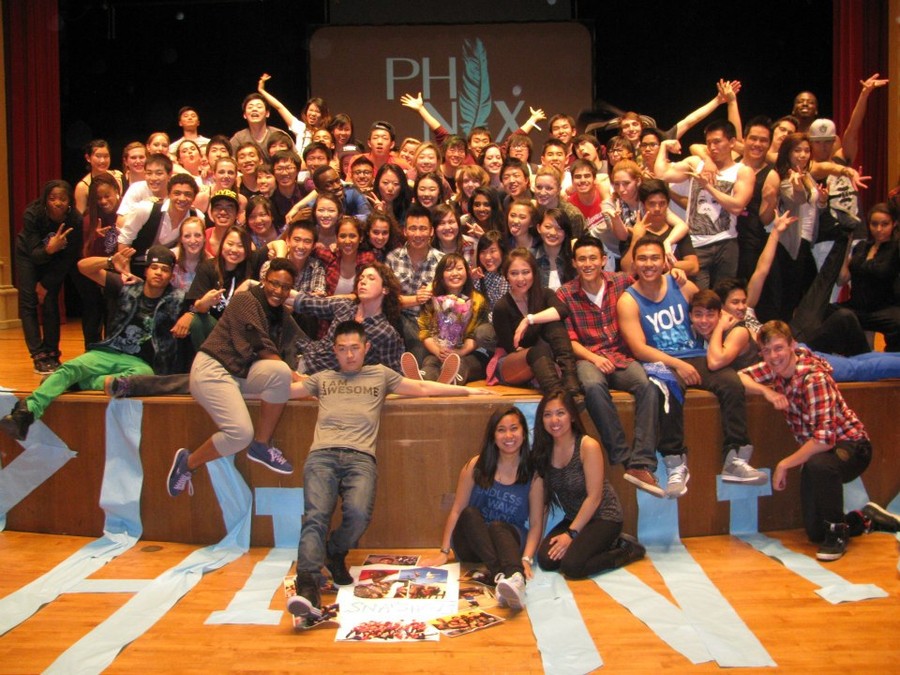 Courtesy of Couresty of Emily Bishop

“I’m just stressed,” fourth-year Jungeun Choi says with a short laugh, sitting on the floor of Ratner’s practice room after an hour-long rehearsal. It’s Wednesday night, just days before PhiNix Dance Crew’s big annual spring performance, and the clock is inching toward midnight. But despite her words, Choi looks and moves as though relaxed, still smiling from practice.

PhiNix has come a long way since the group’s inception in 2009. Fourth-year Charlie Sun, president of PhiNix, recalls that when he joined the hip-hop dance RSO in his first year, there were around 14 people on the choreography team. Now, PhiNix is comprised of 52 active members in the freestyle and choreography teams, an expansion not only in the size of the group but also in its artistic capability. “I remember fall quarter we were holding auditions, and we were just blown away by the talent and got really excited for the rest of the year,” Sun said.

The theme for this year’s annual showcase is “reunion.” It will be exhibiting not only the culmination of a year’s hard work for PhiNix, but also guest performances from five collegiate dance crews around Chicago. Describing the concept behind the theme, Sun said that they wanted to do “something simple and happy”; the theme of reunion embodies the idea of “friendship and love as something that keeps us grounded.”

While this can take the form of nostalgia, as in a piece set to the elegiac melody of Scott Alan’s “It’s Good To See You Again,” the intrinsic happiness of togetherness and friendship comes out in, for example, the lively dance accompanying Whitney Houston crooning, “Oh! I wanna dance with somebody…”

These themes are important to the culture of street/hip-hop dance, which emphasizes community. Indeed, Sun describes a culture of family within dance crews; the concept of a reunion, he says, “applies not just to our friends at school but also to our dance friends whom we might be meeting for the first time.”

By a happy coincidence showing the strength of these ties, six of PhiNix’s original founders will be back in Chicago to see the performance.

Though PhiNix is hosting the showcase, it will not take up the entirety of the performance. There will be an eclectic mix of dance styles and forms, including dancers from UChicago dance team Maya, whose modern dance forms provide a contrast to the urban street dance that is more PhiNix’s style. The showcase will also feature dance crews Kapwa Modern from Loyola University, FIA Modern from UIC, ReFresH from Northwestern, and a tricking crew, the Windy City Trickers.

There will also be an open dance battle. As PhiNix’s first year with corporate sponsorship—the RSO managed to partner with Zipcar—prizes this year include two coveted tickets to Red Bull’s Flying Bach, which puts together a German break-dancing team with classical music as a background.

Diversity seems to be key here, with first-year Toby Kang commenting on how the varying backgrounds and styles of the freestyle members have influenced him as a dancer. “Not all of us are classically hip-hop trained,” he said. As a result, “I’ve found myself becoming more stylistically different.”

Kang put it more simply: “I think everything’s going to be dope.”

PhiNix REVIVAL: Reunion will be held at Mandel Hall on Sunday, April 13 at 7 p.m. Tickets are $6 in advance or $8 at the door.