The Hyde Park Community Players take on the Bard... with predictably mixed results. 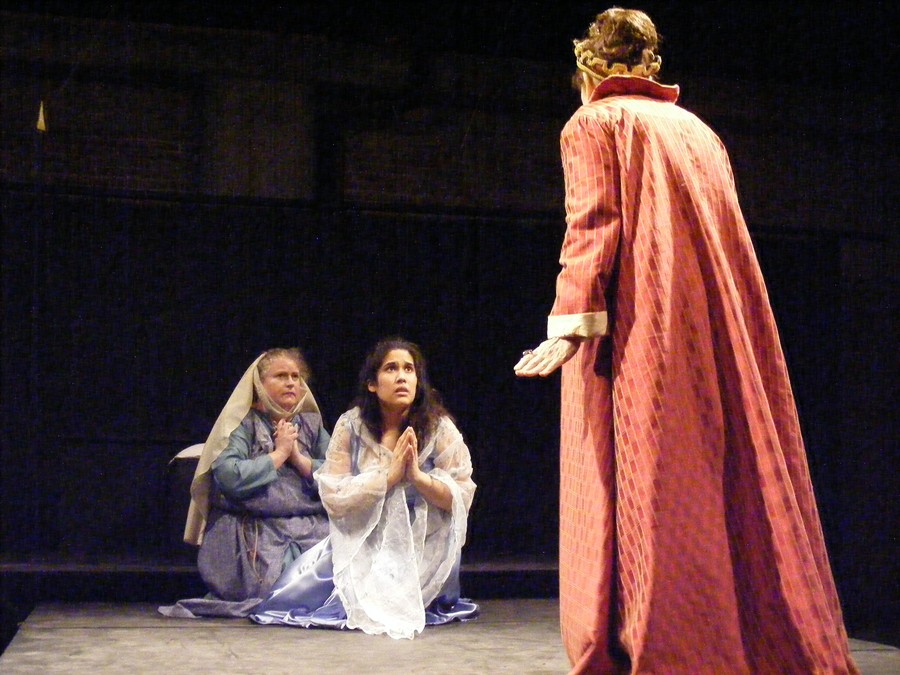 And yet the Hyde Park Community Players (HPCP) were determined to try as they staged an earnest attempt at the play this past weekend at Ida Noyes. The community theater group has been active for five years, and this is its first attempt at a full play by the Bard; in the brochure, co-director Corinna Christman admits that she was not sure “if we were quite ready to put on an entire Shakespeare production,” adding optimistically, “but we rose to the occasion!”

Indeed, the enthusiasm of the cast is evident in the actors’ pleasure at the salacious Shakespearean jokes and riotous characters. The bare-bones stage setup in the middle of Ida Noyes’s Cloister Club is witness to all sorts of fits and faints, such as the death of Mercutio and the lovelorn entreaties of Romeo at Juliet’s balcony. Some of the characters are particularly entertaining: Emily Jusino as Mercutio and Susan Harris as Juliet’s nurse both give creditably energetic performances, Harris taking particular delight in the nurse’s long-winded speeches and Jusino making the most of every hip-rolling innuendo.

The energy present in the play’s swordfights and raunchy jokes, however, doesn’t keep it from sagging in a few areas. The tender and tragic scenes in the play have a clipped feeling and are somewhat immature in their execution. Romeo (played by Michael T. Lipphardt) still seems like a desperate classroom romantic who falls in love with any girl who encourages him, and Juliet (played by Jennifer J. Martinez) comes off as an overly earnest girl more in love with the idea of love than with Romeo. These flaws are perhaps inherent to the play’s plot, but they are exacerbated by the lack of intimacy and chemistry between the two main love interests. The famous balcony scene, for instance, is both overwrought and rushed; Romeo, conversing in bed about the nightingale and the lark with Juliet, is not convincing in his cheesy professions of love.

And yet, despite the clipped quality of the couple’s melodramatic exchanges, the play still drags. HPCP seems intent to put on Shakespeare’s full work, no matter the length, and by the time intermission came—two hours into the play—I was already fatigued, knowing there was still much left to go through. The play suffers, too, from a lack of enunciation (it’s a struggle to fill the acoustically poor Cloister Club without mics) and efficiency in some parts, which draws out the plot even more.

Ultimately the sometimes unprofessional quality of the production, the (pretty much unbelievable) romance and tragedy, and the occasional awkwardness of the actors gives the production a decidedly middle-school quality. Given the subject matter, that’s not necessarily a bad thing. HPCP’s Romeo and Juliet is lively and charming in its amateurism, reminiscent of after-school drama and the silly, turbulent, youthful passions adolescents so wholeheartedly believe in. It’s a lot to ask for a part-time theater company to rescue Romeo and Juliet from its eighth grade connotations, but the Hyde Park Players certainly gave it their all. At any rate, the troop’s performance is certainly more enjoyable than eighth-grade was, and only half as long.

The Tragedy of Romeo and Juliet will play at Ida Noyes Hall April 26–27. Tickets are $8 with UCID.