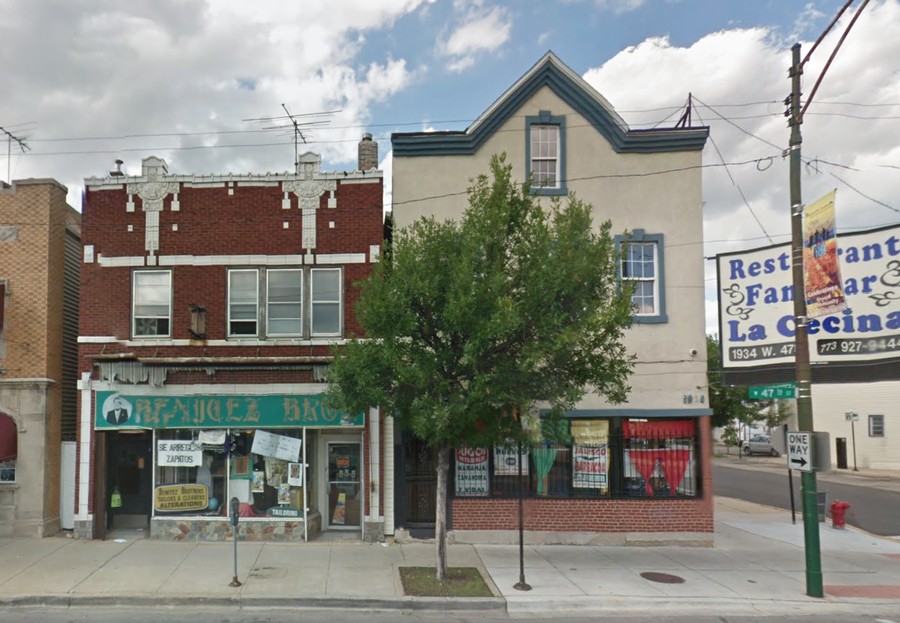 I’m starting to believe hole-in-the-wall restaurateurs are running a catch-22, or at least they’re doing so with me. The problem stems from the mix of obscurity and quality that creates the “hole”-iness that is so very lovable. The second these restaurants are “discovered,” like an indie band gone mainstream, the barriers to culinary entry are inundated and transformed by tidal waves of popularity. For this reason, I figure, patrons like me dutifully hide our favorite hole-in-the-wall spots from the rest of the world.

If you don’t agree, then I can at least tell you that this is what has happened to La Cecina and me. Stationed on a fairly prominent corner of 47th Street in Back of the Yards, this isn’t a place I talk about frequently. The last thing I would want is to show up at the restaurant's front door and see a line snaking down the long home it’s built into.

La Cecina specialized in food from Mexico’s Guerrero region, although the menu is decidedly pan-Mexican. Take its namesake dish—the cecina. Strips of marinated beef are dried and then grilled, and served with a side of homemade tortillas, pico de gallo, and guacamole. The dish is salty and powerful, but the large portions allow for the ingredients to mix. And that’s where the magic is. There are a few different variations to choose from: the cecina azteca is covered in melted cheese and salsa, and the cecina campesina is poured over with a rich sauce of cactus, onion, tomato, and cheese.

The menu is also peppered with the usual items. Enchiladas, queso fundido, quesadillas, and tortas all are solid in their own right. The enchilada de mole manages a strong earthy flavor punctuated with the sweetness of the chilies and dark spices. The quesadillas con requeson are almost too rich for their own good, filled with the Mexican equivalent of ricotta cheese.

Yet what makes La Cecina stand out from its Pilsen cousins is its infusion of Guerreran variety, taking strong passes from the indigenous peoples and the area’s proximity to land and water. Fried fish (mojara) and game hen (codorniz) were surprise finds on the menu, although certainly easy to stomach. There are also a few items that add shock value. On the menu are criadillas al gusto, bull testicles for short, which are worth getting if you’re looking for something more adventurous but otherwise should be taken with reservations. And then there’s the rather expansive selection of seafood items, complimenting surprisingly well with balanced flavors and remaining, for the most part, remarkably fresh.

Not everything, though, is exactly up to par here. There are a few small inconveniences. Traveling to and from the restaurant can be a hassle without a car, although the CTA is still an option for those willing with some built-in extra time. The corn tortilla chips that are served on the table are the same as anywhere else, and I venture the salsa is not given all the attention it deserves. From the entrées and appetizers, there is a lot of inconsistency. There is at least one time I can remember the meat being completely overcooked, to the point where I was gnawing through shreds of beef in prehistoric style.

But La Cecina’s exterior glory comes mostly less from its consistency than from its unique homey feel. The restaurant’s many blue chairs are filled with families from nearby, and you’ll find the TV turned to the most recent soccer game or maybe a telenovela. There are few restaurants that have nicer staff, although going with a Spanish speaker certainly won’t hurt. The meal screams, yells, almost explodes with homeyness and satisfaction. If you’ve ever wanted to enter a Mexican home that knows how to cook, well, here’s your chance.

The first time someone spoke to me about La Cecina, I misinterpreted the name of the restaurant as a feminine version of the Spanish word for assassin—asesino. And although La Cecina has nothing at all to do with assassins, I’ve kept it hidden like one. What’s a faster way to kill the mood of going home than having a 30-minute wait ahead of you? Yet La Cecina deserves its time in the spotlight, not to be outshone any longer by Casa-this or Nuevo-that. So I’ll gladly break the catch-22 for La Cecina. That is, as long as it can keep cranking out those tortillas.