Summer Musings: Keeping up with my killer existential krisis

Kim Kardashian: Hollywood as a metaphor for life 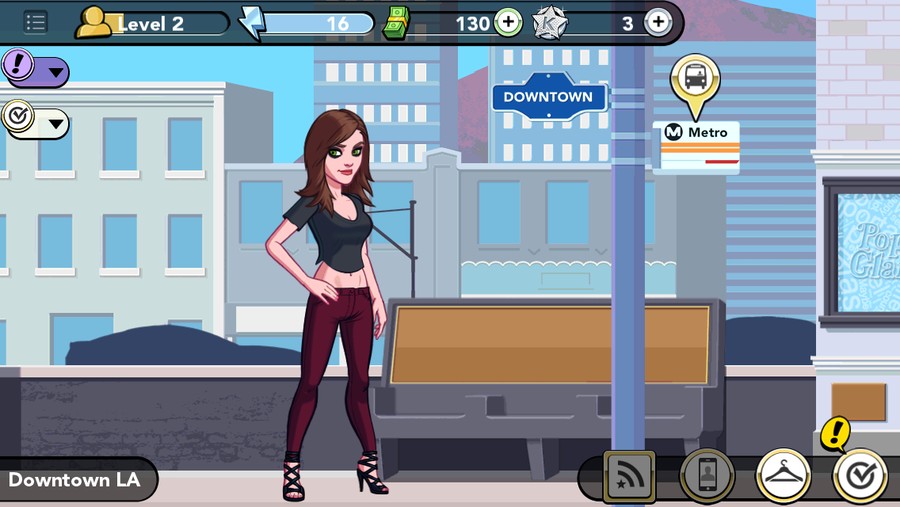 I’ve done next to nothing productive this summer break, unless you count rewatching every episode of Full House and watching videos of cute puppies as something significant. Of course, saying “next to nothing” implies I did do something useful. You’re right, I did—I had the immense pleasure of spending hours and hours of time neglecting my friends and responsibilities to play the Kim Kardashian: Hollywood app for iPhones. If you’re a piece of trash like me, you probably know exactly what I’m talking about. What started as a fun way to escape my boring non-celebrity life quickly degraded into the tragic story of realizing that no matter what I do, nobody (not even Kim Kardashian) can protect me from the fact that my life has no inherent meaning and my accomplishments mean literally nothing in the grand scheme of things. I accidentally found my way into the sad underbelly of celebrity life. No amount of money, fame, or attention filled the void in my life, and I quit the game feeling empty, depressed, and slightly hungry.

In case you don’t know how the game works, you start out as a lowly store clerk and suddenly meet Kim Kardashian because she needs a new dress. Because of your impeccable skill of simply giving Kim free clothes (which she is mysteriously unable to pay for in the game?) she accepts you as her protégée, and you spend the rest of the game trying to climb the ladder of success.

Here’s me when I was just a baby E-lister. First of all, can we talk about how hot I am? Look at me. No wonder Kim (we’re on a first name basis, by the way) asks me to be a model in her photo shoot; I’m actually the hottest person on the planet. The point of the game is to use your good looks to get as much exposure as possible by constantly doing photo shoots, fashion shows, etc. Each event you complete gets you more fans and more money for new clothes. You want to climb your way up to the top of the A-list. Not only do you have to complete events, but you’re expected to date other celebrities, deal with the haters (I’m looking at you, Willow Pape), and buy a bunch of stuff so people notice you.

What if you don’t want to spend your money and perhaps instead want to be a normal person by saving your money for when you finally decide to settle down and start a family? Sucks to be you, dude. If you want to be famous, you have to look your best and put down the cash. Otherwise, you’re ridiculed by everybody. The paparazzi will mock your outfits if you haven’t spent enough money to change your look. Your dates will insult you if you don’t have enough “good-looking” clothes. I once had a boyfriend that told me my “outfit reminded [him] of a poem. A bad one.” Umm…he was the one wearing a fedora and a fur vest? Check yourself, please. Also, he broke up with me because I wasn’t buying him enough gifts. Point is, you must spend money to be relevant and attractive.

I’ve done a lot to get where I am today (aka number one celebrity on the A-list). I’ve thrown money at my problems, been in a nude shoot because it would get me more fans, and dated a number of absolute losers to get noticed by the paparazzi. But I made it: After two weeks, I became number one. I had 52 million fans!! But guess what? Nothing happened. There was no reward for my hard work; I didn’t even get an achievement. What was the point? I compromised my morals here! In fact, Kim called me to do another shoot. But…what’s the point? I’d climbed to the top of the ladder. I couldn’t go any higher. Should I have kept playing to earn more money so I could buy more stuff so people would like me? I felt empty and slightly nauseous. All the parties, clothes, boyfriends, money, and fame eventually led to nothing but a hollow existence. I’m supposed to be on top of the world, but I’m still as insignificant as I was when I started the game. Money buys nothing but shallow friends and connections, dates desperate to feed off of your fame, and cool-looking stuff. Nothing in this world matters, and money truly doesn’t buy happiness. I’m basically a hot, animated Jean-Paul Sartre. There really is “no exit” from a meaningless existence, and Kim Kardashian: Hollywood just made me realize that my life is really sad.

Sarah Zimmerman is a second-year in the College.