These five ways to bring back journalism will blow your mind 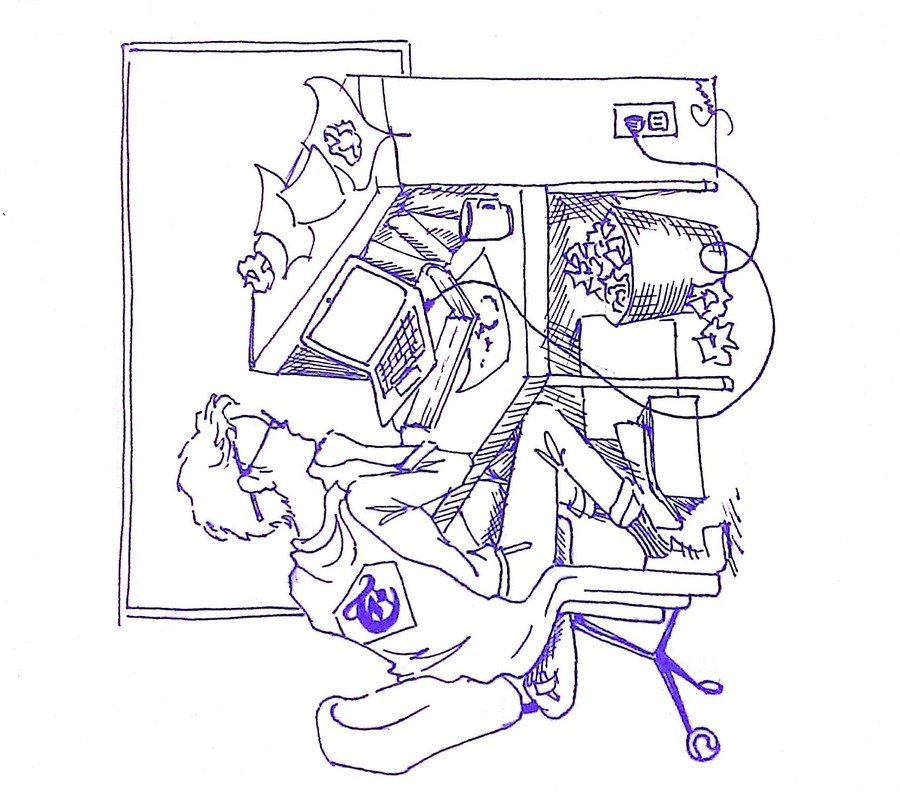 Svetlana Alexievich’s recent Nobel triumph comes at a critical time in her field. Best known for her wrenching exposé on the Chernobyl nuclear disaster, the Belarusian is the first journalist to clinch the world’s most prestigious literary prize. But is the Nobel Committee’s award a too-little-too-late gesture, or a reminder that, even in the digital age of journalism, people still want hard-hitting, well-researched pieces like Voices from Chernobyl?

This summer, I was convinced that the former was true after I was invited to visit my local newspaper’s headquarters. It was easy to imagine the newspaper’s office in its pre-Internet atmosphere: furious typewriters, hissing faxes, and vertiginous stacks of papers, not unlike (to use an analogy dear to all the econ majors out there) the Stratton Oakmont offices in Wolf of Wall Street Instead, I found a hint (a full comparison would be inappropriately hyperbolic) of Alexievich’s Chernobyl. There was a sense of emptiness among all the deserted desks as a few isolated keyboard clicks echoed, as if reverberating in a mausoleum.

That isn’t to say journalism is a dying field. Print journalism, however, has largely acquiesced to online news, because most of today’s readers—not just Millennials, the topic of so many of the tired, fluff think pieces that plague the Internet—not only want, but expect news at Twitter-like speeds. After all, it’s much easier to access the front page of the New York Times from a smartphone screen than it is to bend over in the driveway and pick it up.

Forgive me if I sound nostalgic, but in the romantic heyday of journalism, or at least before the rise of the Internet, reporters were literally superheroes. Beneath the Spiderman mask and Superman suits were two contributors to the Daily Bugle and The Daily Planet, respectively. In the inevitable cinematic reboots of both series, we should really expect to see Spidey and Superman as Buzzfeed staffers instead, where prerequisite knowledge of journalistic writing and ethical standards are less important than command of Frozen GIFs and Friends quotes.

As easy as it is to ridicule Buzzfeed and VICE’s online articles for their seeming amateurishness and lack of editing, they represent the greater direction of journalism. If journalism is an evolving field, then the ones who label it a “dying profession” are the ones who aren’t adapting. Although aspiring journalists and other humanities majors are constantly decrying (or are warned about) the lack of jobs in their field, this simply isn’t true. It’s not that the jobs are disappearing; rather, the demands of the industry have changed. With the Internet, information is more accessible than ever. All it takes is a quick Google search or a Wikipedia article to confirm or fact-check a suspicion. Internet journalism, with its myriad hyperlinks, is a platform that allows for faster publishing and better-researched pieces, which ultimately benefits the industry.

While even respectable publications (Time, The Huffington Post, etc.) on the Internet will continue to produce click bait due to the very nature of the Internet itself, there will always be a need to piece together available information, analyze it, and create accessible, digestible narratives. And with news moving at lightning speed, there will still be a niche for those works that dive beneath the surface, and for those that demand perilous trips to perilous places where Internet coverage may not even be available. In our sriracha-soaked, Girls-referencing world of Buzzfeed-style journalism, Alexievich and her contemporaries—the ones that brave gunfire and explosions, the ones that risk televised beheadings, the ones that fight for free speech in repressive regimes—are proof that journalists can still be heroes.

Felipe Bomeny is a first year in the College.