Fighting with a broken sword

When it comes to changing the world, following the book isn’t as easy as it seems. 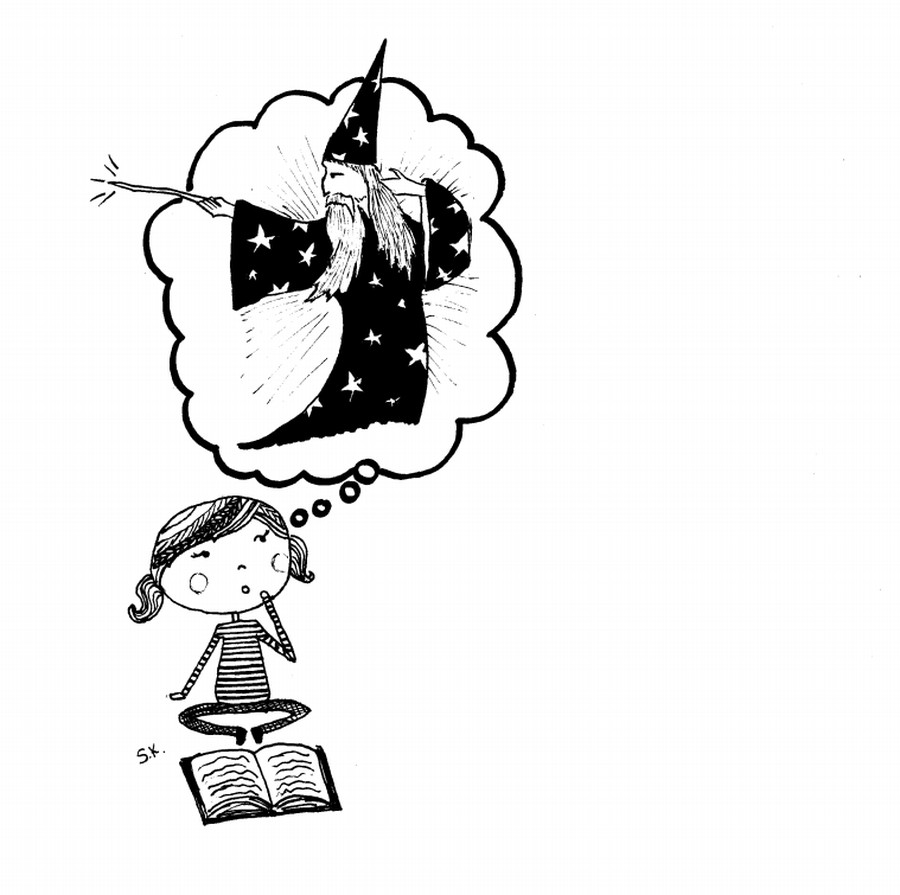 It was a weeknight when I clicked on yet another YouTube video that was getting precedence over my class reading. An ad came on, a clip promoting the new video game, Star Wars: Battlefront. The game, like a lot of other Star Wars products these days, was advertised using nostalgia, showing a jaded office worker reliving his childhood by playing a Jedi poised to save the world.

Despite the glut of Buzzfeed videos filled with cats and cheese and inanity that I had consumed that night, I was feeling extra contemplative—maybe a side effect of drinking a little too much tea. It struck me as strange that nostalgia about childhood could be induced by a war game that simulated the threat of death—something that isn’t so appealing in real life. But then, I realized that that’s actually true about many of the narratives we read as kids that follow young heroes who defy the odds to save the world.

I love childhood. I love the fact that wonderfully noble stories like Star Wars are made with care by tired adults who want children to stay happy for a little longer. However, I wonder if the way these narratives portray saving the world actually perpetuates inaction in the real world after we’ve become adults. Although we, too, want to save the world, the threats are too great and the payoff is too little. When we look at the real world compared to the fictional universes we grew up in, they are so starkly different that we can’t imagine ourselves as the heroes in this one.

Stories always come with the guarantee that, like rollercoasters, there will be thrills without risks. Because the protagonists are the protagonists, we can usually assume that they won’t be casualties of the wars they’re fighting. J.K. Rowling, in a speech at the premiere of the final Harry Potter film, told all of us millenials that Hogwarts would always be there to welcome us home. I still get emotional when I rewatch that, but it’s also funny to think that a home can be full of so many dangers. Hogwarts feels like a home to us in part because story universes often reward the main protagonists with survival in spite of these dangers, and we know that we would never actually lose them.

As we grow up, though, we realize that this universe does not function the same way. All noble ventures here come with very tangible risks and dangers—just ask our soldiers. When comparing reality to the sympathetic and rewarding story verses we all know and love, it becomes too clear that true failure is a possibility in the real world. I know that at least for me, this results in my lack of action when it comes to taking risks to help better the things around me. I don’t want to be a casualty.

Not only that, but the young adult novels I devoured as a preteen promised glamour in addition to survival. One of the funniest Twitter accounts I’ve seen is Dystopian YA Novel, which parodies classic tropes in the genre: “You’d think a first love would distract me from taking down the Corrupt System, but you’d be wrong.” The problem with YA series like Divergent that use societal collapse as a proxy for a romance story is that they—pardon my pun—romanticize war. As a pigtailed preschooler, TV series like Sailor Moon offered me not only the protagonist’s fraught romance, but also a sparkly uniform that she could wear while fighting crime. But I know now that this deal is too good to be true.

In the real world, not everyone trying to make a difference is going to get to wear glamorous clothes or have a hot guy (or two, in the case of Hunger Games) pursuing her. We know that the universe isn’t necessarily going to reward us—whether that’s with attention, financial reward, good grades, or happiness—when we stand up for what’s right, and that often stops us before we even get started.

And maybe we’re not expected to stand up—after all, we’ve never received a sign or a prophecy telling us our destiny like the characters of these stories do. Harry Potter, the Pevensies, and Percy Jackson all got prophecies pronouncing them the chosen ones. This perpetuates the notion that if it is your destiny to bring about positive change, the universe will somehow let you know, rather than distributing the responsibility among all of us. I know that as a Christian, I often ask God what he wants me to do with my life; I wait for signs to act. But I think He would say to me that the real world requires that we all act in our own ways to help alleviate poverty, forward racial reconciliation, or stand up for sexual assault victims. There is no unique sign, because we are all being signed.

Another thing about these stories is that a single hero or a few heroes seem to do a majority of the work in the fight against evil. On the other hand, change happens in the real world much more slowly, with many people collaborating over time to make things happen. But that seems so daunting after the years I’ve spent as a kid reading about how a single act by a few teenagers can save the universe.

I’m not saying to stop consuming classics like Harry Potter or Star Wars. They’re important to many of us for good reasons. But some of the things that make these stories so appealing—the call to one’s destiny that ensures survival, the characters’ ability to singularly change the world despite their youth and inexperience, the recognition they get from everyone in that world—might also be inhibiting when we realize they aren’t always found in our reality. It’s important to overcome our aversion to non-ideal heroic situations and embrace the nitty-grittiness of what it means to make a difference in this world. At least for me, it’s time to open my eyes and shed my pigtails.