Both the men's and women's cross country teams sent a total of six runners to the North Central Open. The top finishers for the squad were both first-years and both placed 9th in a field of 42 men and 84 women. 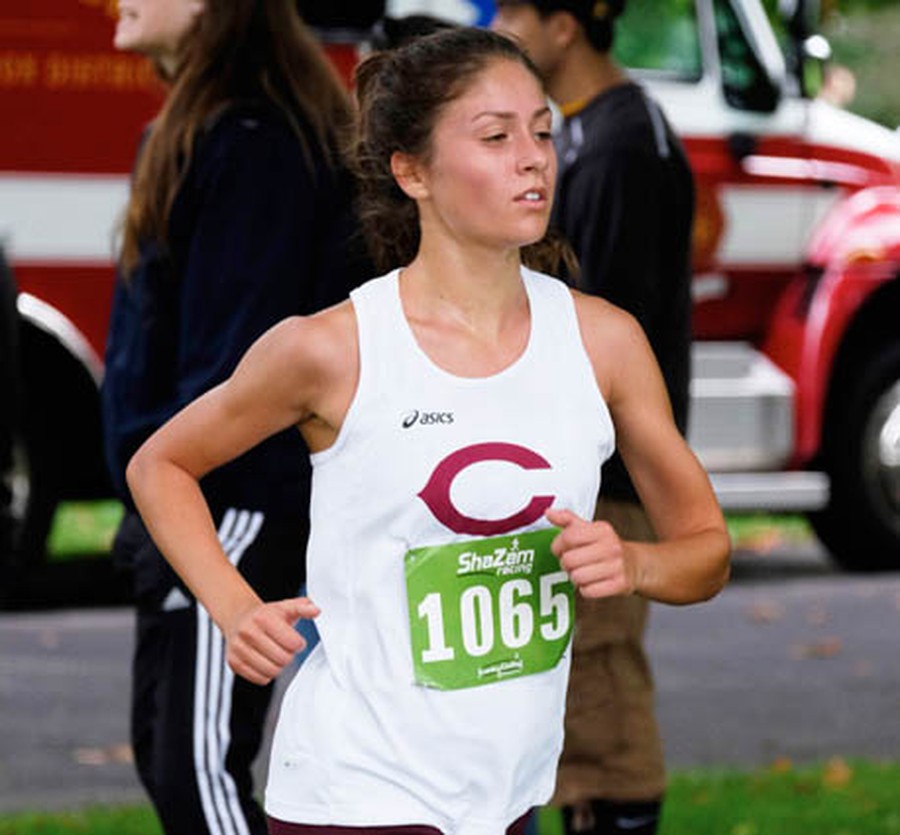 On Thursday, six South Side racers traveled to Warrenville, IL for the North Central Cardinal Open. Among the six runners, two were women and four were men. Each one ran St. James Farm’s three-mile course. The competitive meet included 84 runners on the women’s side and 42 on the men’s side. The meet did not compile team scores, but several Maroons crossed the finish line with impressive times.

Coming in ninth place, first-year Anastasia Bernat led UChicago’s women with an impressive time of 18:40.54. She was followed by third-year Jenny Blazic, who finished 19:32.80.  For this time, she was awarded 31st place.

Bernat commented on her race by saying, “It felt a lot more natural running three miles, so I found myself being able to know what it’s like to race again. I still wish I ran harder, but this cross country season has been off for me.”

“Overall I felt pretty good about my run,” Blazic added. “It wasn’t my best performance of the season, but I’ve been coming back from illness recently and it felt nice to race later in the season, and there was a lot of good competition from teams like Wash U and North Central.”

The women’s cross country squad is gearing up for regionals after a disappointing team performance at the UAA Championships in Boston. “The girls who are heading off to regionals are a lot stronger than they think they are,” Bernat said. “They fell a little at conference, but they know how to get out hard, which will work well for them next time.”

Blazic also echoed her teammates sentiments regarding regionals, saying, “The team looks really good on both the men’s and women’s side going into regionals, and I know everyone is very focused and excited to race and see the competition at this point in the season.”

“The North Central Open was a great chance for some of us to get a late season race in,” Richards said. “It’s an enjoyable course that a lot of us had run earlier in the season for a longer race, and so we were prepared to get solid performances out there. Many of us running at the North Central Open needed a confidence boost, and I think our performances justify us feeling good about our ability to stay in shape late into the season.”

Lynch also commented on the race. “I think it was a fun meet for me and several of my teammates who had the chance to run one more race before our varsity squads go after it at regionals,” he said. “The three-mile distance was shorter than usual, so it was exciting to run at a faster pace.”

The Maroons’ fastest runners will be competing on Saturday in the NCAA Midwest Regional in Rock Island, IL.