Not shaken and hardly stirred: a Spectre of the original series 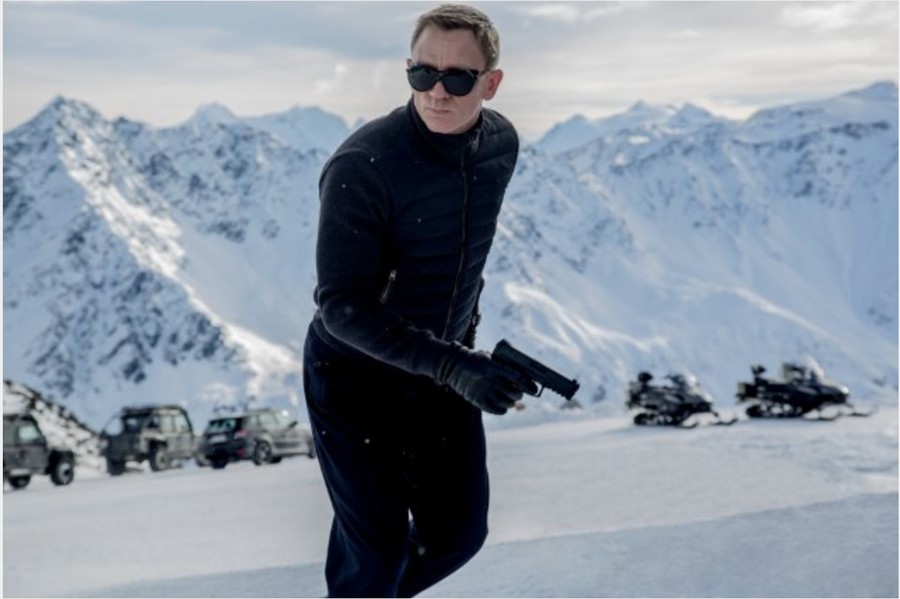 It begins as they all do: throngs of people in the streets of an exotic city. Dressed in somber black suits and frilly white dresses, they flood the wide boulevards of Mexico City. Their faces are obscured under mocking skeleton masks and intricately painted sugar skull designs, traditional costumes of Day of the Dead celebrations. Despite the dizzying atmosphere—people spilling out of buildings and alleyways to join the giant, writhing parade—the scene has an oddly hushed quality to it. The old colonial buildings of Mexico City’s central square are bathed in a dusty sepia haze, and beyond the rhythmic thump of drums, it is a quiet affair, developing the sensation that the whole scene has been captured in a high-exposure Polaroid shot.

So begins Spectre, the most recent addition to the James Bond canon and Daniel Craig’s fourth appearance as Agent 007. Spectre checks off all the requisite Bond boxes. The visuals are lush and detailed, and the camera lazily pans to let the viewer soak it all in. Craig’s Bond is as dapper as ever in his never-ending slew of expertly cut Tom Ford suits. But the action, the core of the series, is flat and detached.

Spectre dutifully goes through the motions, but hardly makes a compelling case for sitting through its two-and-a-half hour duration. The plot follows the usual formula: Following the introductory chase scene, Bond returns to London to embark on a secret mission not condoned by MI6, and sets out to track down a mysterious, villainous organization across various glamorous locales, picking up a beautiful girl or two along the way.

The shallow but impressive action (heavy on twisted metal going up in flames and light on the slick hand-to-hand combat that was Pierce Brosnan’s signature) centers on Bond’s quest to hunt down a new evil organization called Spectre.  The organization itself is not new, but Spectre presents itself as a “Greatest Hits” compilation of all the other recent villains, including Raoul Silva from Skyfall and Le Chiffre from Casino Royale, under the direction of a not-so-hard-to-find man once known by Bond as Franz Oberhauser (played with a precise childish pettiness by German actor Christoph Waltz). As Craig waltzes around the world to come face-to-face with his nemesis, tension mounts in London as M (portrayed by Ralph Fiennes taking over from Judi Dench) deals with the potential extermination of the 00 program and MI6’s autonomy. Andrew Scott, whom fans may recognize as the devious Moriarty from BBC’s hit show Sherlock, returns in a similar role to play C, an agent locked in a power struggle with M.

Providing a welcome hiccough to the usual pace of the plot is Monica Belluci, the grieving widow of a minor bad guy whom Bond offs in his hunt for Spectre. Much has been made of the fact that Belluci, at 51, is significantly older than the typical ingénue picked up by Bond in his far-flung adventures. Craig, however, was quick to point out during interviews that Belluci was a far more age-appropriate romantic interest for Bond (Craig himself is 47). Dressed like a glamorous Italian widow out of a Dolce & Gabbana ad, Belluci exudes old-school sex appeal. The chemistry between her and Craig is intense—almost animalistic—and it is unfortunate that she is featured in so few scenes. Bond’s companion for the majority of his escapades is Dr. Madeleine Swan, played by the lovely Lea Seydoux, a well-established French starlet. Her Bond girl is more reserved than the usual, and the attraction between her and Craig is slightly anemic, failing to spice up the flatness of the action scenes.

Despite all the crashed cars and flaming buildings necessary to stop Spectre, the real villain of the film is modernity and technology. It is C, with his plans to infiltrate a joint group of intelligence agencies from around the world, who poses the real danger. He fights his battles with drones and omnipresent surveillance, making an accomplice out of the today’s indispensable technology. This is the true threat to Bond and MI6 as the series advances past its mid-century Cold War era roots and into the modern age.