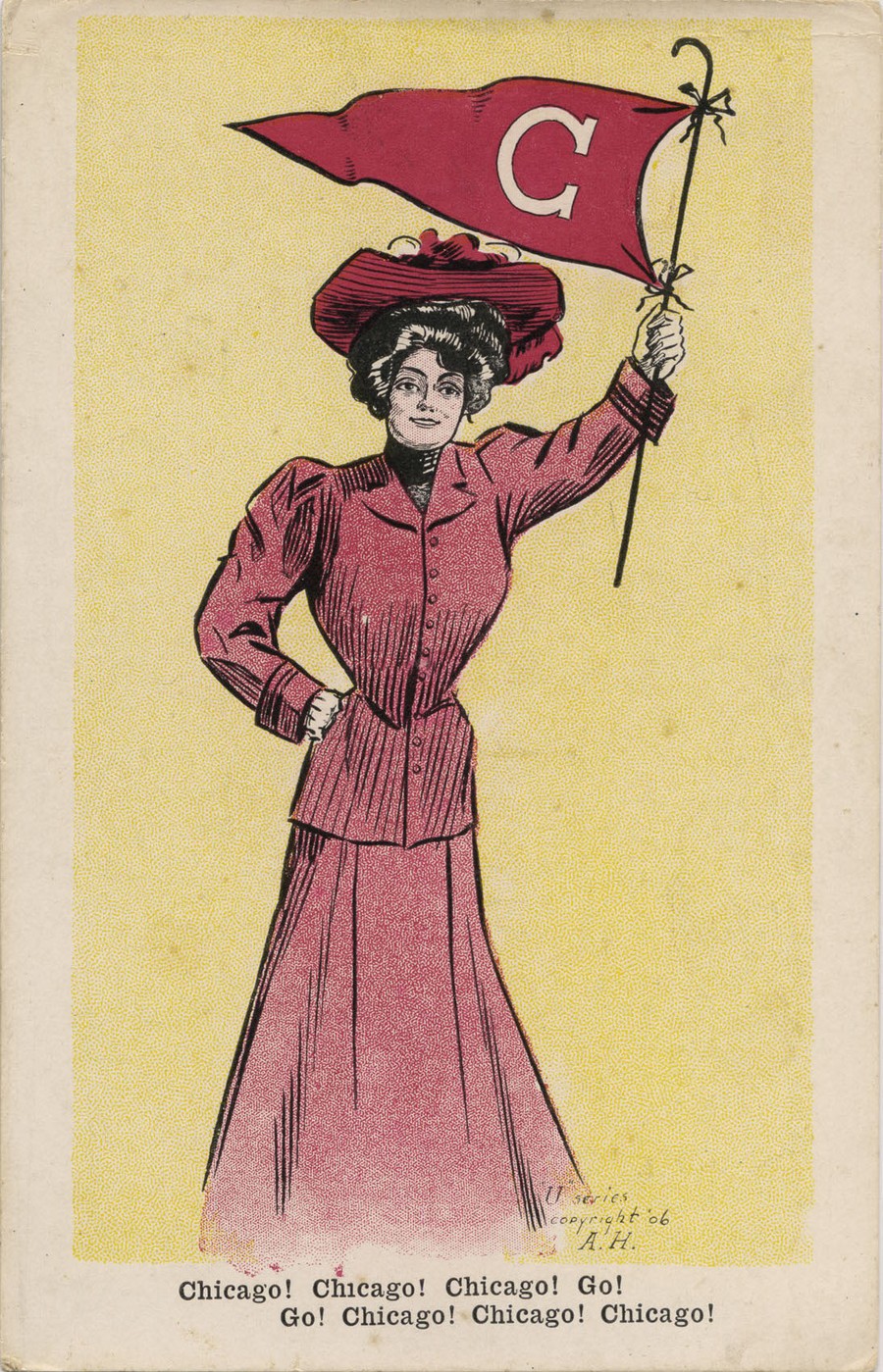 Among the numerous events and performances across campus celebrating the University’s 125th anniversary, Greetings from the Midway: A Postcard History of the University of Chicago stands out on the second floor of the Logan Center as a humble commemoration of our school’s history.

Greetings from the Midway stays true to Logan’s tradition of giving art history students the chance to organize its exhibits. Ph.D. student Carl Fuldner curated the exhibit’s selection of over 300 postcards while fourth-year Cooper Zajac helped design its layout. This exhibit captures not only the history of the University but also that of the surrounding neighborhood.

The origin of postcards in America is closely tied to UChicago itself, as postcards rose in popularity after being sold at the 1893 World’s Columbian Exposition, which took place right next to the University. A timeline at the start of the exhibit traces the roots of postcard-making back to 1873, only 17 years before the university was founded.

Mike Levine, the associate vice president for development at UChicago, whose personal collection boasts around 3,500 postcards, collected 300 of the postcards on display. “One inspiration for my collection was an article about University of Chicago postcards written by Neil Harris, [Professor Emeritus of History] called ‘Small Cards, Big Picture,’ in the University of Chicago Magazine in 1992,” said Levine, who has been collecting postcards since 1982.

The exhibition features myriad postcards depicting different locales on campus, such as residence halls and libraries. Captions that accompany the postcards explain the history of these buildings—I-House, for instance, was built in 1932.

The caption explaining a postcard of Lorado Taft’s sculpture Fountain of Time, which sits on the western edge of the Midway, indicates that Taft was inspired by the lines “Time flies, you say! Ah no! Time stays; we go!” from a poem by Henry Austin Dobson. 125 years after the University first opened its gates, these lines are particularly striking.

Yet the greatest sense of history in this exhibition is conveyed through images, not text. The University of Chicago Press printed the sepia-toned collotype postcards featuring the interior of Ida Noyes from the 1910–1930s. Their colors show their age.

Harris also contributed 50 postcards to the collection depicting the neighborhood surrounding the University, including Jackson and Washington Park, boulevards and beaches on the South Side, the Hyde Park Township, Field’s Columbian Museum, and other landmarks of local historical importance. It speaks to the passage of time that many of the South Side hotels captured in several postcards have now been converted to apartment buildings.

The postcards also reveal the evolution of photography as a form of art. Several postcards in the collection, for instance, are hand-colored albertypes, or sepia-toned pictures printed from gelatin plates. Others show how printers added or suppressed details on lithographic cards to create an effect reminiscent of Impressionist paintings.

Each postcard tells its own story. One of the exhibition’s categories, “The Economics of Postcards,” tells a story that is both memorable and particularly suited to UChicago. When Milton Friedman sent his colleague, George Stigler (Ph.D. ’38), a Karl Marx postcard, Stigler decided that Adam Smith deserved his own set of postcards and proceeded to commission them. However, because the printers would only print sets of five, he had to add four more economists to the set to make it complete. He ended up printing several thousand sets of five because he learned that doing so would only cost $101, whereas printing a hundred sets alone would cost $100. Indeed, the importance of economics to the institution is even represented in its postcards.

As every postcard is double-sided, there is also always an opportunity for the sender to add his or her personal touch before sending the card through the mail. Some students would mark their dormitories using an “X” on the campus map postcards they were sending to their families, following a tradition known as “X marks the spot.” Others would write notes, which Levine says helps us “better understand the social history of earlier periods.”

In the exhibition, one such postcard depicting the southwest corner of campus bears the following message: “Just to let you know that I have not forgotten you.” In a poetic way, this line captures what the exhibit seems to be saying to UChicago’s history. The past 125 years, distant as they seem, have not been forgotten: They have been preserved in postcards.