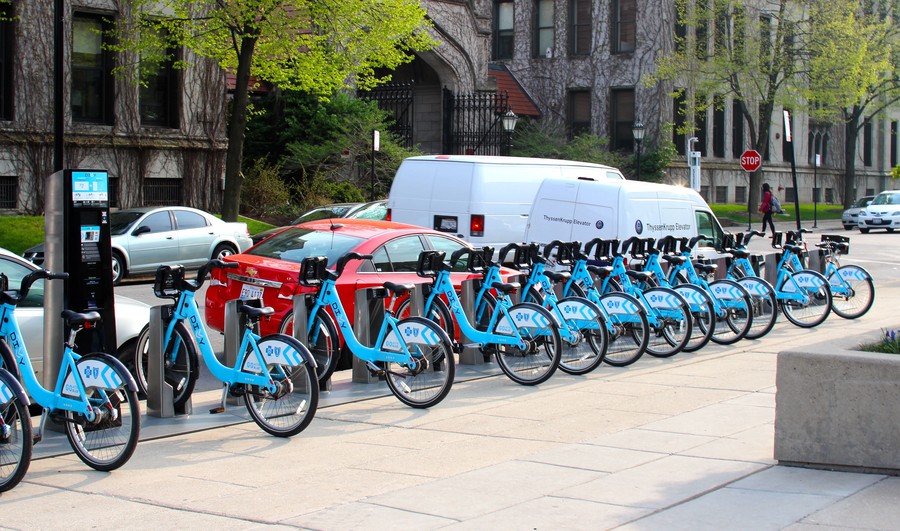 Last May, Divvy, Chicago’s bike sharing service, launched a major city-wide expansion that included the addition of eight new stations in Hyde Park. Data from the first two quarters of 2015 indicate heavy use of the service within Hyde Park.

Students comprise a significant portion of the Hyde Park population, but the average and median age of Hyde Park Divvy members in the first two quarters of 2015 was 37. About half of the members were male, and half were female.

While the average Hyde Park riders are older than students, they traveled most frequently to and from stations nearest to campus. Out of 9,554 total rides beginning in Hyde Park in the first half of the year, Ellis Avenue was the most common point of origin. A quarter of Hyde Park trips begin at one of the four stations on Ellis and nearly half of these trips began at the 58th and Ellis stop directly across the entrance to the main quad.

Riders also departed frequently from the 57th and University station, which is near common destinations for students on the northern end of campus, and from 55th and Woodlawn, a popular area for off-campus housing. About 45 percent of trips originating in Hyde Park left from the Ellis, University, or Woodlawn stops while about a third of trips within Hyde Park ended at stops on those three streets. 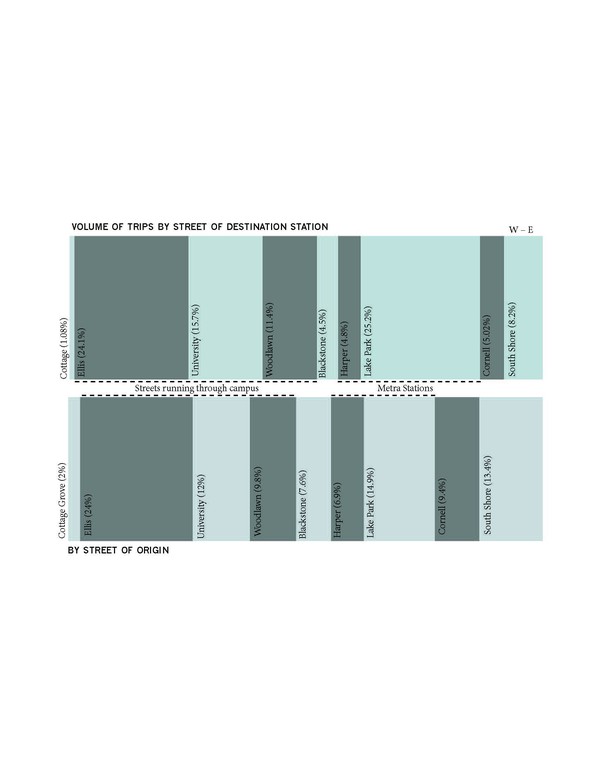 Most riders starting from the eastern edge of Hyde Park, at the South Shore Drive and 55th Street station, traveled north to the Loop or to neighborhoods between Hyde Park and the Loop. Only 21 percent of these rides remained in the neighborhood.