BLACKLIGHTxMAROON: Shining a blacklight on society

Cyborg "hears" truth we can't: the myth of biological race. 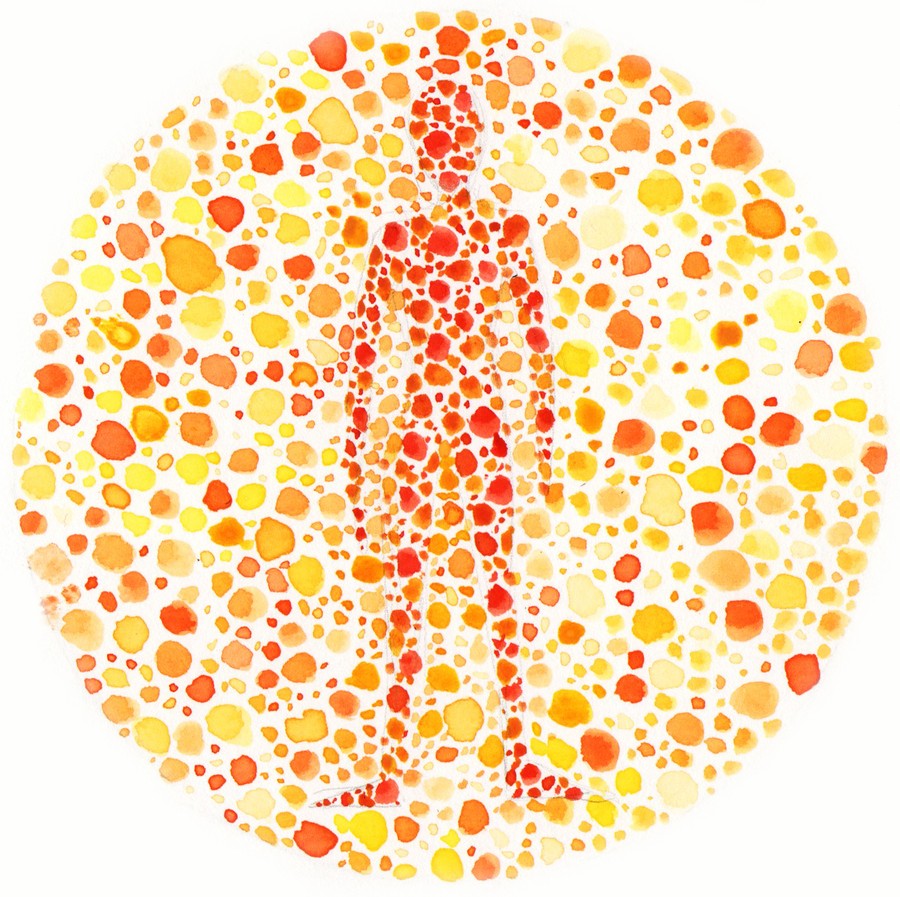 It’s that time of year again: when my friends slowly start to avoid me because I’ve asked them to submit to Blacklight Magazine too many times.

“Hey Ang, you should really submit your art to—”

“Yeah, yeah, I know. To Blacklight… you said that at lunch, remember?”

But what they don’t know is why. They’ve all thought it: “Why is she so obsessed with that mag?!” But none of them have heard the answer. This is that story.

For so long I’ve tried to make sense of things. Like: why is every poem I write a “race” poem? What exactly is it, this thing that people call race, and why can’t I let go of it?

I know that it would take several books to begin to answer these questions. I won’t attempt to map out an entire explanation here. I will, however, begin by mentioning some key facts about race.

The two main theories concerning race are a) essentialism, or the popular idea that race is inherent, unchangeable, and a biological fact of human existence, and b) constructivism, or the contention that race is real—not necessarily in its biological foundations but as a fluid political instrument used to define, hierarchize, and exploit peoples.

That being said, I am an anti-essentialist constructivist.  I recognize that it is a historical fact that the definition of race has shifted across time and space and that racial categorization has been used to justify an uneven distribution of privilege.

Furthermore, claims for the biological basis for “race” as category have been refuted time and time again. In fact, people within the same racial categories have more genetic variation than between people of different racial categories.

I remember feeling overwhelmed by all this evidence. I tried to piece it all together. I understood what I was reading in theory, but it all felt useless somehow. After all, even if race was arbitrary, my daddy was still “black;” I was still “mixed.” I saw the world in discrete colors, and frankly, I couldn’t help it! What was I supposed to do about that? What could anybody do about that?

It took meeting a cyborg to arrive at the answer. Or rather, it took watching a documentary about a cyborg.

Greg Brunkalla’s documentary Hearing Colors follows Neil Harbisson, completely color-blind and a self-identifying cyborg who, thanks to an antenna directly implanted into his brain, can “hear” color.

Throughout the documentary, Harbisson describes how his antenna allows him to make connections between things that he had never known before, like the similarity between the color of the sky and someone’s eyes.

His comment on the color of people’s skin is particularly interesting.

My knee-jerk reaction to Harbisson’s worldview was something along the lines of “Aww, what a sweet idea. Wouldn’t it be lovely if the world were actually this way?”

But why does it seem so mind-bogglingly absurd to understand the world in this way? Where being human not only comes before race, but replaces it?

The more readings I do in my sociology class, the more I become convinced that Harbisson is right. The point isn’t just that our skin tones exist on a continuum but that there are no discrete lines between us.

Above all, it’s crucial to recognize that much of our day-to-day experiences are sociopolitical myths camouflaged as obvious truths. Race feels naturalized, it feels discrete and immutable—but it is not. So I hold onto Harbisson’s metaphor and try to see the world in orange, in human, and to keep on the lookout for anything that attempts to mask this.

In the meantime, I follow author Dorothy Robert’s advice—adopting the notion that race is sociopolitical, I choose to work actively to deconstruct its myth using political means, writing and publishing, shining [black]light on society to bring its falsities to the surface, and fighting for the birth of a post-racial America—an America in which individuals can choose to be defined in terms of their “race” as little or as much as they wish.

To join the movement, submit your pieces to Blacklight Magazine at blacklightuchicago@gmail.com.

MeeSoh Bossard is a third-year in the College majoring in comparative human development and minoring in creative writing.