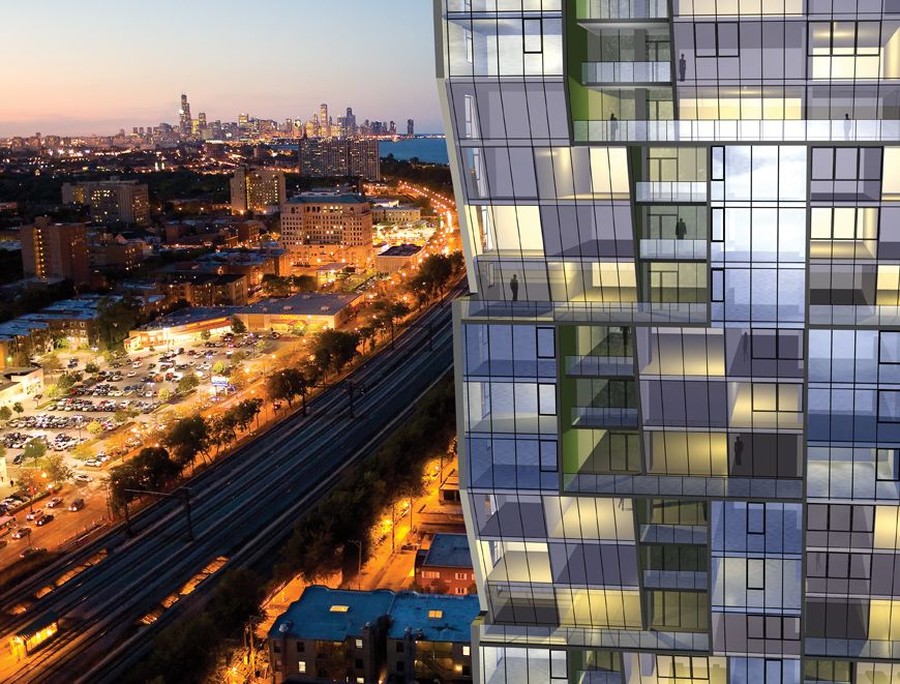 A new high-rise will brighten the horizon of Hyde Park housing with the Solstice on the Park project, an apartment building and hotel designed by Jeanne Gang of Studio Gang Architects. The development, located at 5540 South Cornell Avenue, revives plans for a condominium complex that was proposed more than seven years ago.

Located on the northwest corner of East 56th Street and South Cornell Avenue, the lot was once the site of Studio Gang’s previous plans for the Solstice on the Park project, a 26-story tower that planned to house 145 condo units. The plans were announced in 2007 but were postponed during the economic recession that soon followed.

Last Tuesday, the Silliman Group, the development branch of MAC Property Management, unveiled new plans that repurposed the previous building designs into a mix of 160 independently managed hotel rooms and over 200 apartment units, if city regulations permit it. Otherwise, the complex will feature just over 250 rental units. The new building will be 24 stories tall and will feature a new restaurant on the South Cornell Avenue side, along with five stories of underground parking spaces for the complex and surrounding apartment buildings.

“When the development was first proposed by Jeanne Gang, we noticed that it had a real lasting quality,” Peter Cassel, director of community development for MAC Property Management, said. “The design and location suggested that a very good building could thrive there.”

The design of the Solstice structure was inspired by the angles of sunlight that would hit the building’s façade on the day of the summer solstice of June 21. The property featured angled portions of the façade that would sit at a 71-degree angle to “allow sunlight to enter the apartments during winter for a passive solar warming and precluding it during summer to reduce air-conditioning usage,” according to the Studio Gang website.

Studio Gang Architects remains in charge of the current development, which is currently not planned to break ground for at least another year. The firm is also responsible for designing the upcoming City Hyde Park, a 180-unit apartment complex currently in construction on East 51st street and South Lake Park Avenue.

Cassel said that there has been a strong demand on the apartment side of the Solstice on the Park development. “There hasn’t been an apartment building built in Hyde Park since 1987, and the new construction of a contemporary building with many amenities will bring a huge series of opportunities for a great living experience,” he said.