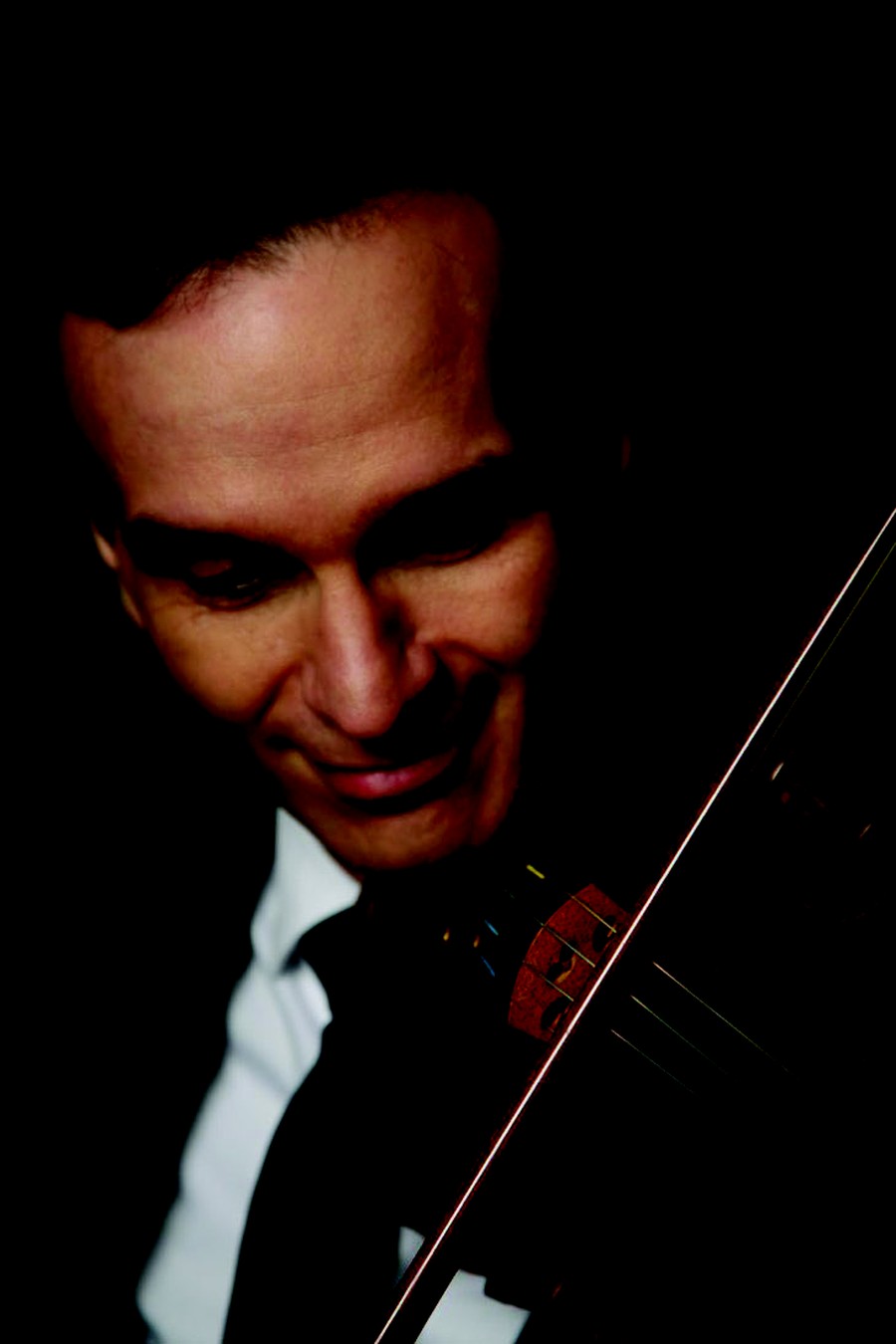 It’s been a busy concert season for Gil Shaham. The Illinois-born violinist premiered a new concerto commissioned by the San Diego Symphony in December, David Bruce’s “Fragile Light,” and the month before that, he embarked on a six-city tour with the San Francisco Symphony to play Prokofiev’s Violin Concerto No. 2, part of an ongoing project to perform and record violin concertos written in the 1930s.

Now Shaham has added another endeavor to his growing list of recent achievements: For the first time in his career, he has recorded all six of Bach’s unaccompanied sonatas and partitas, and, to coincide with the CD’s March 10 release, he is taking the solos on tour with performances visually accompanied by short films courtesy of video artist David Michalek.

Before dissecting Shaham’s Sunday matinee performance at Orchestra Hall, the first stop of his national tour, a word about the sonatas and partitas themselves: They are the closest thing the violin repertoire has to a holy book. When Bach wrote these works—during a fruitful period that also produced six unaccompanied cello suites—the idea of writing solo works senza Basso accompagnato had been toyed with by other composers, but it was Bach’s that best exploited the technical capacities of the instrument for which they were written. Despite being composed some 300 years ago, the sonatas and partitas present challenges that rival even the most virtuosic concertos in the repertoire.

The night before the concert, I broke out my own copy of the unaccompanied solos. Having plugged away at the sonatas and partitas myself, I gaped anew—as I do whenever hearing these exquisite, dearly familiar works—at their otherworldly ingenuity and daunting technicality. To play one in and of itself is a challenge. To play all six? You’d have to be the musical equivalent of a marathoner.

But if there ever was someone to take on Bach’s masterworks, it is the indefatigable Shaham. He swiftly strode to center stage—almost jogged, really—took a deep, gracious bow, and began the G minor sonata with the same athleticism of his onstage entrance.

Shaham’s vigor, in fact, was a common thread throughout the performance: On the whole, his take on the sonatas and partitas were brisk, even bordering on brusque. Shaham has been defensive of his speedy take on the solos, noting in an interview for Classical Voice North America that faster tempi are more faithful to Baroque performance standards. But there were some instances where this particular artistic decision simply did not work. The D minor Chaconne, treasure of treasures, felt unnecessarily hurried at its outset, and the opening bars’ luminance and introspection were muted as a result.

However, there were just as easily moments where the decision clicked and the faster tempi better landscaped the musical contours of the pieces. The crowning achievement of Bach’s violin works is their ability to draw multiple interlocking voices from one instrument, the solo violin providing its own accompaniment. Shaham’s steady movement through the works backlighted the constant interplay between the macro patterns and micro patterns in the music, eschewing any superfluous rubato that would have otherwise disrupted their natural flow. Often, once the tempo had been established, Shaham would settle into a more natural rhythm for the rest of the movement, and, more often than not, into present interpretations that were gorgeously phrased and executed with finesse.

As for Michalek’s visual accompaniments, they were daring, aesthetically appealing, confounding—and totally distracting. Some of the videos featured inanimate subjects, but most zeroed in on human figures, their movements cast in slow motion. Since the partitas are essentially dance suites, many of the frames showed their subjects dancing. But the connection between other frames and the movements they accompanied seemed fraught, if not nonexistent. And some frames were just downright bizarre: During the Courante of the Partita No. 1 in B minor, two women grotesquely pantomimed at each other, one clawing at her stomach as though something living were to spring from it and leap on her companion. I noticed that most audience members kept their eyes fixed on Shaham instead, whose dexterity and stage presence were infinitely more captivating. If Michalek’s films had adhered to their original purpose—as enhancement and not as a second spectacle to compete with the music—they might have offered a provocative yet tactful supplement to Bach’s immortal solos. But in practice, the two were too often diametrically opposed.

There was one instance where the harmony between audio and visuals was successfully struck, at last, to great pleasure from the audience. In the final partita, the ebullient Partita No. 3 in E major, young children playing the violin were featured on the screen, their arms cautiously pulling bows across the screen, eyes self-consciously fixed on the fingerboard. The circularity was charming: Here, children just learning the violin, if only for a moment, shared the stage with one of the world’s most famous soloists.