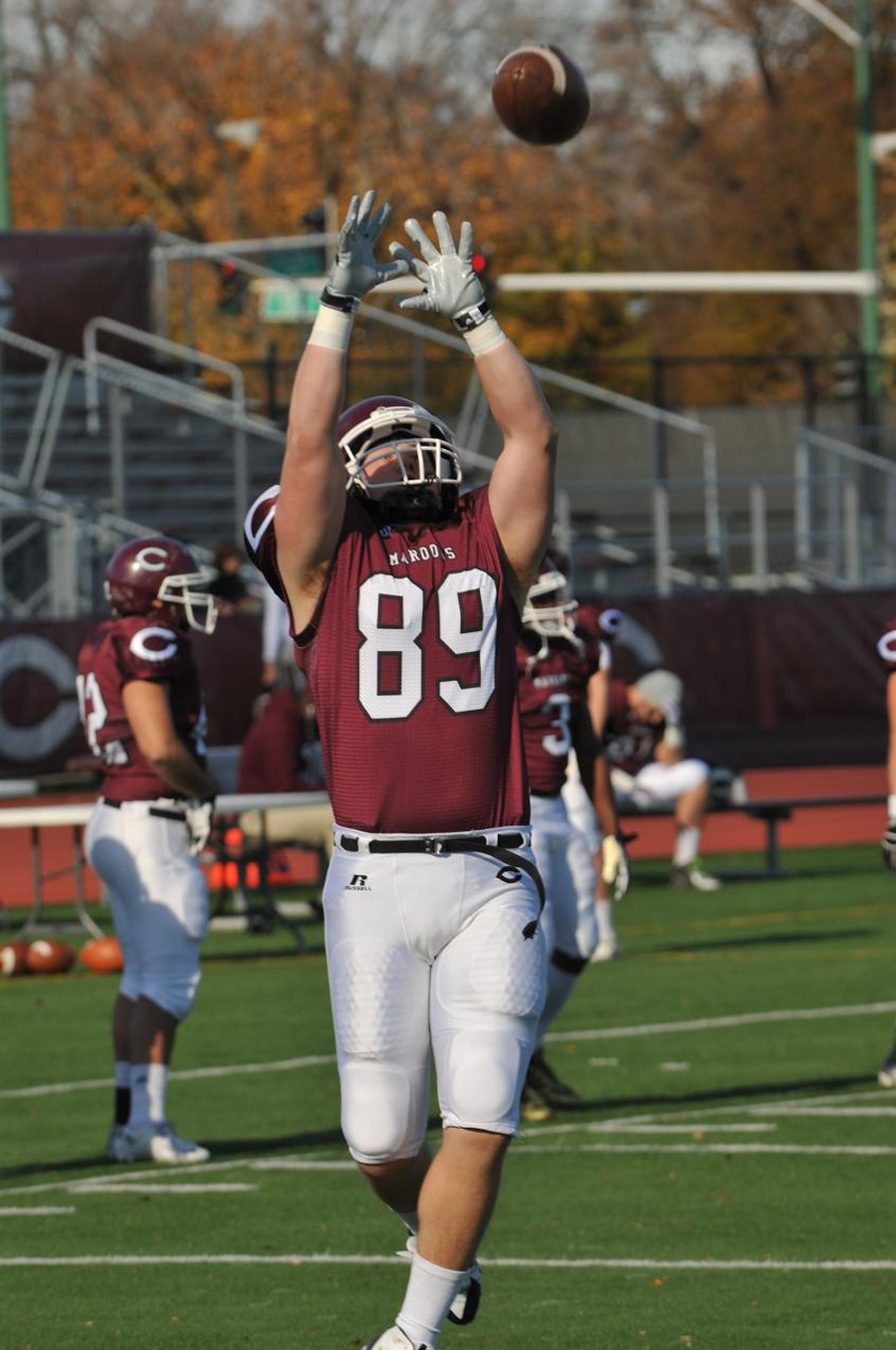 Fourth-year Bryan Tisdale, tight end for the Chicago football squad, will leave the College proud of his time spent with the team. Both on and off the field, his impact has been far-reaching as he has been the consummate teammate, peer, friend, and colleague.

Over his career, the program has improved year after year. This past season, the Maroons finished 8–1. For him, though, success has not been singularly defined by wins or losses, achievements or disappointments, but by the unified drive, the impenetrable friendship, and the special fraternity shared among the football athletes. This fraternity extends beyond the gridiron as well, as Bryan was the president of the Phi Gamma Delta (FIJI) fraternity during his time at the University. More than the game, Tisdale will miss those he went to battle with on Saturdays.

“Like the typical UChicago football player, I am a brother of Phi Gamma Delta (FIJI) on campus. Living with all of my best friends, who mostly happen to all be football players, in the same house, working towards the same academic, athletic, and social goals, has been by far the best part of my college experience,” Tisdale said. “I’ve learned so much from all the individuals I’ve come in contact with and have made lifelong friends because of the fraternity and athletics. More than the competition, I will miss the camaraderie of the team. I have to imagine it’s a kind of relationship unlike anything else students could experience and something I hope to find in the future.”

However, looking back on his four years, Tisdale acknowledges the other parts of athletic life he will miss: the burning edge, the poignant moments, and the personal growth.

“Athletics, in general, has given me the opportunity to work through and experience the myriad emotions of life. From disappointment to ecstasy, determination to apathy, sports fostered sentiments that aided me in my personal development and infinitely improved my ability to be self-aware. Here at Chicago, I was given the opportunity to continue developing alongside extremely diverse yet like-minded individuals,exacerbating my personal growth. It was difficult moving between all three facets of college life—academics,athletics, and social endeavors—but having athletics as a refuge and the support from teammates and coaches allowed me to receive what I believe was the best possible college experience anyone could ask for.”

However, Tisdale has given as much to Chicago as Chicago has given to him. Leading the team with exemplary spirit and character, he has been just as impressive off the field, never losing sight of his dual responsibility as a student-athlete. The public policy major will exit Chicago and head straight into a job with a major financing firm.

Although his tenure with the Maroons may be winding to a close, Tisdale’s presence will undoubtedly be felt in the future. He isn’t just part of the Chicago family, but one of its leaders.

“I will be staying in Chicago working at J.P. Morgan. I’ve loved the city and the relationships I’ve made here, which is what drove my decision to stay here. I can also come back and see some of the games!”

And so, as Tisdale closes one chapter of his life and opens another, his trajectory will continue to follow the same exemplary narrative. He leaves a piece of advice to his peers, and one that is so evidently clear in the way he lives his life.

“Do everything you can to be a good person. If you do that you will meet new people, make new friends, have more opportunities, and be more successful. And after all that success, give back to all those you can.”