By attributing personal problems to an instituition, it is possible to ignore more personal causes of depression. 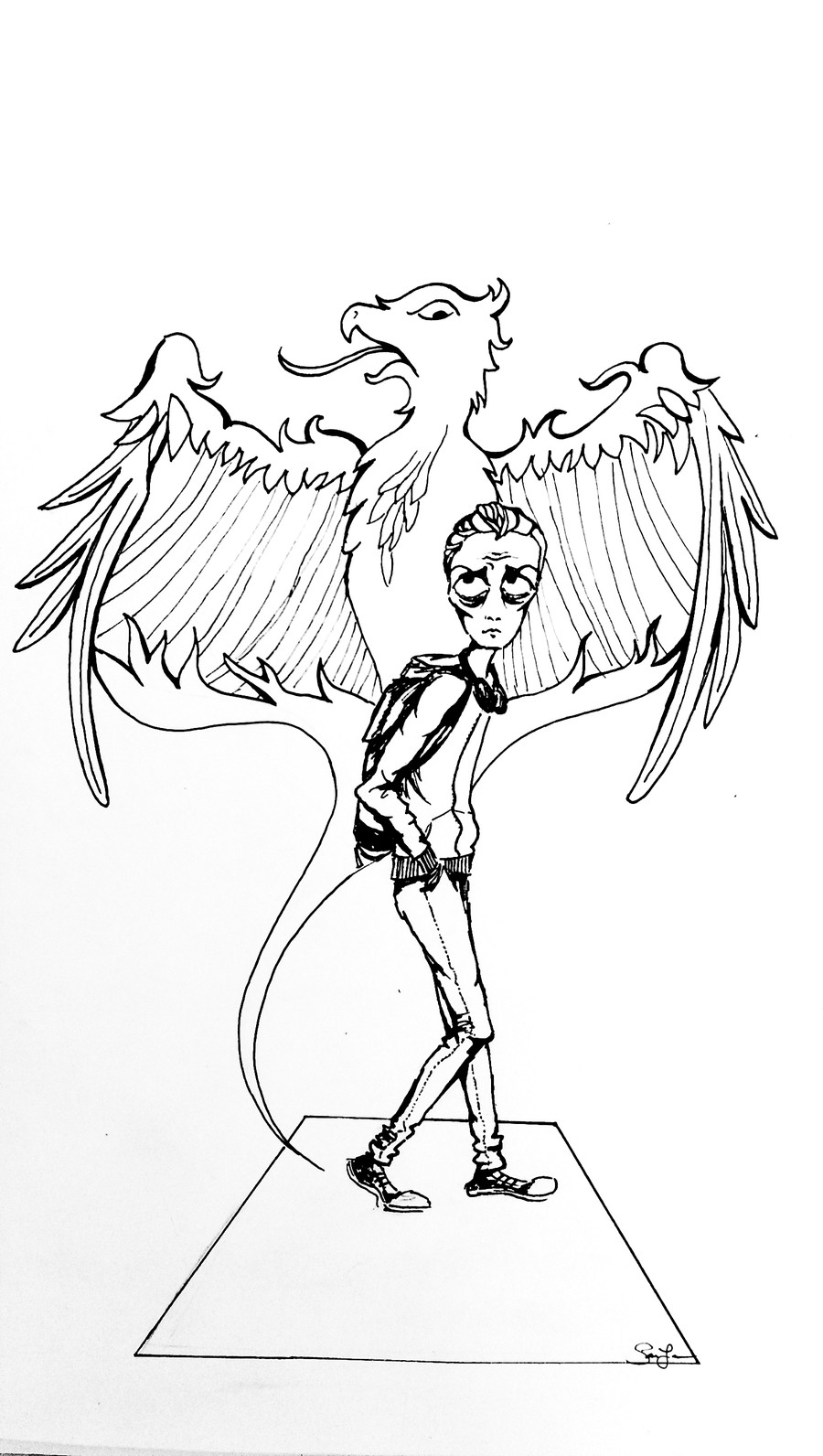 I stepped on the seal for the first time near the end of my first year. It was neither on purpose nor on accident; it simply happened to fall in my path and under my foot. I’d decided to stop avoiding it—if the seal happened to be between me and where I was going, it would get stepped on. And if it wasn’t, it wouldn’t.

Some time later, probably toward the middle of my second year, I started stepping on the seal on purpose. I would be sure to tread on at least a corner of it whenever I passed by, sometimes veering far out of the way to do so, sometimes turning around and marching back into Hutch if I’d forgotten. I took great pleasure in stepping on the seal, especially in front of prospies. It was, on the smallest of scales, a means to rebel against an institution I viewed as flawed, a way to flip the bird at something as abstract as a school of thought. I didn’t care for UChicago. I thought the school cared little for its students, and I saw those same students as both cynical and naive. I viewed the life of the mind as a foolish one. When I looked down at the seal I saw a school that glorified suffering and self-loathing, and collected silly traditions in a feeble attempt to cobble together some sort of collective positive spirit. So I stepped on the seal and I stepped on all of that.

I blamed UChicago for a lot. I blamed it for filling my head with growth models I’d never find relevant, for filling my arms with more work than I thought necessary, for filling my stomach with overcooked chicken during the week and Svedka on the weekends. But most of all I blamed UChicago for my depression. Because for much of my first and second year, I was depressed, and the University is an easy thing to pin that on. It was easy to ignore the fact that I’d pretty much been depressed from ages 10 to 17, that only a solitary year had actually separated me from that. It was easy to ignore that I’d been home-schooled before going to a high school with a graduating class of four, and that perhaps my social skills were not at a college level. It was easy to ignore that I’d never really had homework before, that I was stepping up from T-ball to triple A in terms of workload. It was easy to ignore a lot of things, and easier still to blame my being unhappy on something else, to be mad at an institution famous for killing fun rather than to challenge myself.

This is not to say that UChicago is free from blame in my or any other students’ depression; this is a hard place to be if you have inclinations toward that. Reasons for stress aren’t exactly hard to come by, and clear opportunities to enjoy yourself often are. My point is not that UChicago is a great place to enjoy yourself, or even a good one, but rather that I’ve found that happiness has far more to do with yourself than it does with what’s around you. I think there are many of us at this school who have a hard time with happiness, and many who blame that difficulty on the school, because, well, it’s kind of an easy target. Obviously this place isn’t the right fit for everyone, and I definitely still have plenty of issues with it, but I think it’s important to recognize just how easy it is to ignore other, often internal, causes of depression when a scapegoat is so readily available.

Earlier this year I stopped stepping on the seal on purpose, and this quarter I’ve started avoiding it altogether again. I don’t avoid it for fear of not graduating in four years, because, well, I’ve already blown that, but rather out of respect. Because I recognize now that in making the school my scapegoat, in blaming it for many problems that were mine and mine alone, I unfairly blamed an institution, hundreds of faculty, and thousands of students for issues that weren’t theirs. And then I trod on them. I disrespected all the people who do love this place and all the people who work hard to make it what it is. I disrespected a philosophy and a way of life because I didn’t agree with it and I thought it had harmed me. I was a dick (I still often am) and I’m sorry for that. While treading on the seal may be a great way to give the finger to an otherwise faceless entity, it’s much harder to apologize to this particular faceless entity. I suppose I could just say sorry to the seal, but that might be kind of weird. So really, I guess the best I can do is to simply say to anyone thinking of stepping on the seal: Don’t. Because you can’t take back your footsteps.

Liam Leddy is a third-year in the College majoring in economics.