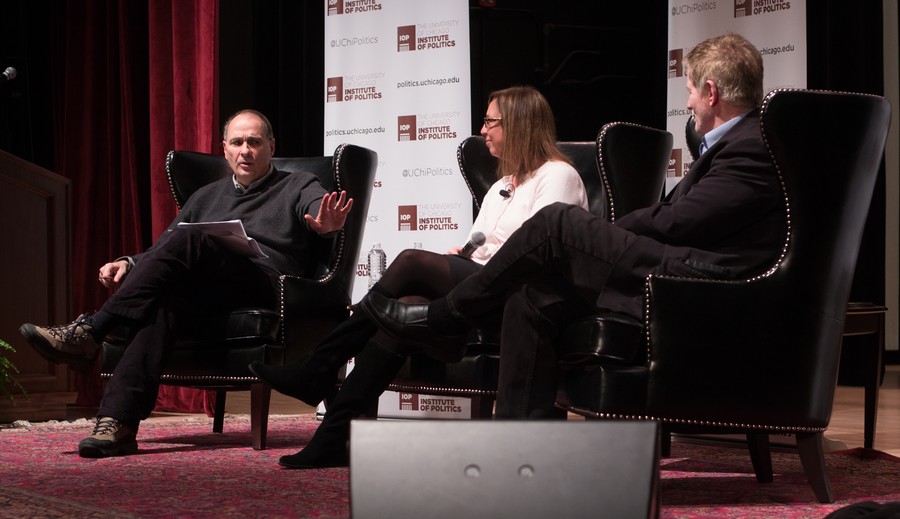 On the Democratic front, the panel observed a divisive clash between Bernie Sanders and Hillary Rodham Clinton. According to Jacobs, voters have a choice between Sanders’s “better vision” and Clinton’s superior resume. Despite Sanders’s strength as “someone who is authentic,” the symbolism of Clinton’s recharged candidacy gives her a slight edge.

“I see so many mothers bringing their daughters,” Griffin said on Clinton conventions. “That’s a huge element of her support.” Nevertheless, he later pointed out a significant base of support for Sanders in New Hampshire, illustrating that for a sizeable minority, Sanders is the better candidate. 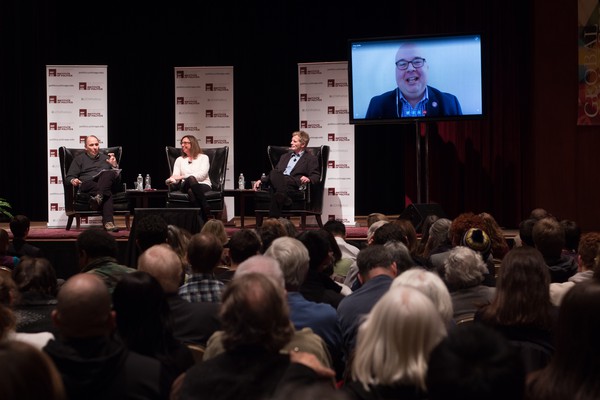 On the Republican front, the panel noted a decline in Jeb Bush’s popularity and a tense face-off between Ted Cruz and Donald Trump. Axelrod described the Republican race as “a little crazy” thanks to the entry of Trump, a candidate who quickly became an unexpected threat for Cruz. Undaunted by the dispassionate Jeb Bush, the two Republican forerunners have reached a near stalemate characterized by what Stevens calls a system of “lanes.”

“The candidates have gotten into this ‘well we’re only going to go after voters in our lane,’” Stevens said. “I think they’re walking away from a lot of potential voters.” This sort of “reluctance to be on the attack,” he said, keeps the Republican primary a tight one.

The event’s focus shifted to Trump as audience members stepped up to an open microphone and voiced their questions to the panel.

“Repeated information about Donald Trump has been lacking in this race,” Stevens said. “Most voters really don’t know very much about [him].”

“Donald Trump as a nominee of the Republican Party would be an utter disaster,” Griffin said, and went on to describe a Trump nomination as “self-destructive.” Jacobs captured the panel’s bewildered consensus: “He’s making our heads spin.”