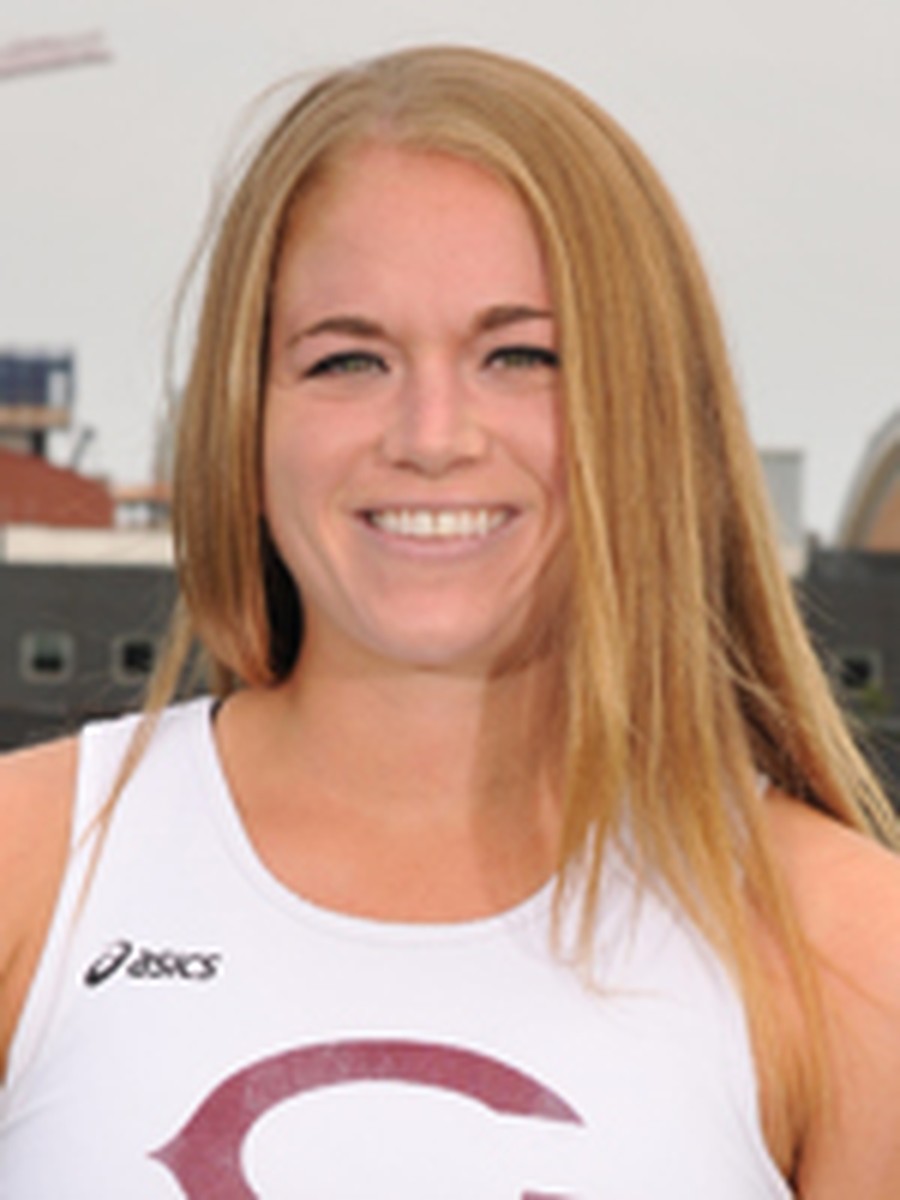 Having made a permanent mark on the program, Catherine Young concluded her final cross country season with her name cemented in the record books. In her final season, she served as co-captain, earned UAA Athlete of the Week, and was named to the UAA All-Academic Team for the second consecutive year.

Growing up in Massapeque, New York, Young always thrived in athletics. She played three years of soccer and basketball in high school.  Remarkably, she only ran two years of track and field and one year of cross country in high school.

“I played basketball and soccer my whole life and didn't start running competitively until the end of my junior year,” she said. “I only ran cross country one season before college during my senior year of high school. It was a really hard choice to quit basketball and join the track team instead, but after seeing how well I did after just one season and how much I truly loved to run, I decided to focus on running for the rest of high school and in college. I think what really pushed me to pursue running was the feeling of pure accomplishment you get after each and every hard workout and race. It's a feeling that really can't be beat when you push your body to its ultimate limit. Honestly, I just love to run.”

Despite only having one previous year of experience in cross country, Young’s passion for running immediately translated into success at the college level.

In her first year, Young was an All-Region selection after she placed 13th at the NCAA Midwest Regional. She also took an impressive 17th place at the UAA Championships in her rookie campaign.

Yet Young’s fondest memories of running at Chicago are not of individual success, but of team success.

“My best memory of being an athlete at UChicago was during my second year cross country season. Both the men and women's teams qualified for nationals that year and it was such an amazing time to share that experience together. The women's team finished fourth to get on the podium for the first time in the team's history. To see all of our hard work pay off, especially at a time where our full team was there, guys and girls, was unforgettable.”

Although Young still has her winter and spring seasons of track and field ahead of her, she is sad that her time on the cross country team has come to an end.

“What I love about UChicago athletics the most is the family that I found in the cross country teams. Our cheer before each and every meet is team on three, family on six. When I was just starting as a freshman, I admit I thought that was super corny. After four years being on the team, I cannot say enough how right it is to call my teammates my family.”

If her dominance as an athlete is not impressive enough, Young, a Public Policy major, also serves as president of the Women’s Athletic Association.  She is also a member of both Kappa Alpha Theta and the Senior Class Gift Committee. Next year, she will work at Ernst and Young.

As she prepares for her final season of track and field, and looks forward to graduation, Young has words of advice for the student athletes she is leaving behind.

“I have to echo my coach for the advice I would give to other athletes,” she said. “After we graduate, we won't have the opportunity to be a member of a team like we do right now. We need to enjoy every single moment of our competition and our time as athletes here. Even if you are upset over a performance, allow yourself just a few minutes of disappointment and then move on and enjoy the rest of the day with your teammates. Use that poor performance to motivate you to be better and just cherish the competition and time with your teammates along the way.”

While she has been able to embrace the advice of only taking a few minutes to be disappointed after a poor performance, it will be difficult indeed for the athletic community to shake the sadness of losing such a great athlete and teammate.