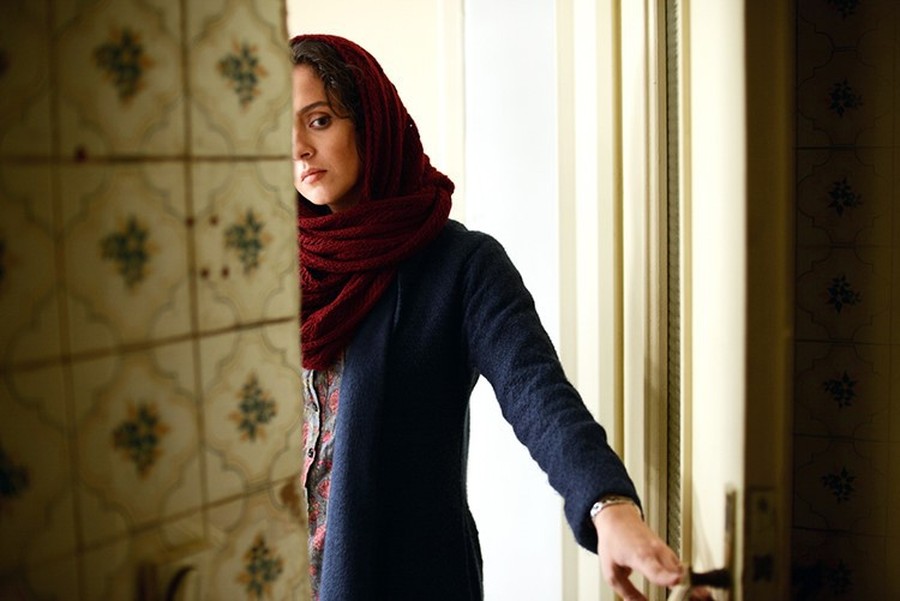 Lingering shots build tension in the film, which took Best Screenplay at the 2016 Cannes Film Festival.

Check out Kenneth’s running coverage of high-profile films screened at the Chicago International Film Festival in the next two weeks. His first review of the series tackles The Salesman, a drama by Asghar Farhadi.

The Chicago International Film Festival—the largest in the city and the longest-running international competitive film festival in North America—will take place at the AMC River East 21 Theater from October 13 to October 27. With its impressive roster, special post-screening Q&As, informative panel events, and convenient location, the Chi Film Fest is a unique opportunity that cannot be passed up by any enthusiastic moviegoer.

The Salesman is an Iranian drama written, directed, and produced by Asghar Farhadi. Farhadi is internationally and critically acclaimed as Iran’s premier contemporary filmmaker; his notable works include Academy Award winner A Separation (2011), About Elly (2009), and Fireworks Wednesday (2006), which was a past winner of the Chicago International Film Festival’s own grand prize, the Gold Hugo. The Salesman premiered in competition at this year’s Cannes Film Festival, where Shahab Hosseini won the Best Actor award and Farhadi won the Best Screenplay award.

There is a powerful scene half an hour into the film: Rana (Taraneh Alidoosti) buzzes open the front door of her building to let in whom she believes is her husband before returning to her shower. As she walks from the bathroom to the intercom, the handheld camera following her heightens the sensation of her solitude and starts to unsettle the viewer-as-voyeur. The camera rests on the door as it swings ajar, ever so slowly and evenly, for 20 whole seconds. We hear nothing but the background noise of the apartment. We can only watch as the door in front of us crawls open insidiously, powerless to do anything about it.

The scene cuts to Emad (Shahab Hosseini), her husband, grocery shopping. He arrives home to discover that his wife has been assaulted and taken to the hospital, a moment that sets the film’s narrative in motion. As a narrator, Farhadi is skillful and confident—even when his material is so realist that it feels unscripted. This is Farhadi’s signature approach: discreet and unobtrusive, yet irresistibly immersive and naturally dynamic. It’s akin to sinking into a warm bath, the water rising up and enveloping the body. His style is artful but in no way artsy, his formalism favoring utilitarian over aesthetic presentation.

Like A Separation, The Salesman works as a character study: the exposition of plot and character tightly intertwined and understood in reference to each other. This development unfolds with commendable finesse as Farhadi measures teaspoon by teaspoon the rate at which narrative information is disseminated, the rate at which the many character dynamics—cultural, familial, gendered—solidify their roles.

While The Salesman may not be as grand or profound in content as A Separation, its more minimalist, microcosmic approach allows it to explore the power dynamics—especially the gendered ones—between characters in sharper focus. For example, Rana’s command of the camera’s gaze compensates for the agency that she lacks in shaping her destiny. While the medium close-up shots of male characters like Emad evoke feelings of motivation, anger, or desire, the shots of Rana are reserved for the passing of resounding moral judgment. Farhadi never coerces the viewer to pick sides through narrative exposition. Rather, he engages us with the people onscreen through careful cinematic construction of his characters and their circumstances—and no character is more compelling than Rana.

At the heart of this film is the expectation of forgiveness. Therein lies issues of intention, respect, morality, shame—all of which are fairly and thoughtfully managed by a writer-director who shows no sign of stepping down. For anyone with a general interest in meditative, character- and relationship-driven drama, Farhadi’s film is an absolute must-see.

The Salesman runs 125 minutes in Farsi with English subtitles. It will screen Sunday, October 16 at 5:45 p.m. and Wednesday, October 19 at 6 p.m. Individual tickets and festival passes are available online at http://www.chicagofilmfestival.com.