Not Born This Way

Identity sometimes means rejecting what you were born into 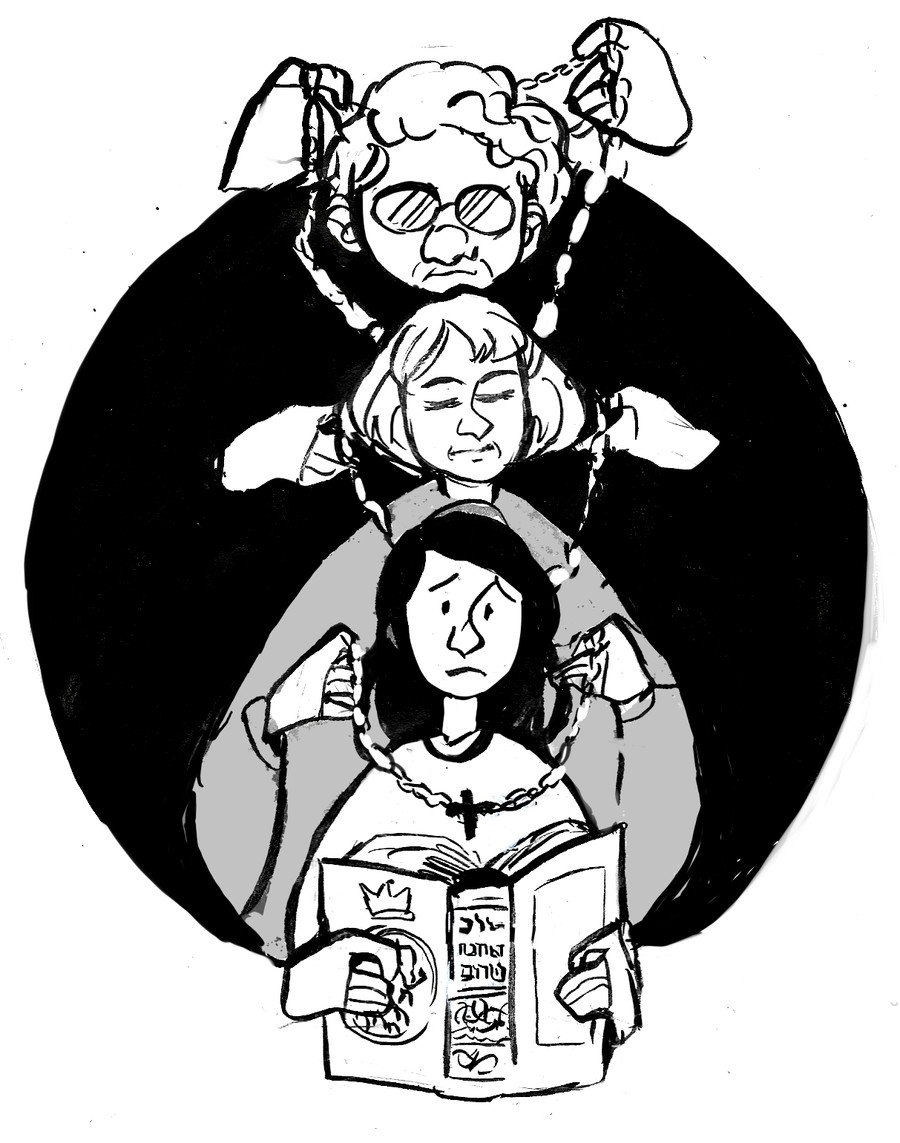 At the root of every college interaction is the desire to feel accepted. From the Hull Gate procession to O-Week parties to the never-ending info sessions, we come into college desperately wanting to belong. This, in part, explains our perusal of cramped up tables at the annual RSO fair. We search for our niche—the community that will welcome us most. Where will we be validated in this search for acceptance? Somehow, in my overly ambitious and chaotic first year, I catapulted into the most unlikely of places: UChicago Hillel.

I attended my first service joining the celebration of the Jewish New Year, Rosh Hashanah. The basement in Hillel is stockpiled with bibles and miscellaneous supplies, and somehow more than 30 of us piled in. It was a large and intimidating step, especially considering it was an Orthodox service completely in Hebrew, but my best friend sat with me, explaining everything as it happened. She guided me through the prayer book, pausing when I had questions and slowing down when I could not keep pace with translations. For 40 minutes, Rachel’s patience never wavered. Everyone else knew what they were doing, but they didn’t criticize me for imposing. My presence was not an imposition.

Transition to me now: It’s the beginning of my third year, and I’m somehow coming to terms with being halfway done with college. Never would I have guessed that in the spirit of Yom Kippur, the holiest and most important day of the Jewish year, I would have squeezed between two of my closest friends during Tuesday’s evening service at Rockefeller Chapel. In the front pews, children, students, and adults alike—the men all wearing yarmulkes—cramped together. In that moment, I felt a moment of solace and community. Obviously, there’s something very spiritual about this process, but also something essentially human. And although I’m not Jewish, and I don’t know a word of Hebrew, I feel at home in UChicago’s Jewish community. And it is this sense of belonging that prompted me—the Catholic-turned-atheist Midwesterner who has never so much as attended a bar/bat mitzvah—to apply to be an outreach intern at Hillel.

I do not want to blindly submit to a practice simply because I was born into it. I don’t want to abide by a religion because my parents were taught to do the same. When I was ecstatic and told my grandmother that I was one out of six interns at Hillel (yes, the only non-Jewish intern), she scoffed, “We’re Italians. We’re Catholic.” What an ambiguous, baseless statement. My family doesn’t go to church, and I was never confirmed. Being the Italian and Catholic granddaughter was not my choice, yet I’m still expected to pledge allegiance to and uphold these identities and the obligations that accompany them. While I respect tradition and my ancestry, I firmly believe that education and experience provide the opportunity for extensive self-determination.

I’ve always worried about not being taken seriously. When I attended my first Shabbat at Hillel, I worried that my intentions would be misjudged. I’ve questioned if I seem sincere in my efforts to assimilate to a community, a culture, and a religion that are not by definition my “own.” And yet I wonder if actively participating in another culture and its traditions gives me enough to claim ownership to it. Being involved in Hillel and making an effort to be a part of the Jewish community has caused me to question other aspects of my life: Are the activities in my life important to me because I choose to do things like attend Jewish services? Was I just going through the motions before, when I blindly accepted my Catholic heritage, because it was what I was told to do? As I launch into my twenties, I want to remain curious and thoughtful; and as I do so, I realize that fulfillment can be achieved when we branch out from the expectations imposed on us and pursue self-inquiry.

Brooke White is a third-year in the College majoring in public policy.