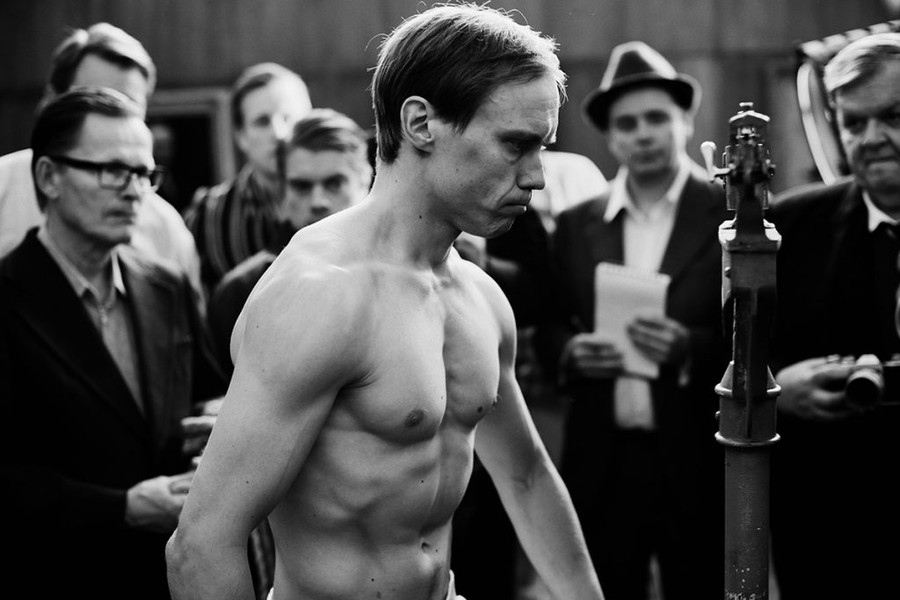 Check out Kenneth’s running coverage of high-profile films screened at the Chicago International Film Festival. His third review of the series tackles The Happiest Day, a Finnish biopic by Juho Kuosmanen.

The Happiest Day in the Life of Olli Mäki is a Finnish biopic directed by Juho Kuosmanen. While Olli Mäki is his first independent directorial debut, Kuosmanen’s graduate work has already received plenty of recognition in the Finnish film world. Olli Mäki premiered at the Un Certain Regard section of this year’s Cannes Film Festival, dedicated to encouraging innovative and daring works by young talent, where it won the top award.

The Happiest Day in the Life of Olli Mäki is a biopic of Olli (Jarkko Lahti), a brawny but modest and compassionate rising boxer in 1950s Finland. At face value, Olli Mäki is a routine boxing film—there is the cold, unsympathetic coach; the emotionally charged training sessions; the vomiting-in-a-toilet-to-make-it-into-a-weight-class scene. In actuality, the film works foremost as a romance, focusing less on Olli the featherweight boxer, and more on Olli the young man caught in the throes of true love.

Olli Mäki succeeds on several formal and stylistic levels. Shot entirely on black-and-white film with unassuming, well-lit use of fluid long shots and no soundtrack, the film acquires the narrative power of flipping through a well-curated photo album. The camerawork has a documentary quality to it, both in its movement and tracking of figures and conversations. Kuosmanen’s technique produces a heightened sense of association with the film’s protagonists, especially when the camera transfixes on Olli or his love interest Raija (Oona Airola), whose faces and silhouettes are projected in clear contrast to their colorless backdrops.

For a relatively young director, Kuosmanen composes mise-en-scènes with remarkable control and a layered use of foreground and background. This becomes particularly useful in balancing the elements of Olli’s athletic and romantic narratives within a single scene. His style is considerate rather than imposing, and illustrative as opposed to expository. With his natural and authentic execution of such intimate scenes as an affectionate couple’s bike ride or (very) naked roughhousing in the men’s locker room, Kuosmanen creates a sense of comradery between the film and the viewer.

All these filmmaking elements, tied together with mature and sensitive performances from the lead actors, create a film that seeks not to impress, or even narrate, but rather to unearth a charming, nuanced portrait of a couple challenged by the demands of international sports. Olli Mäki is an effortlessly enchanting film about competition, character, and (most importantly) romance, pulled off with unwavering craftsmanship.

The Happiest Day in the Life of Olli Mäki runs 92 minutes in Finnish with English subtitles. It will screen Wednesday, October 19 at 5:45 p.m.; Thursday, October 20 at 8:30 p.m.; and Monday, October 24 at 3:15 p.m. Director/writer Juho Kuosmanen is scheduled to attend the October 19 and 20 screenings. Individual tickets and festival passes are available online at http://www.chicagofilmfestival.com.

Barry Jenkins and Tarell McCraney of "Moonlight" expand on the film's themes of race, sexuality, and gender.