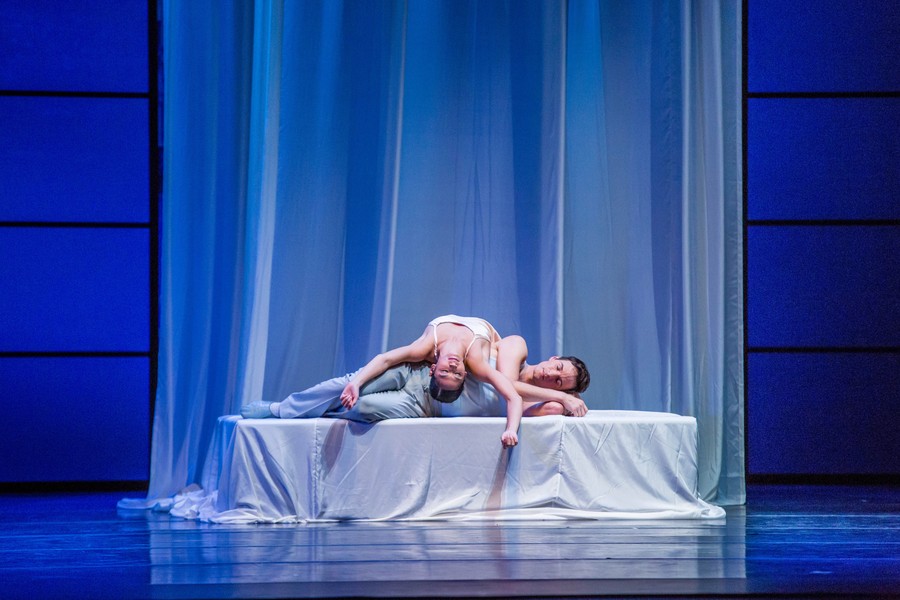 Romeo & Juliet began with stillness. As the curtains rose and the music crescendoed, the audience was confronted by dancers staring at the audience head-on, unmoving. Behind them a backdrop is illuminated, an industrial set. We observed their old-fashioned clothes, vintage palette, and the pedestrian way in which they carried themselves. We had been transported to a different, yet somehow similar, era, one in which movement was mundane yet determined.

The Joffrey Ballet performed its modern rendition of Shakespeare’s classic last Thursday at the Auditorium Theatre. With a multimedia video backdrop, minimalistic set and simple costume design, the production relied solely on the dancers to convey director and choreographer Krzysztof Pastor’s reinterpretation of the play.

The performance, which was divided into three acts and commented on three highly political eras of the 20th century, emphasized the timelessness of conflict and its disastrous effects on love. The first act takes place in a fascist 1930s Italy, the second in the communist 1950s, and the third in a 1990s Italy under Silvio Berlusconi’s tyrannical rule.

“The story is meant to take place in three different eras so it’s showing the same story happening over and over again,” said lead dancer Dylan Gutierrez, who plays Romeo. “[The ballet] kind of has an underlying message…. We as human beings tend to make the same mistakes,” he said. 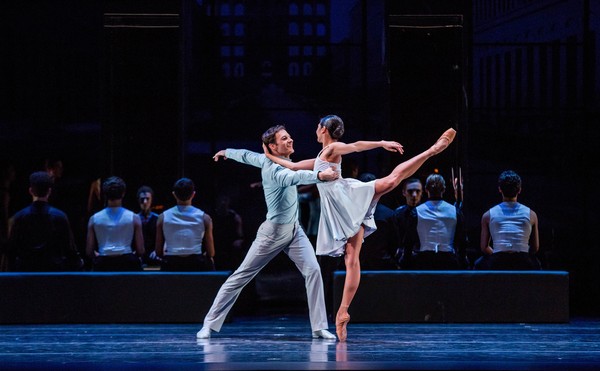 Pastor incorporated the advanced technique of 19th-century Imperial Russian Ballet, stripping it of its heavy, theatrical setting and melding it with the more unconventional lines and abstract shapes of 20th-century Balanchine technique. The result was sleek, bold movement still reminiscent of its classical foundation, directly reflecting Pastor’s innovative take on Romeo & Juliet.

Gutierrez dances alongside lead dancer Jeraldine Mendoza, who plays the role of Juliet. This is Gutierrez and Mendoza’s eighth and sixth seasons with the Joffrey Ballet, respectively. In addition to playing lovers onstage, the two are also a real-life couple who find that dancing together as lovers comes with ease.

“I like to go back and remember how I felt when I first met Dylan, when I first started noticing him,” Mendoza said. “I like to incorporate that into the role of Juliet because in the ballet there’s a huge scene where they first meet, and it’s just magic, and I feel like we definitely have that between us.”

The scenes between Romeo and Juliet are calm moments in the midst a storm. “There’s a really calm scene where Juliet kind of just walks across the stage. It happens after the quarrel and the two deaths of Mercutio and Tybalt,” Mendoza said. “She symbolizes innocence and the beauty of that innocence.”

When the violence in Romeo & Juliet reaches its peak and the two lovers are set to be alone together for the very last time, the performance takes the audience by surprise by reaching its calmest point. The dark, imposing geometric shapes hanging in the background are replaced by mirrors, one of which raises Juliet into the air for her balcony scene. Then the two lovers are dancing alone, with nothing but a white silk sheet, a bed, and a soft blue light. The most intimate, most raw moment of the ballet plays out.

Everyone in the audience knows the fate of Romeo and Juliet. They know, yet they wait, frozen, as it unfolds. The story has been transformed for them by the Joffrey, still loyal to Shakespeare’s classic, yet brought into modern times through movement and art.