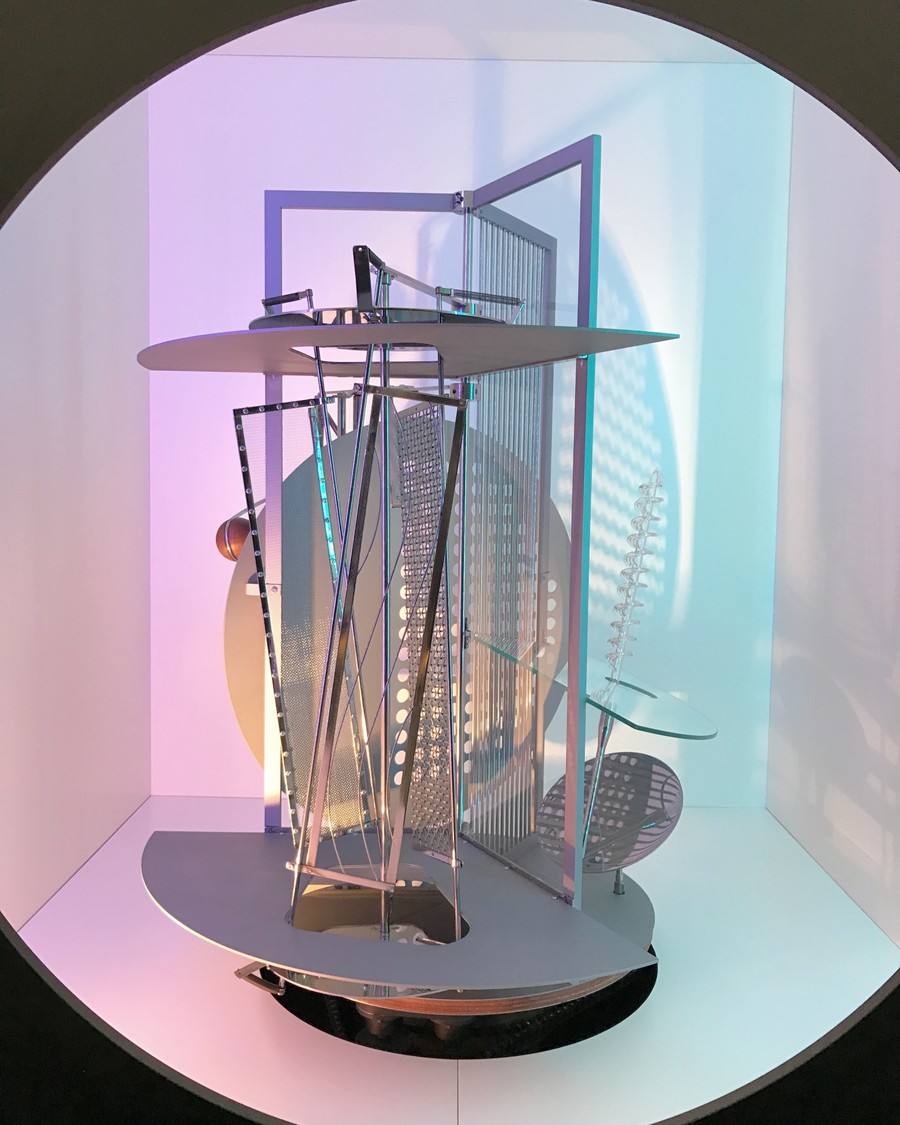 László Moholy-Nagy discovered his leukemia in 1945. That same year he dedicated two works, Nuclear I, CH and Nuclear II, to atom fission.  These paintings, among others uniquely reunited for Future Present at the Art Institute of Chicago, feature the earth’s globe and microscopic globules coexisting in a strange and colorful harmony. Moholy-Nagy passed away one year later in Chicago, leaving behind a life in the arts that included painting, sculpture, photography, cinematography, and advertising, among others. Future Present reunites over 300 of these pieces in an exquisitely curated retrospective made possible by the Guggenheim, the Art Institute of Chicago and the Los Angeles County Museum of Art. 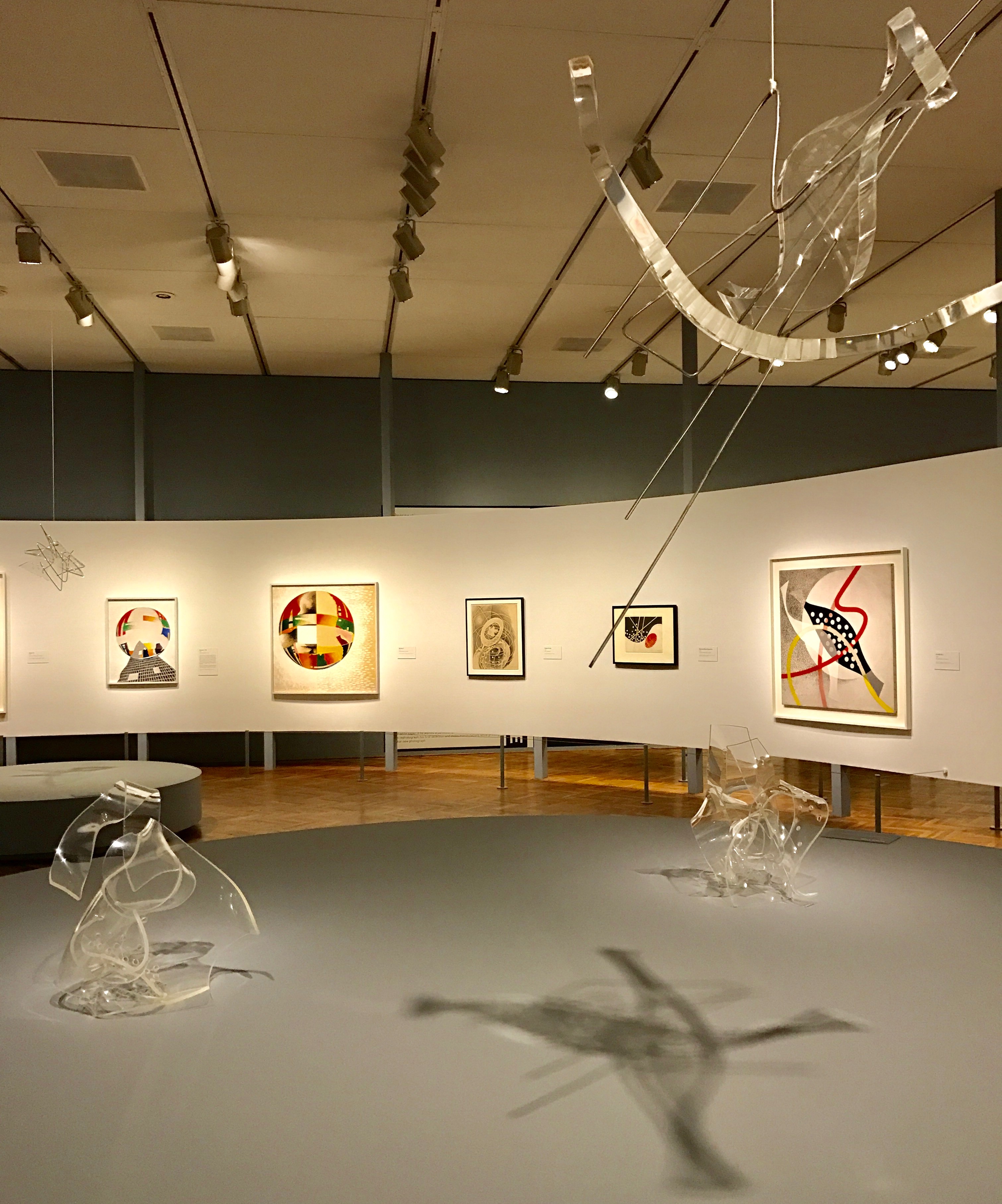 Born in Hungary, Moholy-Nagy started his artistic career as a poet in his teen years. During World War I he began drawing in the trenches and took on painting while recovering from battle wounds in Budapest. He moved to Berlin in 1920 and studied contemporary art movements, such as Dada and Constructivism. In 1923, he was hired as a teacher for the Bauhaus art and design school. These years defined his style and obsessions, paving the way for a career that spanned the coming decades and led to the foundation of the New Bauhaus in Chicago, where he moved in 1937. This school continues now as part of the Institute of Design at the Illinois Institute of Technology.

By arranging Moholy-Nagy’s works mostly chronologically, Future Present allows viewers to appreciate the themes that hold together his output as a lifelong exploration of present reality, future possibilities, abstraction, and industrial production. The paintings about atomic fission share, for example, common forms with a poster designed years earlier for the London Tube; the paintings in the Kesner Portfolio could easily be passed as sketches for his famous Light Prop for an Electric Stage. The exhibition also showcases some of the distinct techniques used by Moholy-Nagy to investigate and experiment with similar forms and subjects. 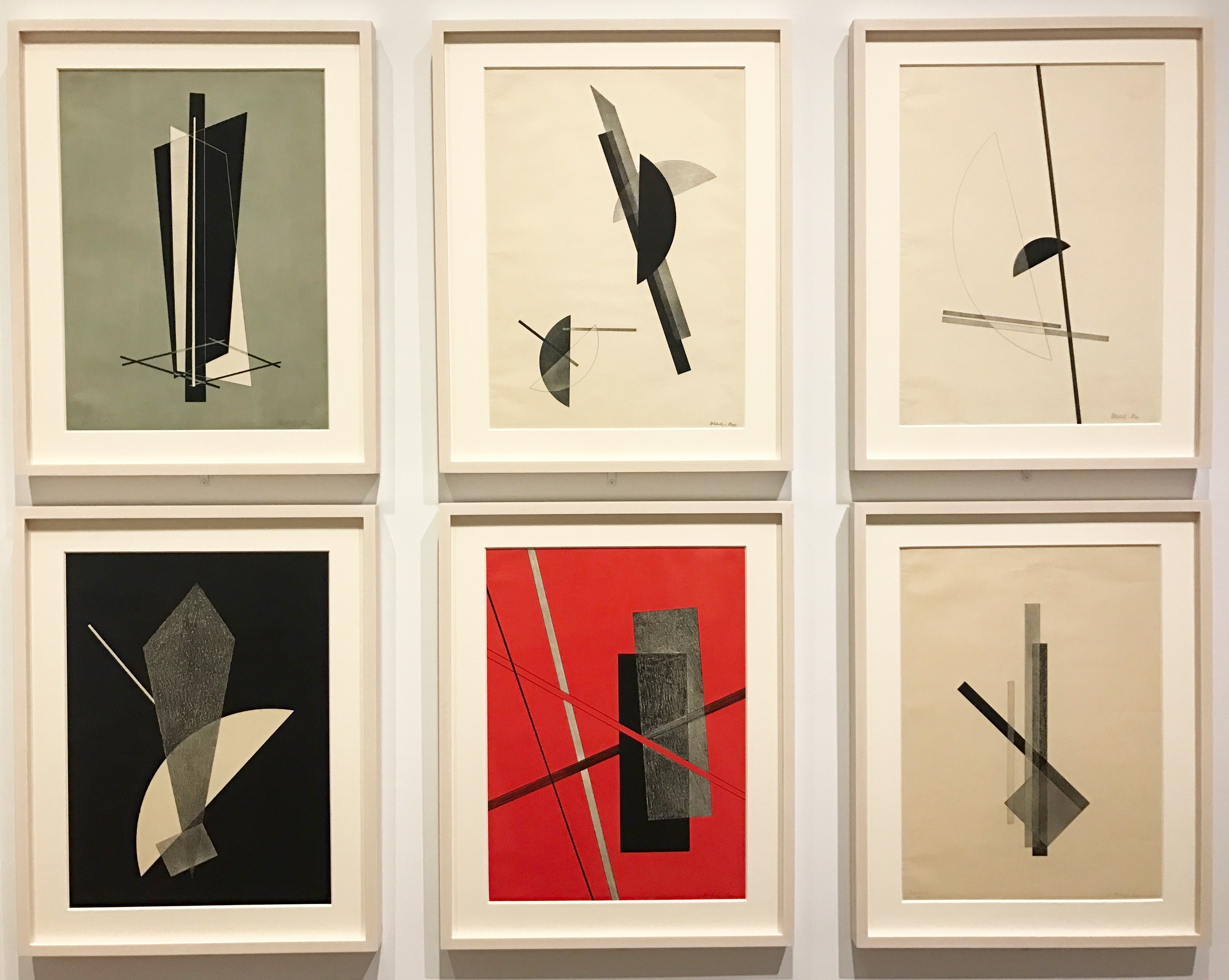 Such unity might be a defining characteristic of Moholy-Nagy’s oeuvre. While walking across Room of the Present, a centerpiece of the exhibition that was built on 2009 based on plans and documents dating back to 1930, it becomes even clearer. The chamber allows sculpture, film, photography, and design elements to come together simultaneously.

Future Present, first presented at the Solomon R. Guggenheim Museum in New York City, reveals a constant striving against technical boundaries. It also presents Moholy-Nagy’s frustration with the techniques of his time. As a beautiful endnote to an exhibition that has metaphorical time in its center, the nighttime slides shot in Chicago during the mid-20th century were not printed until 2002 because of the artist’s dissatisfaction with the printing quality of the time. Moholy-Nagy created art not only about the future but also for the future; his Lake Shore Drive pictures could not be in a more fitting time and place.

Moholy-Nagy: Future Present will be on display in the Art Institute of Chicago through January 3, 2017.