The Cubs’ historic victory could have implications outside the realm of sports. 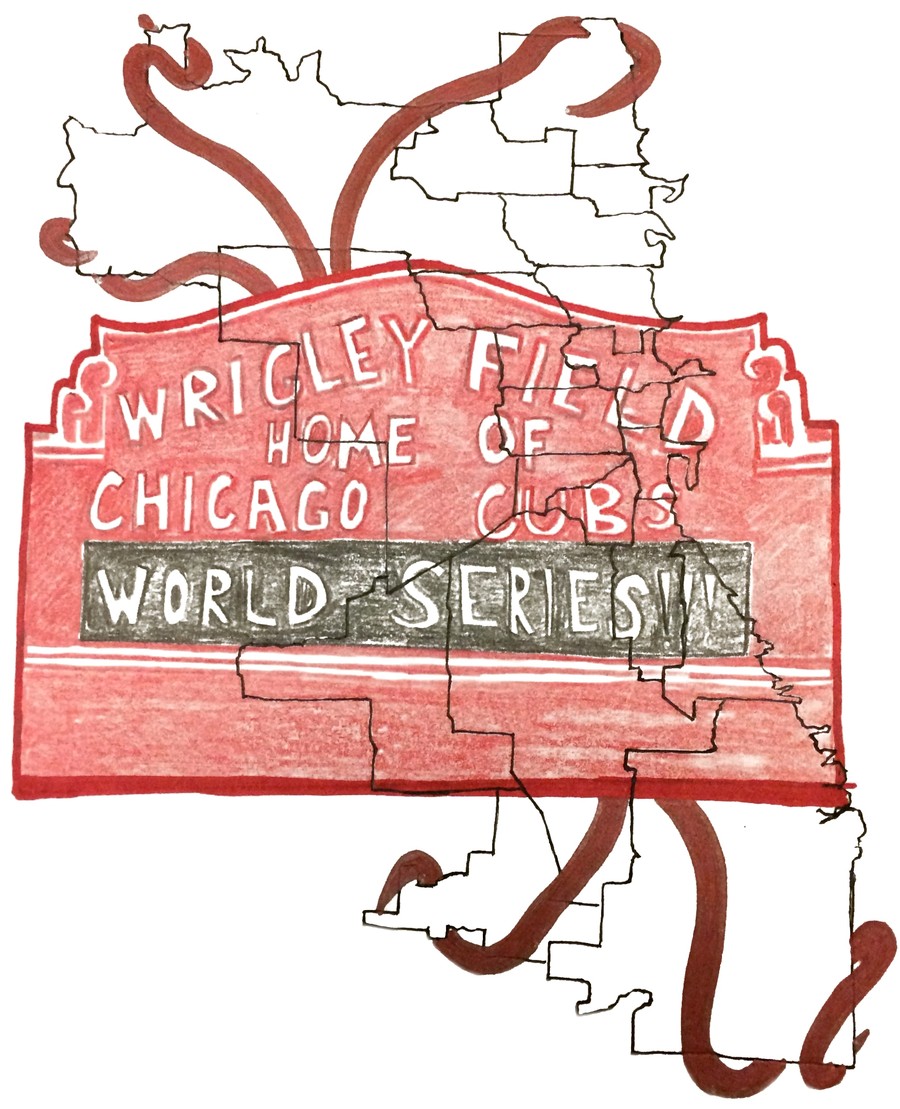 This past Saturday, for the first time in 71 years, the Chicago Cubs snagged a coveted spot in the World Series. Now, as someone whose sporting career declined incrementally after her shining days as the sole girl on an all-boys baseball team, I would never have expected myself to report on such an event as the World Series. As I stood outside of Wrigley Field last Saturday, however, surrounded by hordes of celebratory fans, I witnessed the unquestionable power of sports and their role in unifying masses of people. This notion struck me, ultimately shifting my views on some of America’s pastimes.

In all honesty, I had never even planned on going to Wrigley Field last weekend. On his way out of our dorms, a friend knocked on my door and invited me along. After internally weighing my oh-so-exciting options (stay in North Dorms and continue studying marginal analysis or go stand outside a baseball game to which I had no tickets), I decided upon the latter. Equipped with both my U-Pass and exceedingly low expectations, I joined a few housemates on an adventure to Wrigleyville. As we approached the field, bright lights and spirited cheers filled the sky, and my T-ball-self grew slightly nostalgic. “This is historic!” my friends continually reminded me. “Do you realize what might happen here?” They questioned with the subtle superstition that characterizes true baseball fans. The last time the Cubs played in the World Series, they informed me, World War II had just ended, poll taxes still existed, and Disneyland had yet to open. Perhaps this nearly century-long drought contributed to the passionate shouts and fervent crowds that filled Chicago’s streets. Or maybe something greater, something embedded in the very nature of sports, holds the potential to connect people in a much larger way than we realize.

Throughout history, sports have repeatedly proven quite consequential to stabilizing groups of people.  In 1995, Nelson Mandela arrived at the Rugby World Cup Final donning a Springbok jersey, the uniform of the very people that had imprisoned him for 27 years. Rugby, in the time of apartheid-torn South Africa, symbolized oppression and subjugation; the sport served as a constant reminder of European colonization. Nevertheless, Mandela knew that the black community’s approval would simultaneously validate the presence of Africans in the sport and create a commonality within the racially divided nation. The social and political implications of Mandela’s support of rugby generated a sense of racial unity that exemplifies the transformative nature of sports on a national level.

Three years ago, in our own country, a usually joyous event fell victim to terror, challenging Americans to extract hope out of a wholly horrific situation. The 2013 Boston Marathon bombing, injuring 264 people and killing three, tested our nation. Out of the rubble, however, came Red Sox star David Ortiz. Ortiz famously (and explicitly) restored a sense of community to his state by claiming that no person or group would “dictate [Boston’s] freedom” leaving a message that Americans must remember to stay strong and bond together. Even the Olympics, as we witnessed this past summer, have the capability of softening disputes between countries. The concept of an “Olympic truce” dates all the way back to the ninth century B.C. and denotes that all conflicts between nations must halt seven days before the Olympics and can only begin again seven days after the games, as a means of granting safety and fair play to athletes and their supporters.

Chicago, a city commonly associated with violence and crime, possesses an invaluable asset in the form of its sports teams. The charged atmosphere that so characterized Wrigleyville last weekend could undoubtedly affect the entire city, bringing a newfound sense of hope to millions of people. Although the evident divide between the North and South sides of Chicago manifests itself in the ongoing Sox-Cubs rivalry, a sense of camaraderie could grow out of a mutual love of both baseball and Chicago itself. The city simply needs its own Mandela or Ortiz to remind seemingly disparate fans of their obvious similarities. I even found myself, a Los Angeles native and an incognito Dodgers fan, assimilating naturally into the counterintuitive pro-Cubs mentality. Perhaps this unbridled support of a team with a 71-year slump comes from the basic human desire to feel a part of something greater than oneself. We join clubs, participate in volunteer work, travel, and grow families while subconsciously searching for belonging. Supporting a sports team, such as our very own Chicago Cubs, provides the same satisfaction, the same sense of self-actualization, as any of these activities. Regardless of how the Cubs perform in the Series, their tale illustrates the unifying power of sports.

Jordan Karpin is a first-year in the College.