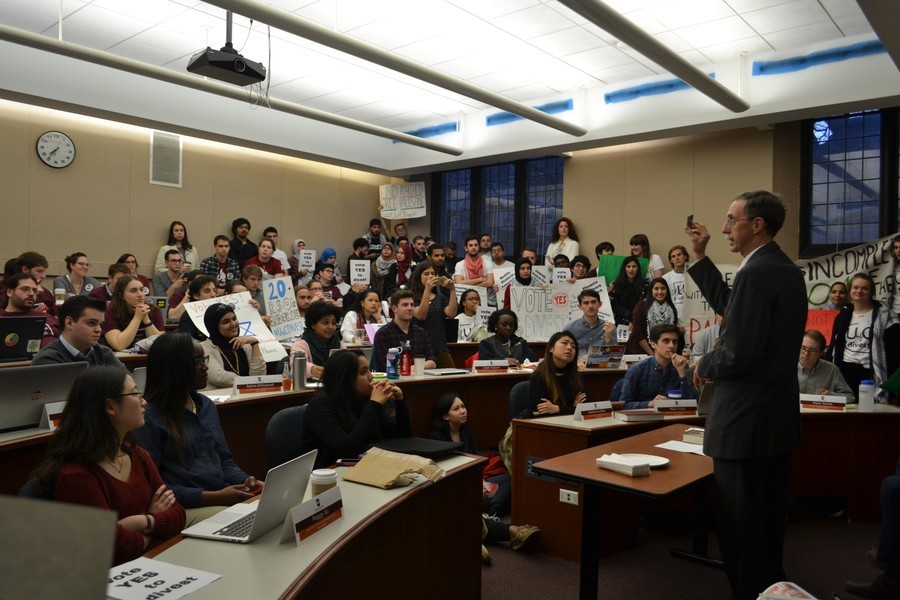 Several first-years have declared their candidacies for College Council (CC) on Facebook and with chalk campaigns on the quad.

In order to be eligible to run, first years must accumulate at least 30 signatures from peers in their year by 5 p.m. this Thursday and submit their petition to the Center for Leadership and Involvement. Petitions for the election are now available on the Student Government website.

During election week, October 10–October 14, candidates will run a table in Reynolds Club for an hour and have their candidate statements posted on the Student Government website.

Polls will open on Blueprint at 10 a.m. on Wednesday, October 12 and close at 4:30 p.m. on Friday, October 14. Winners will be announced at 5 p.m. in the Bartlett Trophy Lounge.

Students in the Class of 2020 will run for four seats on CC. CC representatives for other classes in the college were elected in the general election last spring.

Candidates were sent a survey with questions about their positions on divestment, free speech, and pay for SG leaders.