A UCPD officer told the individuals to stop standing on the flag. 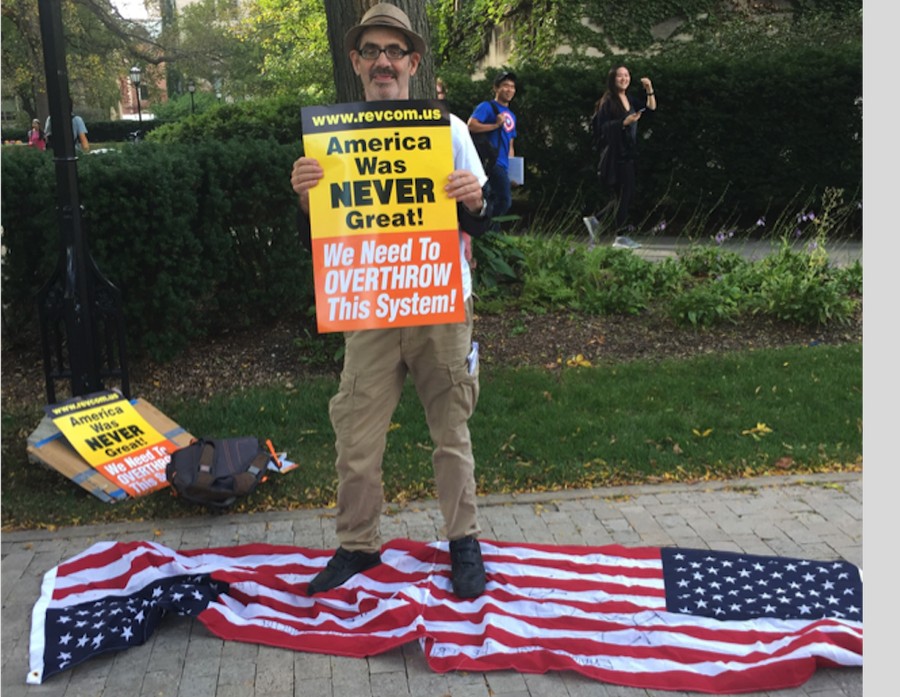 One protestor likened his standing on the flag to the refusal of Colin Kaepernick to stand during the National Anthem.

Protesters were seen on campus standing on an American flag on the quad on Wednesday.

Lou Downey, one of the protesters, told The Maroon that security told him to stop stepping on the flag and to cease passing out literature. According to University spokesperson Jeremy Manier, “a UCPD officer spoke with the individuals to ensure that their protest would not block the public way.”

The protesters are affiliated with the Revolutionary Communist Party (RevCom), which is a Maoist political party chaired by Bob Avakian. Avakian, who is known as “Chairman Bob,” and once called Mao Zedong’s China “wondrous,” is sometimes accused of running the party as a cult of personality. The party advocates the overthrow of the government of the United States.

As students were handed fliers, the activists shouted “America was never great!” and “It’s time for a revolution!” Downey pulled out a large American flag from his backpack and began standing on it until he was approached by the UCPD.

Downey likened his actions to the burning of an American flag outside the Republican National Convention on July 20 and the refusal of Colin Kaepernick to stand during the National Anthem. “I don’t respect this flag, because I know what this flag represents; what it has flown over. In other words, America.” Downey said.

“This kind of speech in particular should flourish on this campus,” Downey said.

Noches Diaz was arrested for trespassing and subsequently banned from campus.