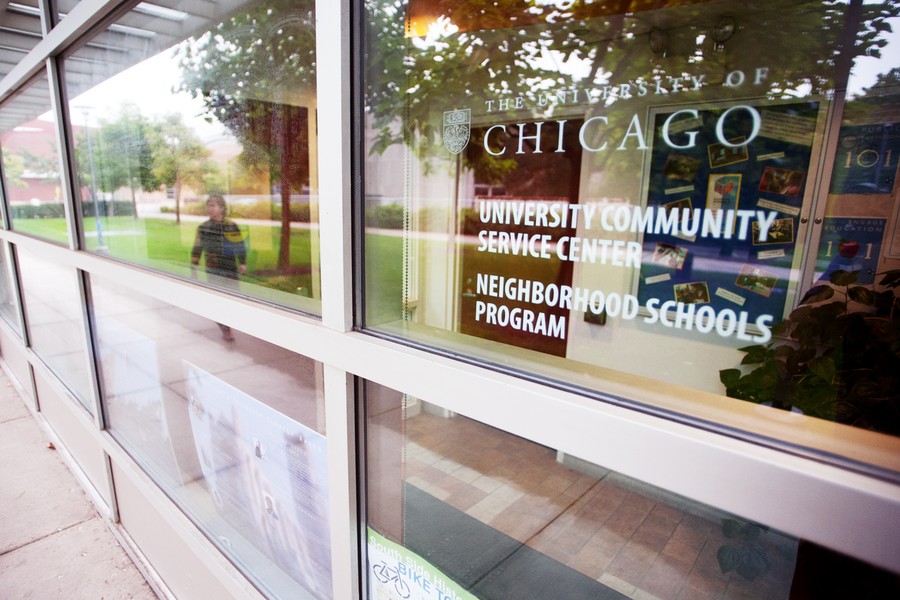 The University of Chicago Service Center (UCSC) is celebrating its 20th anniversary this year with a series of events that summon the community to engage in service, even if just for 20 seconds.

The 20 for 20 Community Engagement Challenge is a program of service and special programming.

The programming will include “First Friday” events on issues like education, criminal justice, and housing and economic development as well as “Second Saturday” excursions into the community.

First Friday community sessions, which will begin with a panel discussion at 1 p.m., will be followed by roundtable discussions and networking events about each month’s topic. Second Saturday sessions, which will last from 10 a.m. to 1 p.m., will bring students and faculty out to surrounding areas in order to engage the community directly. The first session of First Friday, on education issues, will be held on Friday, October 7, while the first session of Second Saturday was held on Saturday, October 8.

Other chances to get involved with the 20 for 20 Community Engagement Challenge include the Reflection and Dialogue Sessions, Civic Engagement Coffee Chats, workshops/skill-building sessions, and externships or job shadowing. These monthly events continue the theme of discussing problems in the neighborhoods surrounding the University of Chicago. In addition, there are “20 for 20” pledges that can be made on the UCSC website. These pledges are commitments to the community to become more civic-minded, and highlight the main idea of the 20 for 20 Community Challenge: What can be done in 20 seconds, minutes, hours, days, weeks, or even months to invoke social change in our nation?

The UCSC has drawn roughly 2,000 students each year to programs that emphasize areas such as social entrepreneurship, philanthropy, community education, and advocacy. The center works to engage first-years through service even before their official entrance into the College during O-Week through programs such as Chicago Bound and Seeds of Justice.

The 2,000 students involved in UCSC programs have reached out to 55 of 77 Chicago communities and a number of community organization partners. UCSC, founded by Michelle Obama in 1996, is a student-led group aided by five professional staff members led by director Amy Chan.

“Over the next 20 years, if we could get at least half of the student body involved in UCSC programming, I believe that we could create an even stronger culture of civil engagement in which we would set a new standard among our peer institutions about how we can continue to be good neighbors and activate social change in Chicago and beyond,” Chan said.