By mishandling its finances, the University mistreats its students. 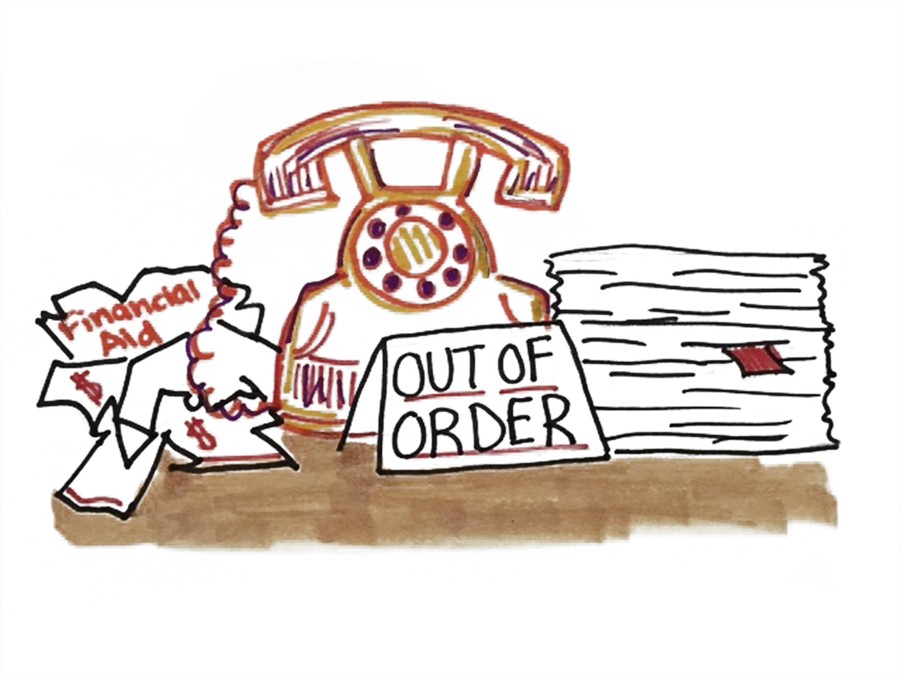 The Office of College Aid and the Office of the Bursar have been egregiously ineffective this year, seriously inconveniencing both the undergraduate and graduate populations of the University of Chicago. Weeks into fall quarter, many undergraduate students have not received confirmation of their completed financial aid packages from the Office of College Aid. The Office of the Bursar has been similarly inefficient this year, as there have also been delays in supplying students with a refund of financial aid and loan credits.

Underlying all these problems plaguing these financial offices is a lack of proper communication, or simply no communication at all. E-mails, calls, and meetings with the Office of College Aid have proved to be fruitless for many students. A first-year in the College, Alexis Wolf, had an original financial aid offer of $57,123 altered twice, initially to $43,306 and finally to a mere $21,353. Each time the Office of College Aid’s e-mailed the same letter, starting out with a detached, “we are pleased to offer you the following financial aid award.”

“They don’t specifically tell you why they change the financial aid,” said Wolf. Even speaking to an employee of the Office of College Aid proved fruitless: “The people in the office have no idea because they don’t make the decisions. A worker thought the change in my aid was a system error because it was such a severe cut.”

Wolf hypothesized that a possible reason for the reduction of aid could be related to a misinterpretation of their family’s income, which did not take into account piling medical bills from multiple surgical procedures in the family. The committee on College Aid rejected a letter of appeal related to these medical expenses and wrote back an almost demeaning, “we do thank you for taking the time to explain your situation to us.”

The University’s inability or unwillingness to properly compensate its students is not a problem isolated to undergraduates. Graduate students are treated like menial laborers, and not properly paid for their work. Many classes in the College are taught by graduate students either fully or as teaching assistants. However, by limiting their work to 19.5 hours per week, the University treats these full-time instructors as part-time workers and therefore refuses to acknowledge working graduate students as legitimate employees, probably to avoid being legally required to provide adequate health insurance to the students, as mandated by the Affordable Care Act. “The weekly hour-counts assigned to TA–ships and lectureships are a gross underestimate of the hours we spend on our duties for these positions,” reads a statement from the Graduate Student Union (GSU) on its website. “Graduate students are full-time employees, alright, but the University has found a way to keep us from appearing on their rolls.”

The Office of the Bursar generally awards five years of full funding to graduate students as a form of compensation for their work. A sixth-year Ph.D. candidate and member of the GSU, who has requested anonymity due to concerns about losing his job in housing, explained that, “in return [for full tuition], we provide low-cost teaching for the real customers, namely the undergraduates, who, as you know all too well, are cash cows here along with the master’s students. The Ph.D.s are who provide the basic teaching workforce, in conjunction with the contingent and tenure-track faculty.” Adding insult to injury, the sixth year Ph.D. candidate reported only receiving compensation for the first time this school year last Friday, three days before the Office of the Bursar’s bill was due. Under law, part-time employees are expected to be paid every two weeks.

The University frequently sends students on a wild-goose chase to get basic information in regards to financial aid and health care services. The majority of students are given the runaround and exist in an eternal cycle of abusive authority taking over both their livelihood and education.

The treatment of graduate students as expendable by the University grossly undervalues their contributions to the UChicago community. The relationship between the graduate students and the administration is just shy of indenture. The GSU’s fervent efforts have not been officially acknowledged by the University, although gradual change has occurred. Many of the union’s demands have been gradually conceded, but always couched indirectly in the form of “charity” or “goodwill offering” on the part of the administration, rather than pressure from collective bargaining of student workers.

However, more support by the students of the University through active protest and vocalized demands is necessary to elevate the quality of student life. As the sixth-year Ph.D. candidate stated, “The University's administration has made important and valuable concessions in the past that have not only improved the overall quality of life for students but also literally enriched the University's academic reputation and precious donor base. Yet there is further work to be done both on their part and ours: administrative policies involving our funding need to be communicated more fairly, transparently, and dialogically, and we need to collectively raise our voices so that this need [for fairness, transparency, and dialogue] is heard.”

It is high time for the administration to scrutinize their management of student financial aid and health services. Cost should be unambiguous to the students of the University, and vague responses to placate anxious students about their well-being are blatantly insufficient and irresponsible. Students, ranging from undergraduates to Ph.D. students, have been mistreated; the University needs to stop its habitual evasiveness and give students what they have been promised and what they deserve.

Editor's Note: The Maroon has proof of the quotes in this article but has agreed not to print names due to the sensitivity of the subject.