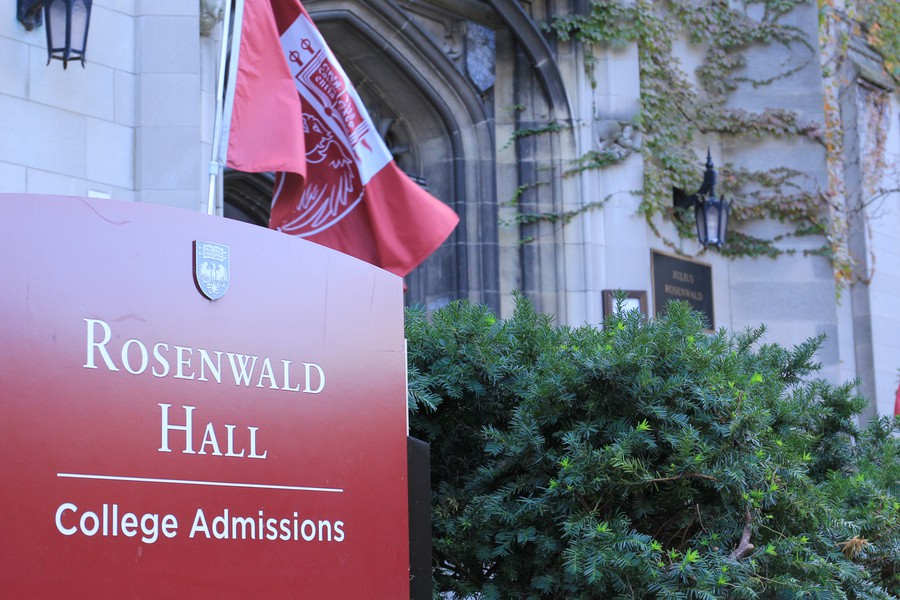 Some students who work in the Office of College Admissions did not receive payment from the University for a period of several months during fall quarter, according to two sources in the office who would only speak anonymously for fear of reprisal.

A University spokesperson said in an e-mail last week that all issues were resolved, and some employees said they were satisfied with the efforts of their supervisors to resolve the delay. The spokesperson said that “technical difficulties” caused the delays and that all students will receive their full pay.

The University was also months late in issuing financial aid packages this year due to delays that the Office of College Aid attributed to a new electronic system. The delays do not appear to be related: the admissions office says its technical issues were related to its electronic system for logging hours.

The first student reported that he experienced a two-month delay in getting paid for the hours he worked as a Student Visit Coordinator (SVC). The second student admissions worker, also an SVC, reported not getting paid for several weeks and called the issue “widespread.”

The first student employee said the delay made it harder to pay for food and rent. “It might not be a lot to the school, but a lot of students need it to live,” the student wrote in an e-mail.

The first student worker reported being paid on November 10, which was his first time being paid since the second week of fall quarter.

On September 25, in an e-mail obtained by The Maroon, admissions officer Colleen Belak instructed students experiencing trouble with UChicago Time—the program associated with the technical difficulties—to keep track of their hours manually.

The Maroon obtained an e-mail sent from Belak to admissions workers Monday notifying them that “The Maroon has elected to write a story on [the UChicago Time] issue.” Belak directed her employees to talk to her if they have concerns with UChicago Time.

University Spokesperson Marielle Sainvilus confirmed Monday evening that the admissions office experienced technical difficulties specifically with UChicago Time. “We are looking into the situation so we can address the issues with the system,” she wrote.

The second student said there was administrative turnover within the office that could have caused the delays. Sarah Idzik, formerly the primary point of contact for UChicago Time errors, recruitment, and general development for the SVC program left the office for graduate school this past summer, leaving Belak and Christina Rivers to oversee the program.

“[Belak] and [Rivers] tried to be proactive in addressing the problem, but unfortunately myself and many other students were denied access to UChicago Time,” the second student said.

Sainvilus did not list understaffing or turnover as a reason for the delays.

While they waited to get paid, many students filled out manual time-cards to log their hours.

Illinois law requires that wages for employees with bi-weekly pay periods be paid within 13 days of the end of that pay period. The damages paid to employees would be, in this case, negligible, should an employee file a successful claim.

The University did not address whether or not severances or fines will be levied, and no employee indicated to The Maroon that they planned to file a claim with the Illinois Department of Labor.

The Chair of the Student Government Committee on Student Employment (CSE) and graduate student Claudio Sansone said that the admissions delays are particularly egregious because they only impacted students, who are less able to advocate for themselves compared to full staff.

“The CSE is collecting information on this and related issues like late Financial Aid announcements and late payment of stipends. We find this issue particularly reprehensible because it seems to have affected students only, and not faculty or administrative staff, which compounds our apprehensions that system-wide negligence is affecting precisely those employees who are least able to leverage the administration and that the University as a whole ought to safeguard the most,” he said.

The University did not respond for requests for comment on whether or not full staff was paid on time.

According to Sainvilus, the admissions office has been in constant contact with the affected students, and worked with them to resolve any issues. “We apologize for any inconvenience this has caused,” she said.

A few student employees praised admissions’ management in the wake of the mishap.

“I experienced the delay for a few weeks but my bosses were really helpful in making sure the payment system ended up working,” Zander Cowan, a second-year admissions employee, said.

“I really got the impression Christina and Colleen were doing their best to stay on top of it,” the second student admissions employee told The Maroon. “They’d e-mail and check that issues had been sorted out, they’d posted a Google Form to log errors, etc.”