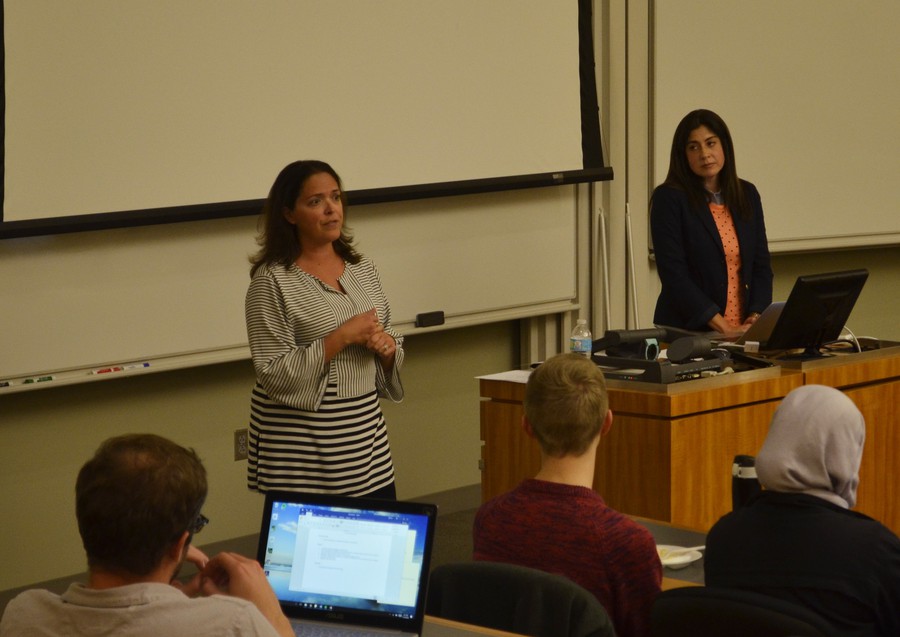 The University’s Title IX coordinators updated Student Government (SG) on their work so far this quarter at a General Assembly meeting on Monday.

The Title IX office developed workshops for students and student organizations to learn more about support systems in place and resources available.

A workshop has already taken place for University coaches, and athletes will be undergoing a comprehensive workshop in the coming weeks. The workshops, held three times a quarter, are designed to encourage student groups—including, Wake said, Greek organizations—to participate.

When asked about the disciplinary reports released last year and the seemingly minor warnings issued to accused assaulters, Wake emphasized a new 10-hour “enhanced mandatory training” for those who sit on the disciplinary panels.

Resources from the Title IX office are now available on an enhanced UMatter site and a newly designed section of the Provost’s website.

Wake expressed excitement at the increase of personnel in the Title IX office. They have hired a graduate student intern and Wolfe was hired in July. Wolfe will additionally be chairing a new student advisory board to address sexual misconduct and assess current University resources. Wolfe said the advisory board was seated Monday.

The presentation from the Title IX advisers was followed by updates from the executive committee.

The executive slate informed the body of an upcoming meeting with University president Robert Zimmer, an all-campus e-mail, a sustainability town hall, and an “identity week” in the spring featuring cultural- and identity-based organizations.

Following the executive slate’s presentation, the body voted in a series of bylaw changes, which made Elections & Rules a year-round committee and also safeguarded funding code integrity. Additionally, the bylaws were amended to allow College and Graduate Council to make the decision to send liaisons to the other council.