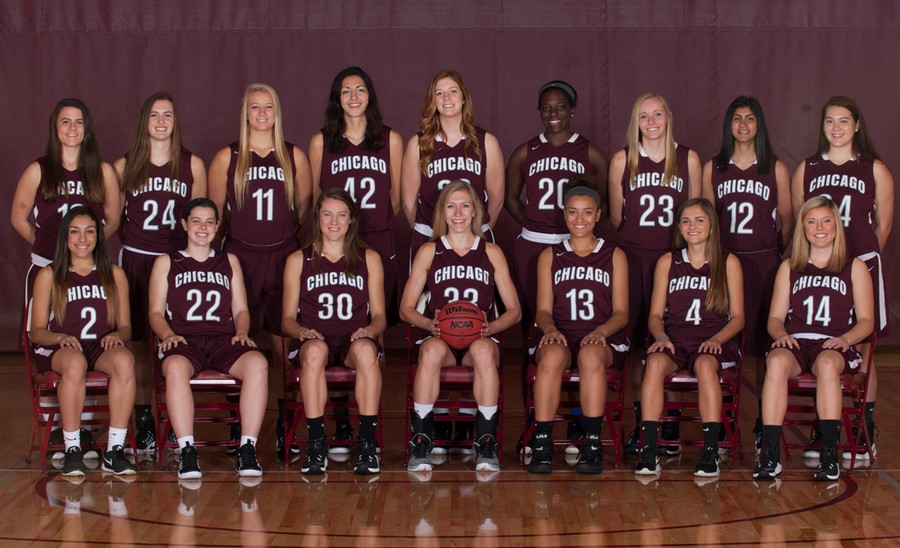 After a long off-season, the University of Chicago women’s basketball team returns to action this weekend. They will start the season down in St. Louis, where they will face off against Claremont-Mudd-Scripps on Friday and against Hanover on Saturday.

The women’s basketball team is coming off a good season last year, when it finished with a record of 16–9 overall and 8–6 in the conference. It will come into this year trying to improve on that mark.

“Heading into the season, I'm feeling that if we're consistent we'll succeed,” said second-year guard Alyssa Clemente. “There are going to be ups and downs in all of the games but we just have to make sure we stay even-keeled and calm in order to win. “

Experience will be key to the Maroons’ success this year, as they’re bringing back many of their key players from last year. Two fourth-years, forward Britta Nordstrom and guard Stephanie Anderson, have already made big contributions during their time on campus and will be the leaders of the team this year. The South Siders will look to use this experience to build chemistry this weekend when they start off their season.

“We are really excited to be going to St. Louis this weekend,” said Anderson. “Not only is it my home town, but it's our first chance to travel and have the opportunity to become an incredibly close-knit group. It also doesn't hurt that St. Louis is supposed to have really great weather this weekend. We are pretty confident heading into this weekend.”

Their first game of the 2016–2017 season will be against the No. 25 ranked Athenas of Claremont, which finished last season with a record of 23–6 and went to the second round of the NCAA tournament. They come into the weekend after defeating Sierra by a score of 77–48. Claremont should be a very tough opening game for the Maroons, but the squad isn’t losing any of its confidence.

“We had a couple of great practices leading up to this weekend, which our coach loves,” said Anderson. “I think our defense is really starting to be great after these four weeks, and as it is really difficult to play against, I think we will find success. [Claremont] and Hanover are a couple of great teams, but we can definitely come out of the weekend with two wins if we play our game and stick to our principles.”

The next day, the Maroons will lace it up again when they play Hanover, which is coming off a 9–16 season in 2015–2016. They are looking to bounce back this weekend. Hanover plays No. 9 ranked Wash U on Friday and will then tip off against Chicago on Saturday.

The Maroons will start the season with confidence and high expectations. They will play Claremont on Friday at 5 p.m.; on Saturday they will play Hanover at 5 p.m. After the weekend, Chicago will be back in action on Tuesday against Carroll.