In the lead-up to the event, pro-life and pro-choice chalkers jockeyed for space on campus sidewalks. 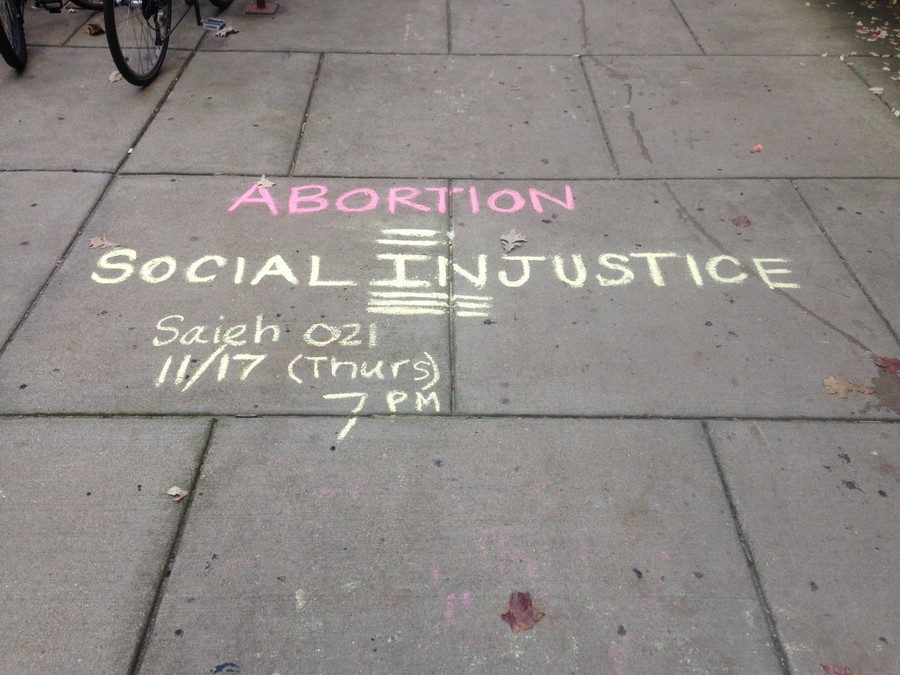 An advertisement for the anti-abortion event was chalked near the Social Science Research Building.

Citing the “prospect of organized protest,” an anti-abortion student group cancelled an event planned for tonight that would have featured a pro-life speaker.

UChicago Students for Life planned to host a discussion with the founder of the pro-life Radiance Foundation Ryan Bomberger at 7 p.m. His mother was raped, but she did not choose to get an abortion.

Students for Life frames its opposition to abortion as a social justice issue. The event was titled “Black and Beautiful: The Social Injustice of Abortion.”

“But given the present political climate and the prospect of organized protest focusing on issues that had little or nothing to do with the core message of Bomberger’s talk, we have decided to cancel the event. It became clear to us that this event was not going to be about abortion in the black community. And we are not interested in fighting skirmishes in the culture wars, involving ourselves in presidential politics, or joining the ongoing battle over free speech on college campuses,” the cancellation read.

In the lead-up to the event, pro-life and pro-choice chalkers jockeyed for space on campus sidewalks, as advertisements for the event—“Abortion=Social Injustice”—were erased or paired with counter-messaging—“We Support Women’s Rights,” or “Abort Mike Pence,” for instance.