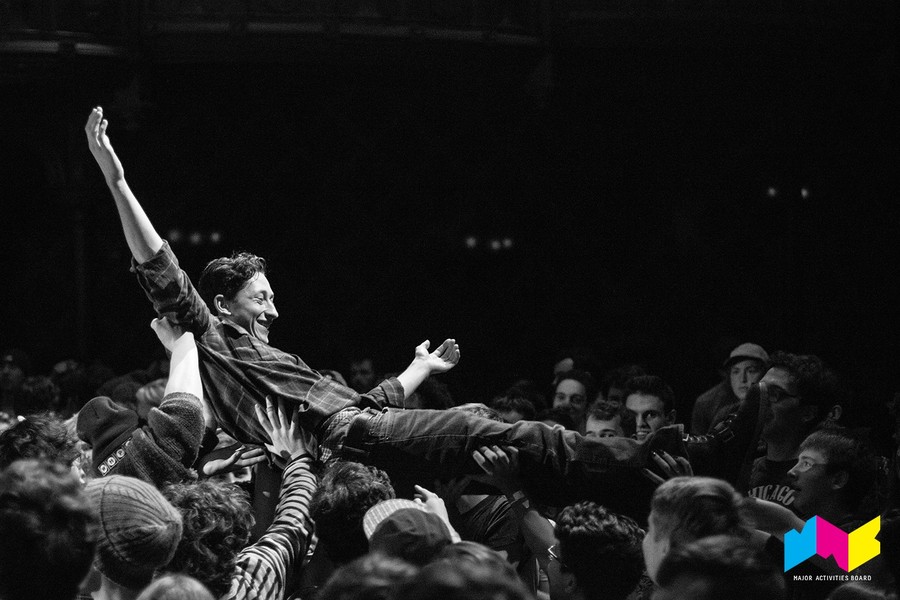 The Cloud Nothings and How to Dress Well performed at MAB's fall show in Mandel Hall last year.

Vince Staples will perform at the Major Activities Board (MAB) fall concert.

Vince Staples is in a hip-hop trio with A$ton Matthews and Joey Fatts. In 2015, he earned a spot in XXL’s 2015 Freshman Class. His most popular song is “Norf Norf,” which was released June of 2015.

MAB teased the fall show at coffee shops around campus Wednesday afternoon. The number “90805” was printed on coffee cup sleeves, which is the zip code of Long Beach, California, Staples’ hometown.

Last fall, MAB began selling tickets online at the Logan Box Office for the first time. In the spring when Summer Breeze tickets went on sale online, the website crashed due to high demand and students were charged multiple times.

Tickets will go on sale Saturday, November 5 at Mandel Box Office at 11 a.m. The price is $5 for students and $10 for staff.