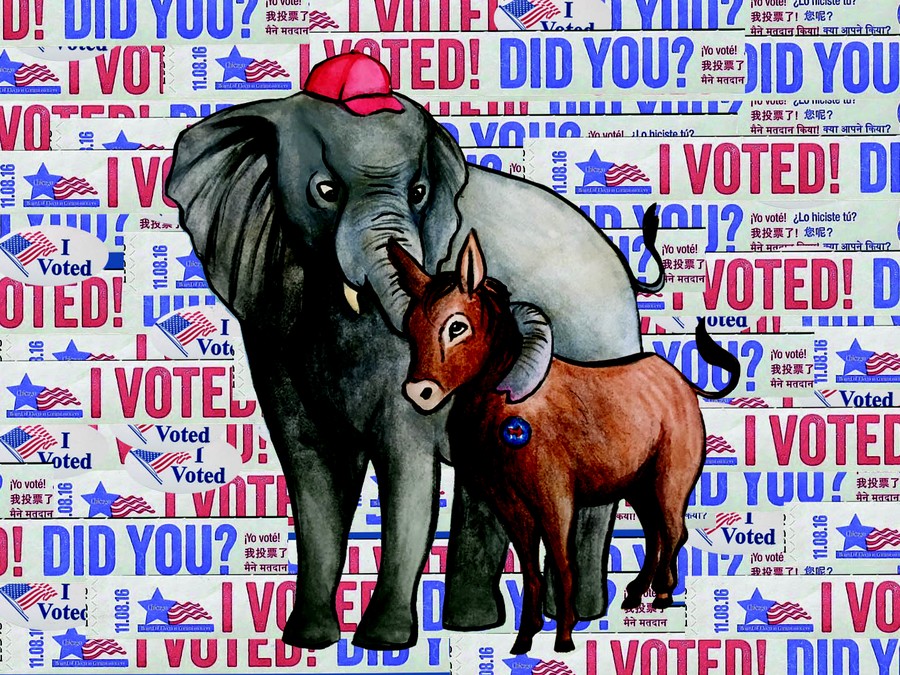 Some of my close friends and I have a running gag where we count how many people have unfriended or blocked us on social media because of our controversial views. I’ve gotten so used to it that I actually chuckle when I see my friend count decrease slightly. Oh, look, another person I hardly know who finds my philosophy morally disturbing!

Unfortunately, I have lost dozens of Facebook friends over the years. Because of my background and personal views, my best friend from middle school stopped all forms of contact with me shortly after he became cognizant of our political differences. All of the fun we had together and trust we had suddenly meant nothing.

It hurts to see years of friendship and trust crumble because of differing points of view. Far too often, people are quick to judge others’ characters by their political views. From what I’ve observed during my two months at UChicago, this seems to be less of a problem on campus than elsewhere due to our university’s culture of open discourse. And yet I have noticed that even otherwise friendly people at a certain point succumb to judging me because my views diverge from their own. Right after Trump won the election, I noticed a significant number of posts on my news feed demanding that Trump supporters unfriend them. After listening to my peers, I understand why many people are extremely distressed over Trump’s presidency. I can relate to the people who are worried about their futures and those of their loved ones. At the same time, I cannot fathom why some people assume others have all the negative traits of the politicians they support.

To start the healing process after this especially divisive election, we need to fundamentally understand that there is a distinction between people and their politics. A Facebook friend of mine made an eloquent post recounting a conversation he had had with two zealous Trump supporters on a bus. He overheard them praising Trump’s deportation plan and engaged in a conversation with them, challenging its logical fallacies. After a relatively civil discussion, the two Trump supporters steadfastly maintained that illegal immigrants should be deported. He then looked them in the eyes and revealed that he was an undocumented immigrant. He waited a few seconds and asked them if he should be deported. Their response was a reluctant no, though they continued to defend Trump’s plan. Despite having every reason to hate these people whose views endanger his very livelihood, he still had a polite discussion with them.

If an undocumented immigrant can see the humanity in strangers who support positions that affect him negatively, then why can’t you? If someone, whether it be a friend, family member, or acquaintance adheres to ideologies different from your own, this does not mean that he or she wishes ill upon you. Politics can be very personal, but they can be separated from the personal as well. One only has to look at the surprising friendship between Supreme Court Justices Ruth Bader Ginsburg and the late Antonin Scalia. Despite operating at opposite ends of the political spectrum, they maintained a strong friendship that lasted for more than 30 years. One can also look at the humorous video of former Speaker of the House John Boehner advising President Obama on how to live after he leaves office. Despite tension during Boehner’s stint as Speaker, the two men now clearly treat each other as if they were old friends.

If political enemies can form such a truce and see the humanity in one another, then this gives me faith about the future. Your friend who supported Trump or Bernie Sanders is not out to get you, and his or her political ideology should certainly not be a reason to end the relationship. For everyone’s sake, our political lives should remain separate from our interpersonal relationships. Once we can see that people exist outside of politics, we can then work together for a better future.

Brian Dong is a first-year in the College majoring in political science.