Different Quatrains: A Steve Reich Celebration at the Harris Theater 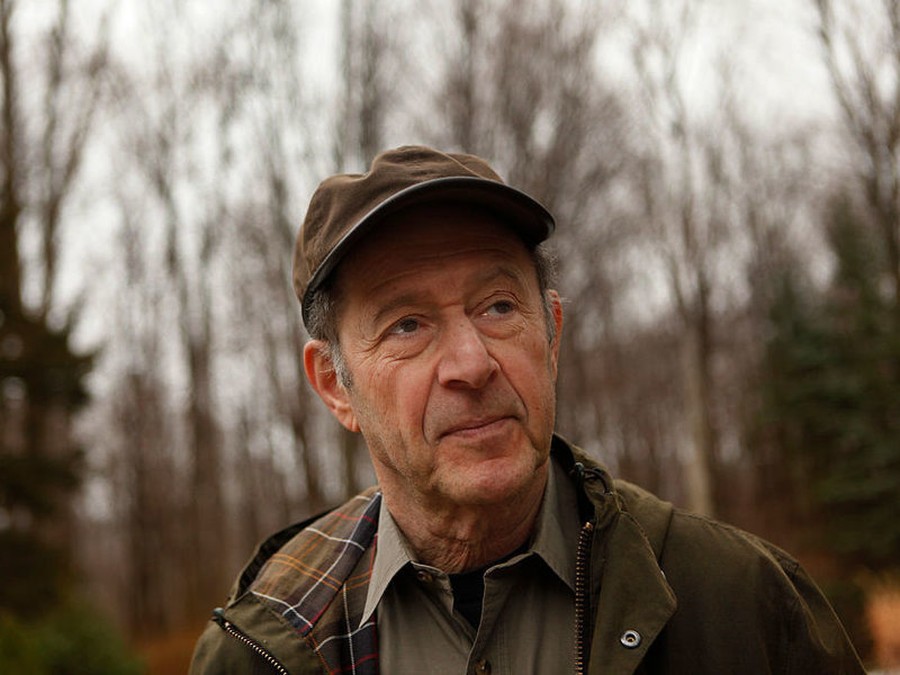 The notion that anyone might “need no introduction” is a cliché at this point, but if it’s true for anyone, then it’s true for New York composer Steve Reich, one of the most celebrated figures in modern classical music. In honor of Reich’s 80th birthday, the Chicago Symphony Orchestra’s MusicNOW program curated a performance of three of his works at the Harris Theater for Music and Dance. This birthday party functioned as both a retrospective and an introduction—to paraphrase DJ Shadow, one of many musicians indebted to Reich, an endtroduction of sorts.

Although MusicNOW’s selections—Different Trains (1988), Proverb (1995), and Double Sextet (2007)—spanned three decades, they brought one of Reich’s most unique qualities into clear focus. At his best, Reich is as much a conceptualist as a musician: His compositions don’t just refer to the external world, but are actually built from and upon it.

In the case of Different Trains, the meaning is inseparable from the medium. When the string quartet took the stage, it played in synchrony with a backing track, with sounds that were present and musicians who were absent. Now among Reich’s most highly regarded works, Trains is known for its paratext as much as its actual music; it was inspired by Reich’s realization that the trains that carted him on childhood trips between his divorced parents recalled the trains that ferried the victims of the Holocaust across Europe.

Here, as elsewhere, the concept is not a launching point (i.e., something to be departed from) but a causeway. Reich conducted interviews with his former governess, a Pullman porter, and a series of Holocaust survivors. From these fragments, he extrapolated entire harmonies and melodies, with the violin mimicking the lilt of spoken word and the viola pantomiming the clatter of the railroad.

This conceptual beauty did not prevent Different Trains from being the evening’s weakest performance. At times, the live musicians were simply outshone by their pre-recorded counterparts. Still, the effect of Trains was no less powerful. As the sampled speech was looped and coiled, there was a sort of semantic satiation taking place: The words repeated until they ceased to be intelligible as words. In other words, they became music.

Proverb was also constructed with words, in this case a passage in Ludwig Wittgenstein’s Culture and Value: “How small a thought it takes to fill a whole life.” The line is sung in rounds and set to the pipe organum, subjected to tonal shifts (à la Perótin) and spun about anew. The effect is haunting; like a feedback loop, the mantra compounds in intensity with each repetition.

With its gauzy overtones and coloratura backed only by a persistent marimba, Proverb is an unusually minimalist work from a composer already known for his minimalism. And yet I found it to be the evening’s high water mark: The somber understatement of the plainsong proved a perfect fit for the ensemble, which included musicians from the Northwestern University Contemporary Music Ensemble.

At this point, it also feels necessary to commend the conductor, Alan Pierson. As the director of the orchestral group Alarm Will Sound, Pierson has collaborated with Dirty Projectors and recorded an entire album of Aphex Twin covers. In other words, he has his modernist bona fides. But it’s thanks to the fact that Pierson has worked closely with Reich himself that he was equipped to conduct in such a compelling fashion.

Between its chipper piano punches and its frenetic pace, Double Sextet, the final piece, immediately scans as a late-era Reich piece. But what sets Double Sextet apart as it walks its catenary catwalk—fast, slow, fast—is evidenced by its name. The composition requires two sets of six musicians, and the real beauty comes from the imperfections of this mirroring: the two sextets weave and overlap like a moiré pattern.

Double Sextet made for a fitting closer, but was followed by some other treats, as the audience was invited to complimentary pizza, drinks, and posters while Reich’s 1968 work Pendulum Music—four microphones swinging over four speakers—was performed in the lobby. With all the pearl-clutching worries about the death of classical music still in the air, it was heartening to see the event not only well attended, but well enjoyed.

After all, Reich never paid much regard to notions of high and low art—his most powerful moments breach that divide, such as his use of sampling or contemporary influences, notably on 2012’s Radiohead-inspired Radio Rewrite. It’s for this reason that eating pizza after a day at the symphony made sense—after all, it was a birthday party! So here’s to Mr. Reich’s health, and here’s to hoping for more of the same (that is, more of the different).