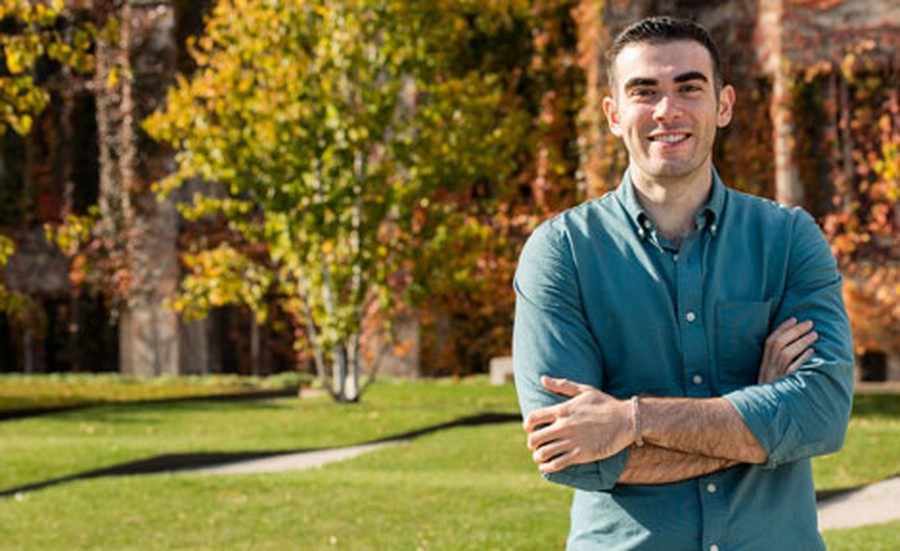 A third-year University of Chicago Law School student was awarded a Rhodes Scholarship to study at the University of Oxford next fall.

Joshua Pickar is one of 32 Americans to receive the award this year. The Rhodes Scholarship is the oldest international fellowship and brings together academics from around the world for postgraduate study in any field at Oxford. Widely considered one of the world’s most prestigious and competitive scholarships, the Rhodes Scholarship incorporates selection criteria such as literary and scholastic attainments, moral force of character, unselfishness, and protection of the weak.

Pickar completed a bachelor’s degree in international affairs and security policy at George Washington University. He began studying at George Washington Law School in 2014 before transferring to the University of Chicago Law School. He plans to pursue a master’s degree in global governance and diplomacy and study comparative social policy at Oxford.

“I’m interested in how we create international policies that favor human rights and the rule of law, and how human rights and national security bump up against one another,” Pickar said. “Looking at every opportunity there is to be a new experience, to meet new people, to learn another language, has kind of led me to where I am today.”

Pickar has worked with asylum seekers at the U.S. Department of Justice, the global law firm Debevoise & Plimpton, and at the Iraq chapter International Refugee Assistance Program (IRAP) in Chicago. At the IRAP, Pickar successfully relocated a gay Iraqi refugee who was prosecuted in his homeland because of his sexuality to the United States.

“I’m gay. I came out in high school. I’m from a very liberal town. To work with somebody whose life is on the line for being gay, whereas I’ve gotten to just live my life a gay man, has been very meaningful. I believe very strongly that people should be able to immigrate to the U.S., but particularly people who have been outcast from their family because of their race, their religion, or sexual orientation,” Pickar said.

Pickar says his passion for international law, politics, and human rights stems from his love of language. Pickar started learning languages since third grade and is fluent in Russian, French, and Spanish. He has also studied German, Arabic, and Italian.

“When I was thinking whether or not I wanted to major in a language, I realized that it wasn’t really that I was interested in Spanish or a Spanish-speaking country—it was that I was interested in all languages and getting to know people and getting to help them and learn their story, so I studied international relations as an undergrad,” he said.

“I think I’ll really miss the law school. I really loved U of C Law—particularly how small it was and how the professors were so open to talking with you and getting to know you.”

Nevertheless, Pickar said, he’s excited to go to Oxford. “At the same time Oxford has really small tutorial classes and really great professors, so I’m really excited to get to know people. I really want to get to know the other scholars, as there’s 32 from the U.S. but there’s 95 internationally.”

Pickar cites the interdisciplinary study at Oxford and its location in England as some of the main reasons he was attracted to the program. “Right now, I believe I need to have a master’s that could potentially continue into a doctorate, because I don’t just want to be an attorney. I could have done that with just a law degree. I want to have an interdisciplinary understanding of how the world works…particularly looking at law and politics and how they intersect, how certain legal decisions can affect policies on the ground,” he said.