My name is Christopher! I'm hoping to major in Fundamentals and art history. I write for the South Side Weekly, DJ at WHPK, and work at the Logan Center, among other things. 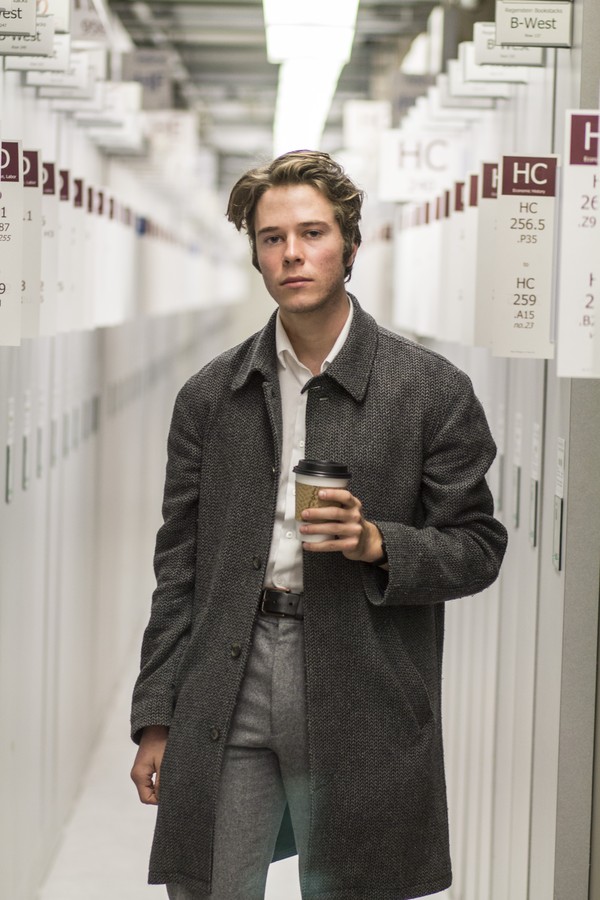 Christopher is wearing a coat by APC, a shirt by Patrik Ervell, pants by John Lawrence Sullivan, and shoes by Our Legacy.

The great axiomatic rule of fashion, as I’ve always been told, is that you wear your clothes and not the other way around. Which is nonsense to me. I am often very tired and disinterested in speaking with people, so it's all the better if my clothes can pull my weight. Well, that's a bit of a joke, but I do like the idea.

As I understand it, clothing in general tends either toward the superfluous (think denim with multiple lifetime warranties) or the vestigial (fake epaulettes and sewn-up rental tuxedo pockets). There's rarely any necessity to what you wear. Which, of course, means you can wear what you want! I don’t think you should have to explain yourself for wearing a scarf when it’s not cold, for example. 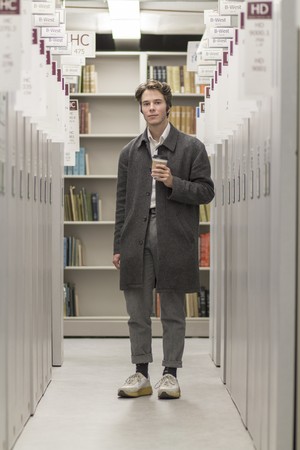 I'm comfortable dressing like a geriatric one day and a millennial the next.

I’ve always understood authenticity to mean dressing as who you are: wearing yourself on your sleeve. And on some level, that doesn't appeal to me. Behaving in a genuine way seems to mean behaving the same in all scenarios and circumstances, but the truth is that I code-switch a lot. And I think there's a parallel between that aspect of my personality and the fact that I'm comfortable dressing like a geriatric one day and a millennial the next.

So, no, I don't believe I've arrived at a cohesive style yet. It's great fun not having anything set in stone, though! I'm alright with my outfits contradicting one another, since I contradict myself in more important ways all the time. Still, there are certainly some things I try for and some I don't. I really love wool pants, loud T-shirts, and long coats. For some reason, I never wear olive green or canvas, and I avoid denim—just never really feel it.

"There's rarely any necessity to what you wear."

I really like mixing different odds and ends that don't quite match up: suit pants with a t-shirt, running shoes with a button-up, and the like. I think dressing subtly off-kilter—as in this outfit, which plays light wool against dark herringbone, and that with some sneakers, which remind me of Neon Genesis Evangelion—is a fun way to make sure you're not taking yourself too seriously.

I think what passes for genuine or sincere in fashion is inherently pretty reactionary; it tends to just be a hodgepodge of symbols from yesteryear. And these retrograde symbols—which are tied up in our parents’ counterculture, not ours—are powerless under late capitalism. I don't think this should come as news to anyone. A sleeve tattoo might have gotten you kicked out of the country club a few decades back, but now you can sit in the boardroom and cover it with a French cuff. So I think this is why I find nostalgic leanings in fashion to be off-putting. 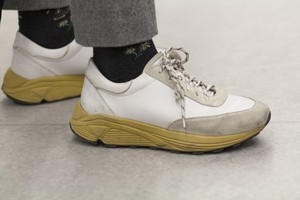 Christopher is wearing shoes by Our Legacy​.

But by this point, I’m pretty burnt out on minimalism as well. There are too many interesting things in the world for me to focus on saying less! So I'm just trying to figure out my vocabulary. And that's the nice thing about clothing. You get to read as much into it as you want!

As an aside, I think I would be delighted if I managed to pull together an outfit with absolutely no sex appeal. Or in other words, I would hate to find myself dressing to please other people. The closest I've gotten to total fashion ego death was actually my signature look for a while: a pair of turquoise Bermuda shorts emblazoned with many sleepy Garfields.

It might be played out to say that I'm inspired by the French New Wave, but it's just true—I like wool suits and coats. For that matter, I'm also really fond of the outfits King Krule wears. Archy is just really good at looking effortless in outfits that probably took plenty of effort. But I think the team I admire most is Arca and Jesse Kanda, who remain a good two decades ahead of the rest of us. That’s me speaking more broadly about art than about fashion—I doubt I’d be able to pull off Arca’s 12-inch heels and polyethylene booty shorts, anyhow—but it’s certainly new.

I'll take this opportunity to say that I find i-D [a fashion magazine in the Vice empire] to be incredibly lazy. If there's a redeeming quality, it's that they've scared me off writing all my sentences exclusively in lowercase. Hopefully that doesn't sound too bitter!

I'd be amiss if I didn't mention one more huge influence: I'm fascinated by the Paninari of the ’80s, a gaudy Milanese youth scene that made an early case for Veblen living. I'm not convinced that dressing like a Paninaro is the only way to exit authenticity, but it’s fun to talk about. —CHRISTOPHER 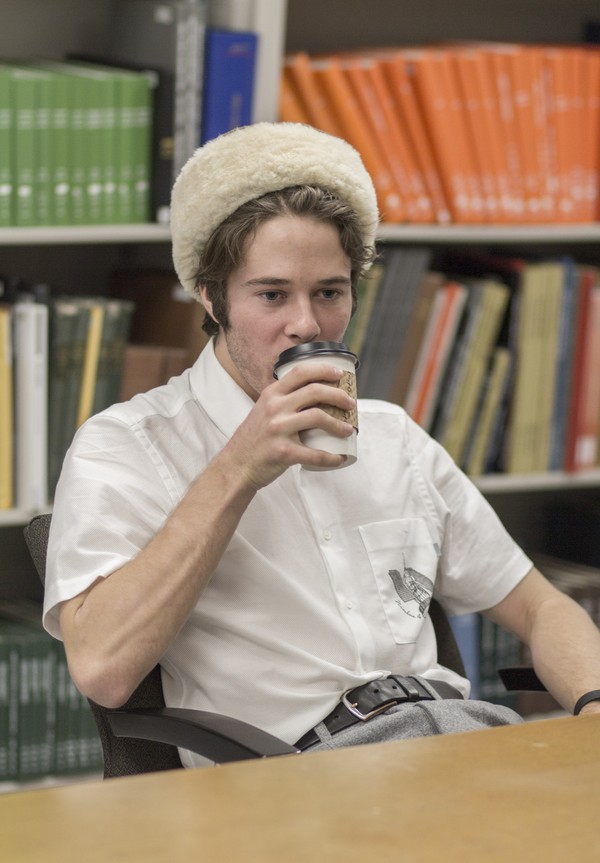 I think I would be delighted if I managed to pull together an outfit with absolutely no sex appeal...I would hate to find myself dressing to please other people.

My name is Chloe Sun. I’m an economics and psychology major from Shanghai. I’m also a member of Psi Chi, the psychology club. 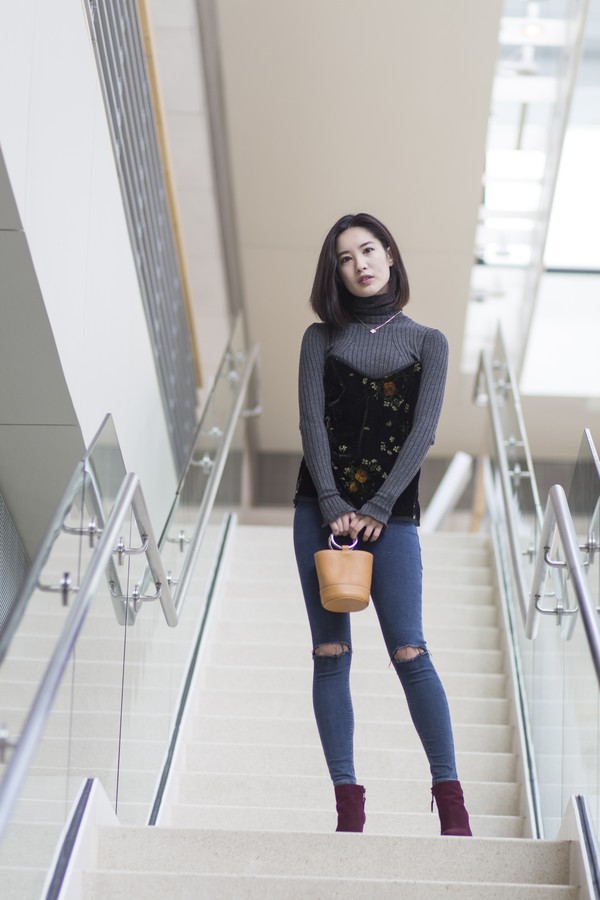 Chloe is wearing a sweater by Zara, a tank by Zara, jeans by J Brand, a bag by Simon Miller, and shoes by Stuart Weitzman.

It’s hard for me to describe my style. My close friends seem to know me better than myself because they would always pick out things in a store and say, “This looks like what you would wear.”

I like bright colors in general. Even when I’m wearing monochrome or earth tones, I like to add color with accessories. In terms of textures, I like the look of suede, leather, and velvet—they can add effects like matte or shine to the outfit. Velvet and pajama-style pieces have been really popular this year. It’s hard to wear these elements in Chicago, though, since the weather is so cold! 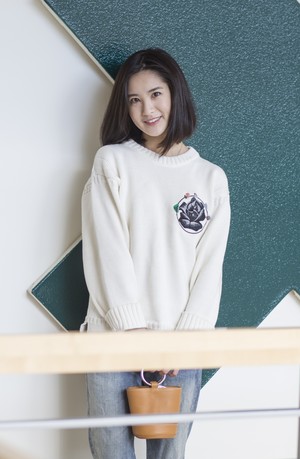 Chloe is wearing a sweater by J.W. Anderson, jeans by Current/Elliot, and a bag by Simon Miller.

I approach buying new pieces by looking at what I currently have in my closet. For the winter, I like to collect oversized sweaters in plain colors and color block, jeans in different shades of blue, and coats and jackets also either in plain colors or color block. I think it reflects my personality of being simple and straightforward. I like fast-fashion brands like Zara because they provide very up-to-date pieces at reasonable prices. They’re so good at picking up the hottest trends and incorporating those elements into accessible pieces for everyone, not just supermodels on a runway. And since it’s reasonably priced and constantly updated, I feel less guilty when I update my closet from time to time.

At the same time, I would recommend shoes or bags from luxury brands—not very often, though! These items last longer than clothes and can be worn a lot more often than a statement piece. However, high-end doesn’t always imply high quality, which is something I consider before I make a big investment. And I think it’s really important that I feel physically comfortable in a piece of clothing. Sometimes big brand names make extravagant things that are uncomfortable, or they get lazy and just stamp their logo on really uncomfortable and unimaginative things. They’re definitely not worth the price tag. 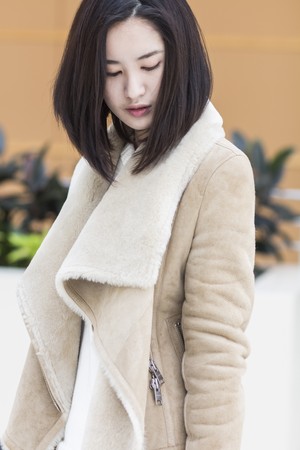 Chloe is wearing a coat by AllSaints.

Most of the time, I would say that practicality determines a purchase more than popularity or brand name. I might get obsessed with a super popular piece—then I’d calm myself down by considering if I actually like it or if it’s just hype. And because I try to only buy things that I wear often, struggling with including these pieces in my everyday wear rarely happens.

Chiara Ferragni is definitely one of my favorite style bloggers. She’s really adventurous with her outfits and often surprises me by pulling off something that I wouldn’t consider pretty at first. There was a pair of strappy sandals by Chloé that I thought was ugly at first when I saw them elsewhere—but then she put together an outfit so well with them! I decided to get those when I found a deal on Farfetch.

There are also a lot of Asian brands I like: For example, W Concept is a Korean website that sells exclusively clothing and accessories designed in Korea. I also recently found a Japanese brand called G.V.G.V. that I really like. —CHLOE 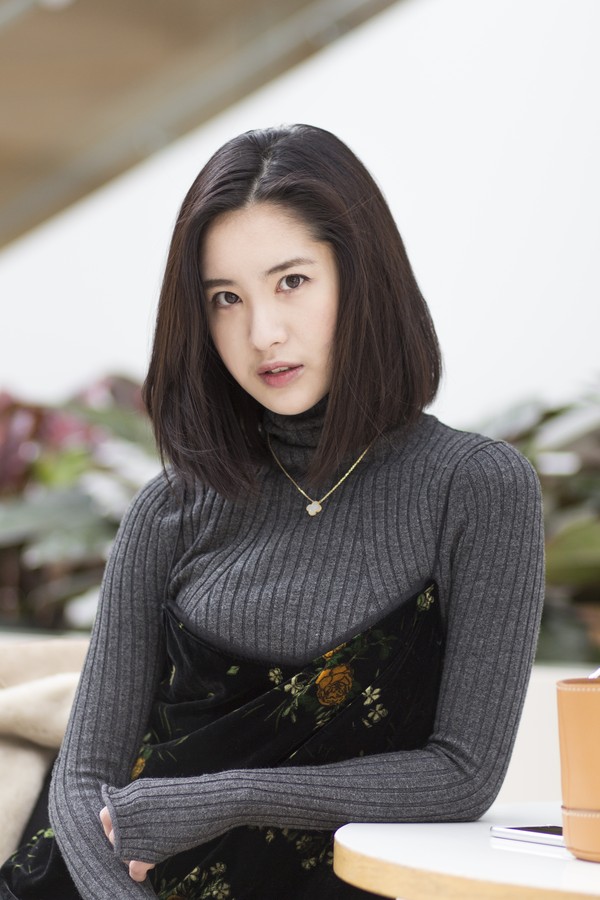 Sometimes big brand names make extravagant things that are uncomfortable, or they get lazy and just stamp their logo on really uncomfortable and unimaginative things.