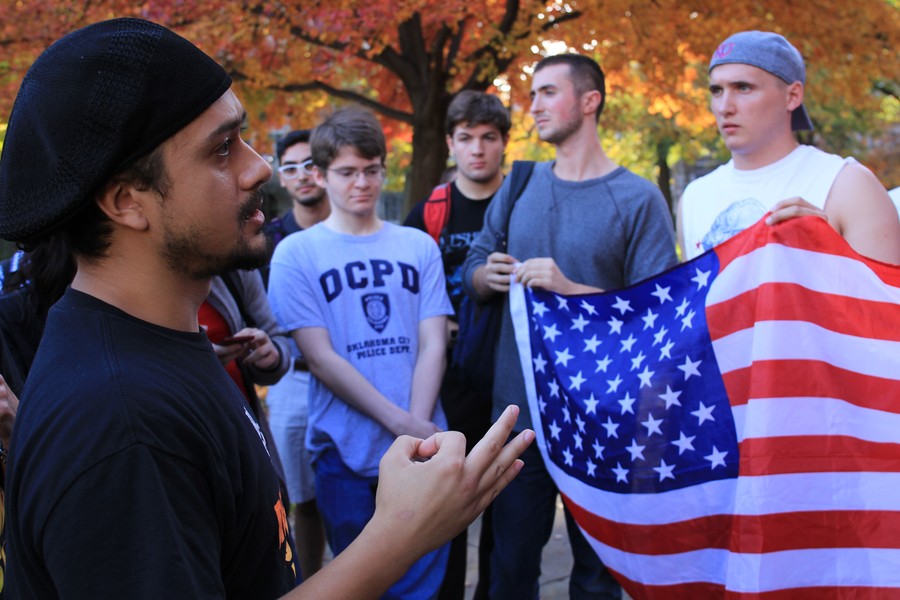 The RCP promoted *The New Communism* by Bob Avakian, the chairman of the RCP, and encouraged students to sign a petition for an RCP-led revolution. 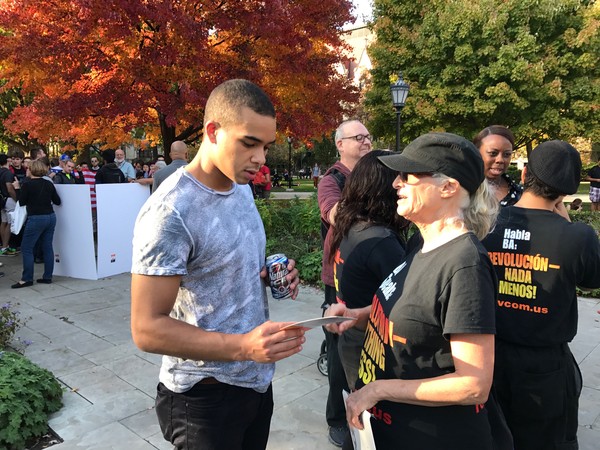 A Delta Upsilon brother holding a Natural Ice beer talks to an RCP member about the movement.

Four Delta Upsilon (DU) pledges and a brother shotgunned Natural Ice beers at the center of the quad while Diaz was giving his talk. At the end of the talk, the brother, with a beer in his hand, approached an RCP member and asked, “Is there any way you could just describe this [movement] to me?” A man went over and talked with them for a few minutes, but he declined their offer for a beer.

The RCP’s heavy presence on campus for the last several weeks is due to the University’s position as an early stop on the group’s “Get Into the Revolution National Organizing Tour.”

A protest by the RCP at City College of New York (CCNY) last Friday appears to have followed a similar pattern to Diaz’s arrest and its aftermath, according to an account of events posted on the RCP’s website: several protesters entered a campus dining hall, were removed by security personnel, and then charged with trespassing. In both cases, the RCP claims to have been leaving the hall when they were arrested and complained that the arrest illustrated the hypocrisy behind the institution’s commitment to freedom of speech. An event protesting the arrest of the arrestees at CCNY, who the RCP is calling the “CCNY Four,” is scheduled for Thursday on CCNY’s campus.