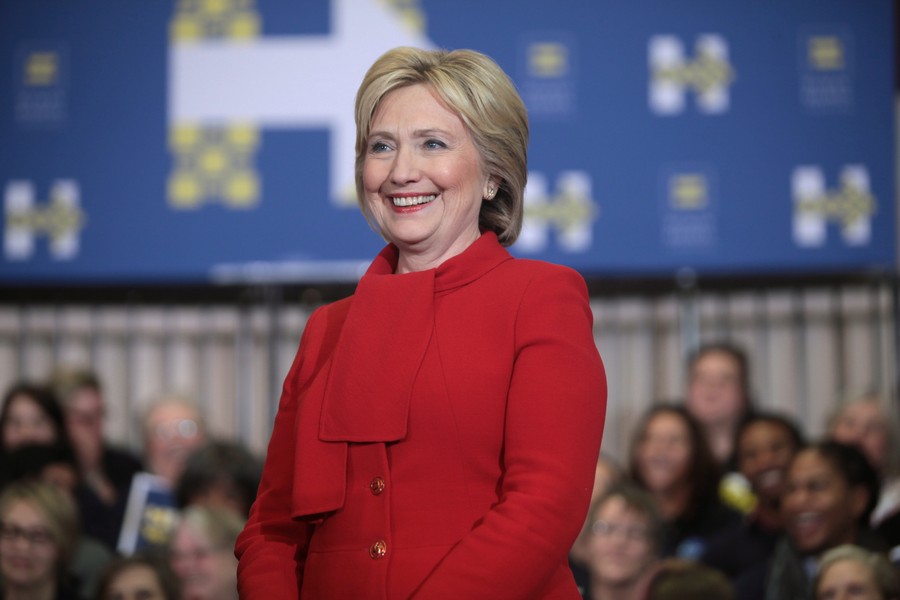 Former Secretary of State Hillary Clinton speaks to supporters before the Iowa Caucus during the Democratic Primary.

Individuals employed by the University of Chicago and its peer institutions have overwhelmingly donated to Democratic candidates in this election cycle. In the general election, people employed by the University have donated $370 to Hillary Clinton for every $1 donated to Donald Trump. During the primaries, Clinton received 212 percent more in donations than Bernie Sanders (A.B. ’64) did from University employees. The Maroon compared University employees’ donations with employees’ donations at seven peer institutions. The University was found to be one of the most pro-Sanders schools in this sample. Virtually all schools had few donations to Trump.

The Federal Election Commission (FEC) collects data on individuals who donate to a political committee. The Maroon looked at FEC data from March 1, roughly when the primary season began, to the present. Individuals were categorized by which university they said they were employed by. Individuals self-identify as affiliating with universities, so this analysis only counts people who reported being employed by academic institutions. The FEC also does not include money given to third-party companies (for example, a shell company used to funnel political donations) that is then donated to political candidates. This analysis does count some super PACs, but only when they are specifically tied to a political candidate. The Maroon chose to look at Columbia, Duke, Harvard, Northwestern, Princeton, Stanford, UChicago, and Yale.

Figure 1 shows the total amount of money that was donated by individuals who said they are employed with each University since March 1, 2015.

People who say they are employed by the University have donated less money to political committees than any of the University’s peer institutions. People who list their employers as Stanford, Harvard, and Columbia have donated drastically more than the other schools looked at. Stanford tops the list at $1.6 million, roughly 4 times higher than UChicago's $375 thousand.

The graph shows that the median amount donated by an individual at these universities is roughly $500 across the schools. The lowest median is at Princeton, where the median donor donated $400, while the highest median is at Stanford, where the median donor gave $528. The 25th percentile of donors is also roughly the same across institutions, with minor differences. This implies that the bottom 50 percent of donors across schools donate roughly the same amount per person. However, there were drastic differences in the 75th percentile. The 75th percentile of donors at Stanford gave twice as much as their counterparts at UChicago. Similarly, the 75th percentile donor was relatively high at Columbia, Harvard, Stanford, and Yale. We can infer that most donors at these schools donate similar amounts, but the top 25 percent of donors at Columbia, Harvard, Stanford, and Yale donate substantially more than the top 25 percent of donors at UChicago do.

Figure 3 shows how many individuals donated at different schools. It displays unique donors; meaning if someone would donate today and tomorrow, that person is still only counted as one donor.

Again, Stanford leads this metric, with 889 unique donors. Princeton has the fewest donors, with 310. However, this is somewhat expected, as Princeton has a dramatically smaller staff than Stanford. It’s also important to note that this only includes donors who specified their employer.

The FEC also gives data regarding which candidates individuals are donating to. Figure 4 shows the amount of money given to Clinton and to Sanders during the primary season. This analysis defines the primary season to end June 6, 2016, as that was when major news outlets officially declared Clinton as the winner of the primary. Figure 4 below shows the money given to each candidate between March 1, 2015 and June 6, 2016.

The first trend that becomes immediately clear is that Clinton received much more support across the board than Sanders. Total donations by school to Clinton ranged from $44,440 at Duke to $308,857 at Stanford. Donations to Sanders ranged from $19,610 at Princeton to $61,949 at Columbia. In fact, with the exception of Duke, staff at every school gave more money to Clinton than even Columbia gave to Sanders.

Figure 5 shows the Hillary Clinton vs. Bernie Sanders trend more clearly. The graph shows the ratio of money given to Clinton vs. money given to Sanders. So, for example, a value of five means that Clinton received five times more money than Sanders during the primary. This helps to isolate which schools are relatively more pro-Clinton or pro-Sanders while removing for total size of donations.

Figure 6 does this same comparison for the Republican primaries. The Maroon only looked at the three final candidates: Donald Trump, Ted Cruz, and John Kasich. For consistency, The Maroon looked at donations made until June 6, 2016.

The first thing that should be appreciated here is the scale. Values here are roughly two orders of magnitude lower than in the previous graph; these schools donated about 100 times more money to Clinton and Sanders than they did to Trump, Kasich, and Cruz. Part of this can be attributed to there being many Republican candidates, so money is split among different candidates. Additionally, people could have been waiting until the general election to give money to a candidate, as the Republican race was more uncertain than the Democratic race. However, this likely doesn’t account for the drastic difference between the Democratic candidates and the Republican candidates.

Figure 7 looks at money donated in the general election. Specifically, The Maroon looked at money given to Hillary Clinton and Donald Trump between June 6, 2016 and the present.

If it looks like Trump is left out of the graph, he's not. The values are just that much smaller than Clinton’s. The school with the most donations to Trump is Harvard, with $7,662. However, even this is 60 times smaller than the amount of money donated to Clinton in the general election. At Stanford, over half a million dollars— $580,569 to be exact— were given to Clinton in the general election. This is over 500 times more than what Stanford employees donated to Trump. For comparison, the Clinton campaign has raised $1.3 billion as of October 19, while the Trump campaign raised $795 million, according to the The Washington Post. The donations made by employees at these eight Universities reflect 0.3% of the total donations received by Clinton but only 0.003% of the total donations received by Trump. By any reasonable metric, employees at the University and its peer institutions have donated to Democratic candidates remarkably more than they did to Republican candidates.