NYT War Correspondent Discusses 42,000 Word Piece on the Collapse of the Middle East 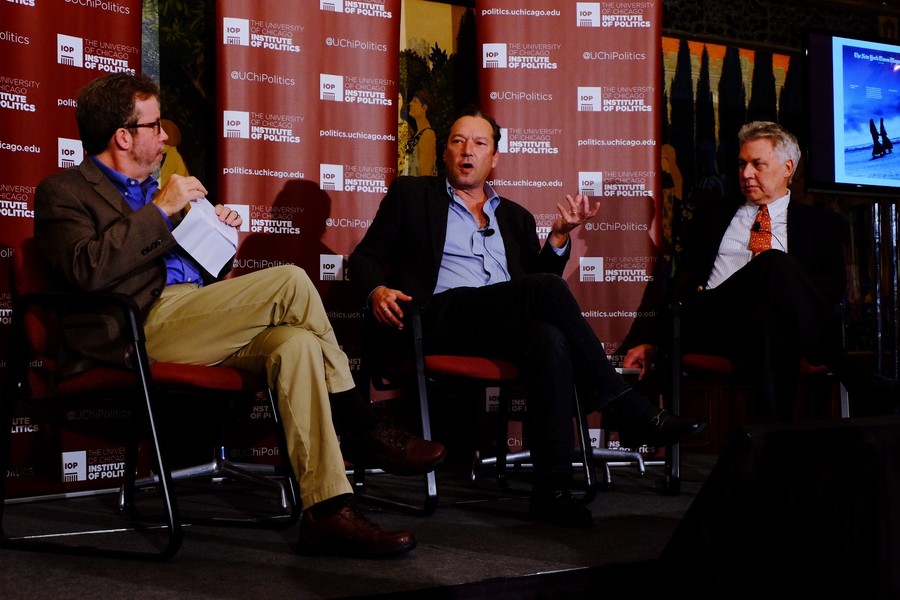 Anderson discussed his months visiting Middle Eastern and Arab countries including Syria, Iraq, Tunisia, and Libya, and how he incorporated the stories of six individuals he met there into the article. “Fractured Lands” encompasses the Iraq War, the tumultuous Arab Spring, and the creation of ISIS.

“I would go to a country, and usually spend about anywhere from four to six weeks there,” Anderson said.  “And the idea was to always find a small story, a story about an individual, or a family or a village that had a compelling narrative; that people would follow the story along, but that also spoke on a larger level, that said something about the country or the region or the conflict.”

The editor-in-chief of The New York Times Magazine, Jake Silverstein, gave Anderson the unique chance to spend 18 months developing a comprehensive look at the modern Middle East since the Arab Spring in 2010.

The article was the first in the history of The New York Times Magazine to fill an entire issue.

“I decided to do what I had always done, to try to tell the history of this region through individual stories,” Anderson said. “For the next eighteen months, Paolo Pellegrin the photographer I’ve worked with for about twenty years and I traveled through the region in search of people who I felt had very compelling narratives to tell.  Not the idea that they were somehow a personification of the country or the region they were from, but that somehow their personal story, the challenges they faced, the decisions they made could say something larger. The hope was that by following these people through these individual stories, you could actually build a tapestry.”

Of these six individuals, according to Luft, two are refugees today, one is likely fighting ISIS, another awaits execution, the children of one are in jail as political dissidents, and another is described as hoping for the unlikely return of a monarchy.

Anderson briefly provided the backstories behind Pellegrin’s projected photographs, which depicted these six people as well as many others, including fleeing civilians in southern Iraq, Libyans crossing over into Tunisia, a secret prison camp in Kurdistan, a pro-human rights activist in Egypt, and a massacre by ISIS in northern Iraq.

Having covered some fifteen wars, Anderson noted the changing face of foreign correspondence in the Middle East.

“With the rise of ISIS, you have a price tag on your head as a western journalist,” he said.  “I’m far more careful now than I used to be.  War kind of changed on me having done it for a long time, and being fascinated by it, to be honest.  But I’m not sure how much longer I’m gonna be able to do it or have enough interest to do it.”