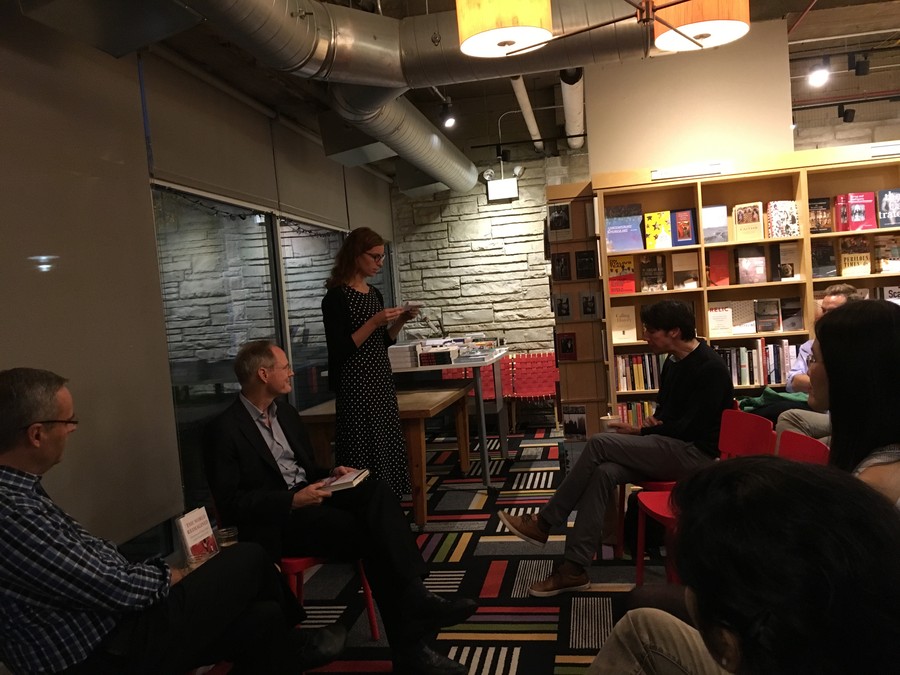 Attendees at the Seminary Co-Op's event on Tuesday.

Mark Philip Bradley, the Faculty Director of the Pozen Family Center for Human Rights, discussed his latest book, The World Reimagined: Americans and Human Rights in the 20th Century, last Tuesday evening at the Seminary Co-Op.

Set against an international backdrop, The World Reimagined follows the development of modern America’s ubiquitous language and understanding of human rights.

“I was constantly having to remind myself that this was a history of human rights and Americans, not the human rights movement as a whole,” said University of Chicago professor Haun Saussy, who joined Bradley in conversation about the book.

“The more I read, the more I realized how unusual the American understanding and the story is in the context of all nations involved in the conversation,” Saussy said.

Saussy opened the discussion by describing several aspects of the book he found surprising. He said that the circulation of visual evidence in publications like Time and Life “very deftly shows how involved the major illustrative magazines were in talking about issues of inequality…in showing how the other half lives.”

The World Reimagined is the third and latest book Bradley has written.