His warning about the devices was sent on University letterhead. 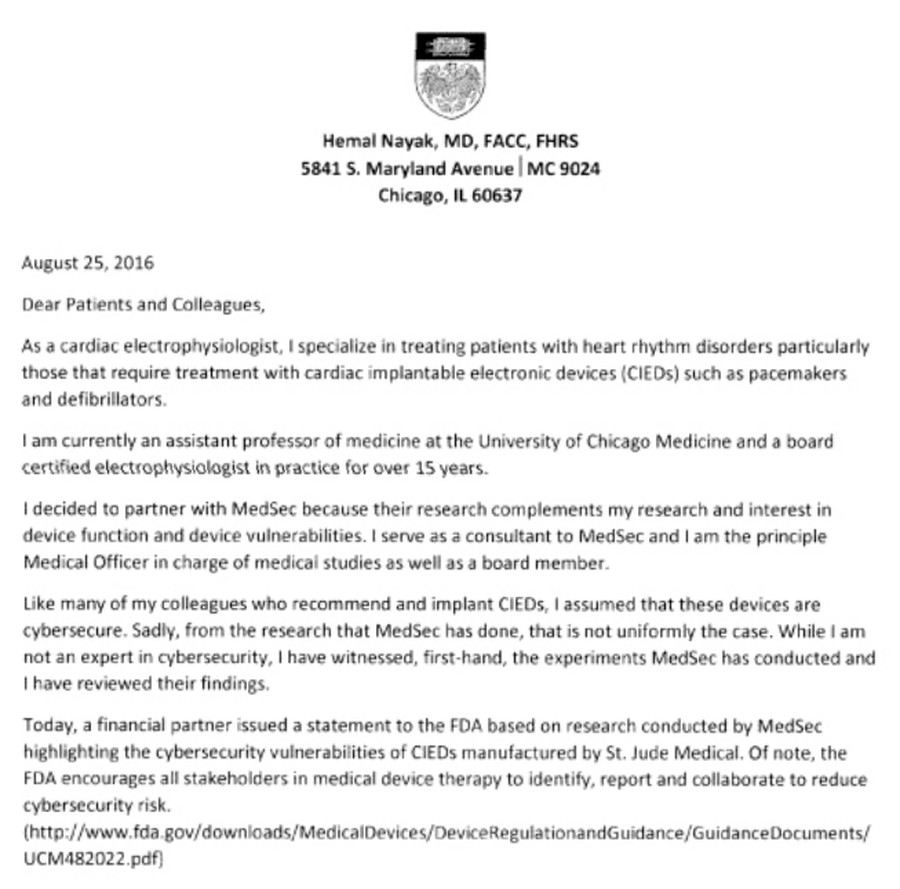 The report that sunk St. Jude Medical's stock prices contained a letter from Dr. Nayak. It was later edited to add a note saying that the letter did not reflect the opinion of his employer.

St. Jude’s lawsuit was filed on September 7, two weeks after the defendants published a report alleging security risks in pacemakers, implanted defibrillators, and other cardiac rhythm management (CRM) devices designed by St. Jude. The lawsuit stated that MedSec, Muddy Waters, and Nayak fabricated these claims for their own financial gain, citing the fact that Nayak sits on MedSec’s board of directors as evidence of a conflict of interest in the defendants’ research partnership.

Muddy Waters’s business model involves investigating companies and then making investment decisions based on their discoveries. This can include short selling, or betting that the company’s value will decrease, after the publication of negative findings. Muddy Waters announced that it was shorting St. Jude when it released its report in August.

MedSec CEO Justine Bone addressed the defendants’ response on the company’s website, claiming that St. Jude’s poor track record in responding to problems with their devices made it necessary for MedSec, Muddy Waters, and Nayak to issue their report publicly. According to Bone, “St. Jude just recently announced a potentially lethal design defect [in another medical device] that may affect up to 350,000 of its users—two years after learning of it, apparently.” Bone adds that the defendants aimed to protect customers and limit public knowledge of vulnerable information by identifying “what our researchers had achieved but not how they did it.”

Lawyers representing the plaintiff did not respond to requests for comment, and Nayak declined to comment. Defendants and plaintiffs recently jointly asked the judge to delay a pre-trial conference in the case till late January.

He is being accused of shortselling a company and then suggesting itspacemakers and defibilitars could be hacked and deactivated.