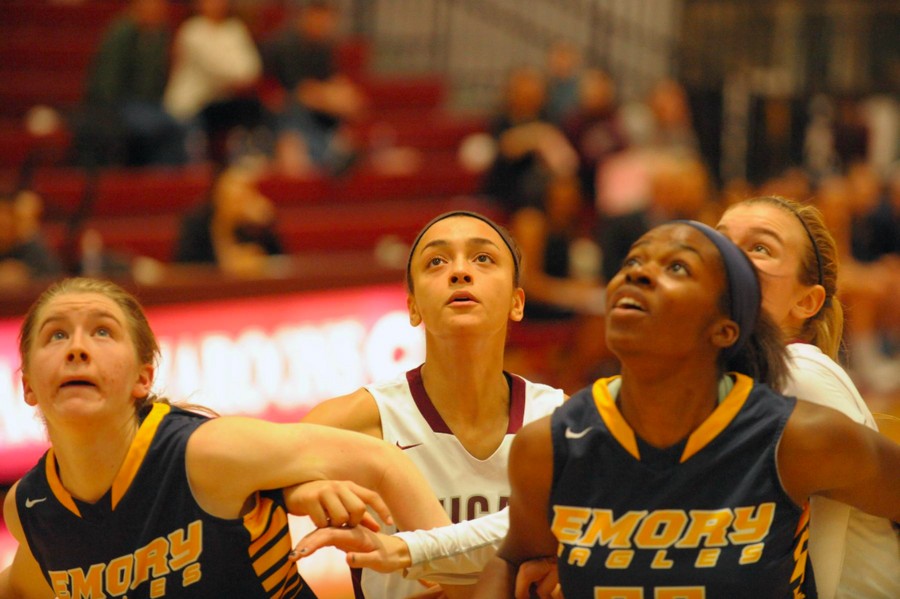 After making some changes to the starting lineup after dropping games to both Emory and Rochester last weekend, the Maroons faced off against a duo of UAA opponents in Case Western and Carnegie Mellon over the weekend. On Friday, the squad lit up the scoreboard against Carnegie Mellon, but eventually fell in overtime by a score of 93–90. Two days later, Chicago returned to the court and bounced back against Case Western. Defense was key in this low-scoring affair. The Maroons held their opponents to 29 percent shooting en route to a 59–45 win.

Against the Tartans, the Chicago offense was efficient all night. The squad jumped out to an early lead thanks to a 25-point first quarter. However, Carnegie Mellon fought back, and then stayed on pace with the Maroons for the rest of the game. After a last-second Carnegie Mellon layup, regulation ended with the score tied at 79–79, and the game went into overtime.

Unfortunately for Chicago, at this point in the game the squad had already been whistled for 26 fouls. This meant that Carnegie Mellon would remain in the bonus for the entirety of the extra period. Moreover, many players found themselves in foul trouble, and by the end of the contest four Maroons would reach the five-foul limit.

Despite this stark disadvantage, Chicago fought hard throughout overtime. The team got a couple of key defensive stops and managed to score 11 points in the five-minute period. But in the end, this effort wasn’t quite sufficient as the Tartans secured a three-point victory. That being said, the Maroons’ performance was nothing short of admirable. Second-year guard Elizabeth Nye scored a game-high 26 points before fouling out of the game. Third-year forward Britta Nordstrom came off the bench to add 18 points of her own. Finally, first-year forward Olariche Obi recorded a double-double with 10 points and 18 rebounds.

On Sunday, the Maroons returned to Ratner to face the Spartans of Case Western. Unlike the game on Friday, this matchup was a low-scoring, defensive affair. Chicago locked down its opponent for the entire game. This was especially true in the second quarter when the team held the Spartans to just five points. On the day, the Maroons forced 23 turnovers and allowed a total of just 45 points.

In just her second start of the season, first-year forward Rachel West led the team in both points (11) and rebounds (seven). Nordstrom also made a big offensive impact with eight assists. On defense, no single player stood out as the Maroons worked as a team to shut down the Spartans. All in all, this was a quality victory for Chicago and helped the team snap a three-game losing streak.

“The Carnegie game felt like déjà vu,” Nye said. “But this time we bounced back and played Case so much harder and beat them more handily. That’s a good team who beat NYU, so there’s no reason we can’t do the same if we work hard and give our best effort.”

Looking ahead to this weekend, the squad will be away for its final road trip of the season. The Maroons will be traveling to the New England area to take on both NYU and Brandeis. The Friday matchup with NYU is sure to be a hard-fought contest. The Violets are the No. 14 ranked team in the nation, and defeated Chicago 71–55 earlier this season. This game tips off at 5 p.m. on Friday in New York City.