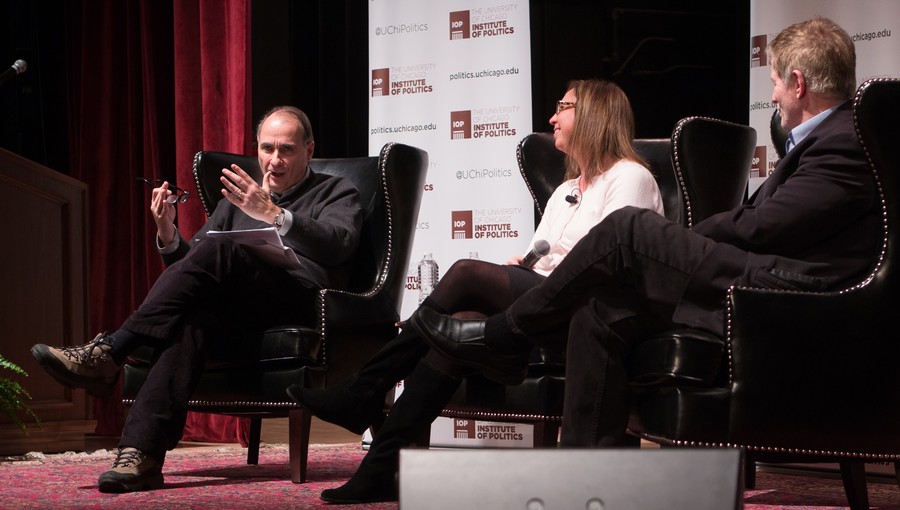 On January 25, David Axelrod, director of the Institute of Politics, published an article in The New York Times entitled: “The Obama Theory of Trump.”

In his piece, he asserts that even in elections dominated by the candidates’ personalities, the most influential politician is not on the ballot. Instead, it’s the president vacating office, because the electorate tends to gravitate toward the political party opposite to his.

Axelrod writes that the American public gets to know even the subtler personality traits of a president over his time in office, and, with every cycle, it attempts to correct what it perceives to be his shortcomings.

“There always has been a pendular nature to our politics, especially when you are talking about the presidency. The American people live with that incumbent and all his idiosyncrasies for four or eight years, and it is a natural impulse to try and correct for what they feel the incumbent lacks,” Axelrod said.

Josh Parks, the first-year representative of the College Republicans, emphasized that this election has been defined by perhaps what is the most glaring difference between President Obama and candidate Donald Trump—Trump’s abrupt, provocative demeanor.

“The role of experience in the current election is clearly of little importance. This goes not only for Trump and the Republicans, but equally for Bernie, Hillary, and the Democrats. The country wants a problem solver—someone who they believe can clean up the mess in Washington and get the country back on its rightful course,” he said.

Third-year Henry Bensinger, president of the University of Chicago Democrats, agreed that the role of etiquette in today’s politics has been diminished, and spoke about how this could be due in part to the way we conduct our elections.

“I can sit next to the College Republicans here and have a nice friendly chat, but out there in D.C. or in the state capitols, they don’t get stuff done because they’re too busy yelling at each other. I think that in the way primaries are set up, in a lot of ways they reward extremism. In the Republican field, where you have so many candidates, Trump stands out. He might only be getting 20–30 percent, but that could put him in first or second place,” Bensinger said.

“Now some, and particularly active Republicans, have come to see deliberation as weakness. They are weary of nuance and complexity, which they feel are excuses for inaction.

Against this backdrop, Trump offers the antithesis—the unencumbered, unapologetic Man of Action, who damns ‘political correctness’ and promises to tackle every problem through sheer moxie and will, to ‘make America great again,’” Axelrod said.